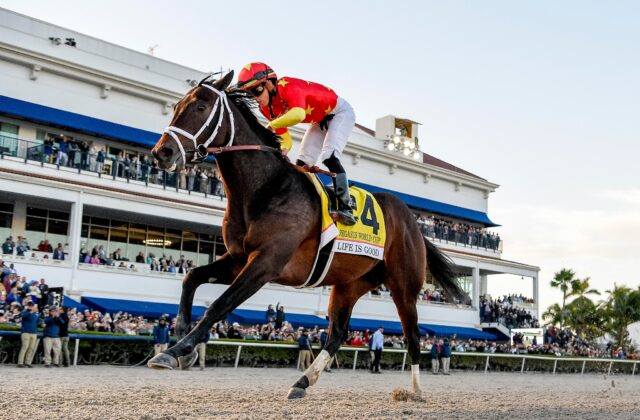 Is this the year you combine a vacation with your favorite sporting event?

Read on for dozens of events, destinations, and historic places that are sure to make your next vacation the one you’ll remember for years to come.

When it comes to sports tourism in Baltimore, it’s an absolute slam dunk. Visit Baltimore, along with the state of Maryland, and the Central Intercollegiate Athletic Association (CIAA®), the nation’s oldest historically Black athletic conference, will extend its stay in Charm City through 2025 after a resounding success to its first in-person Men’s and Women’s Basketball Tournaments in Baltimore in 2022. The newly renovated Baltimore Arena is set to serve as the primary venue for the event.

Two sports teams that come to fans’ minds are the Ravens and the Orioles. Whether you’re a supporter of the teams, general football and baseball fans, or looking to immerse yourself in local culture, catching a game live or at a local sports bar, is a quintessential Baltimore experience. The Baltimore Ravens got their name from the famous poem “The Raven” by Edgar Allen Poe, who called Baltimore his home until his untimely and mysterious death. Founded in 1996, the team has won two Super Bowls, in 2001 and 2013, and has qualified for the playoffs almost every season. The team plays at the M&T Bank Stadium, but you can get in on all of the game day action at places like Pratt Street Ale House just a few blocks from the stadium, the purple patio at Mother’s Federal Hill, legendary music venue Hammerjacks and Pickles Pub near Camden Yards.

Speaking of Camden Yards, the Baltimore Orioles, also known as the Birds or the O’s, have called the ballpark home since 1992 and is located just a few minutes from the iconic Inner Harbor. The Orioles are proud to have had some baseball legends put on the iconic white and orange jersey, including Luis Aparicio, Roger Bresnahan, Brooks Robinson, Eddie Murray and Calvin Edward Ripken, Jr., who played 2,632 straight games with the team, an MLB record that he still holds. But easily the most famous Oriole of all time is George Herman “Babe” Ruth, whose childhood home near the Yards is now the Babe Ruth Birthplace Museum. If you really want to be one with the locals, get ready to start the game with a special rendition of the Star Spangled Banner with a big “OH!” during the last stanza to honor the hometown team and the birthplace of the very anthem.

Baltimore has always been home to individuals who thrive on self-expression, authenticity and freedom. So, it’s no surprise that Charm City has a robust skater community. While many skaters have made Hampden’s Skatepark of Baltimore their destination of choice, there’s a new wave of parks opening around the city, including the Inner Harbor’s Rash Field Skate Park, and skater groups hoping to make the scene more inclusive to skaters of all races, gender identities and sexual orientations. 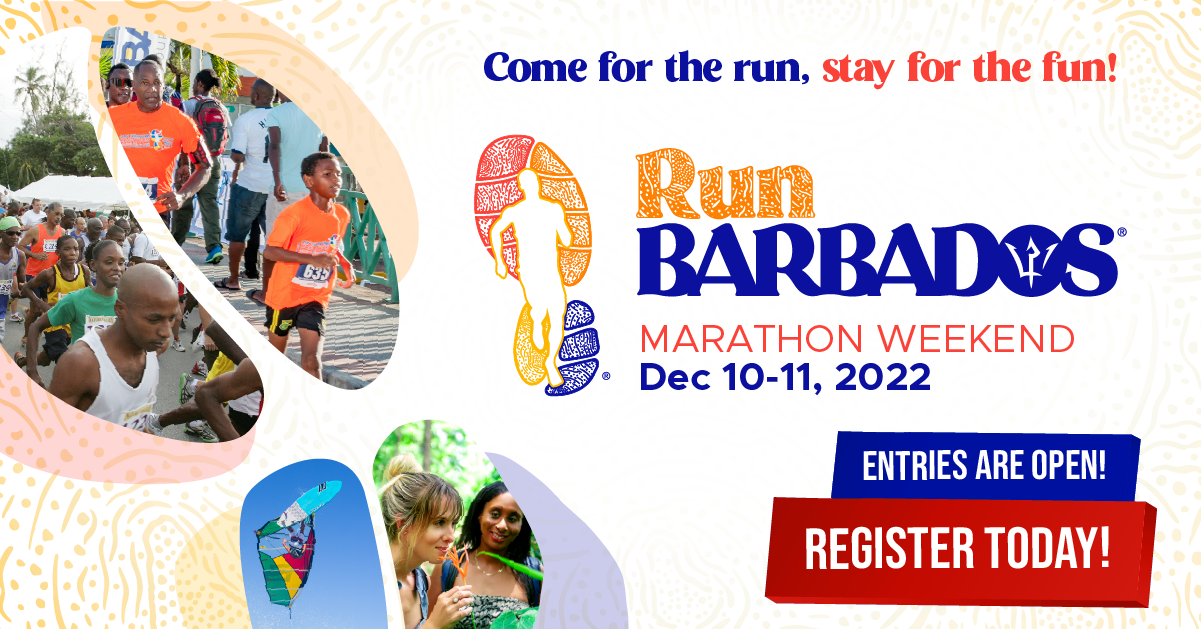 The 39th edition of Run Barbados series is scheduled for Dec 10th & 11th, 2022, and will feature a truly unique experience and a variety of races and race formats.

The choice of races worldwide is endless, but the Run Barbados event has distinguishing characteristics that can provide the experience of a lifetime. The friendly local culture, the sheer beauty of the island, and the marathon course that is both scenic and historic. The start and finish of the “out and back” primarily flat route is at the picturesque & rustic East coast of Barbados. Runners will enjoy the cool ocean breezes and the natural beauty of the East coast; combine these sights with the sounds of the steel pan, the local “Tuk bands,” and the highly appreciative local spectators, and you will have an unforgettable memory.

The wheelchair competitors are a welcomed and familiar sight on the race weekend, as are the families that come out to participate in the 5K walk. Every year the event also welcomes recreational runners from across the globe. Many of these runners have returned multiple times and made firm friendships with Barbadians and other foreign runners holidaying in Barbados.

Four decades have passed since the prestigious Run Barbados series was conceptualized by locals: Sir Austin Sealy and Carl Bayley. This exciting event has evolved into one of the premier sporting attractions on the island, with a festive atmosphere and a spirit of camaraderie that epitomizes the theme: “Come for the Run, Stay for the Fun!” 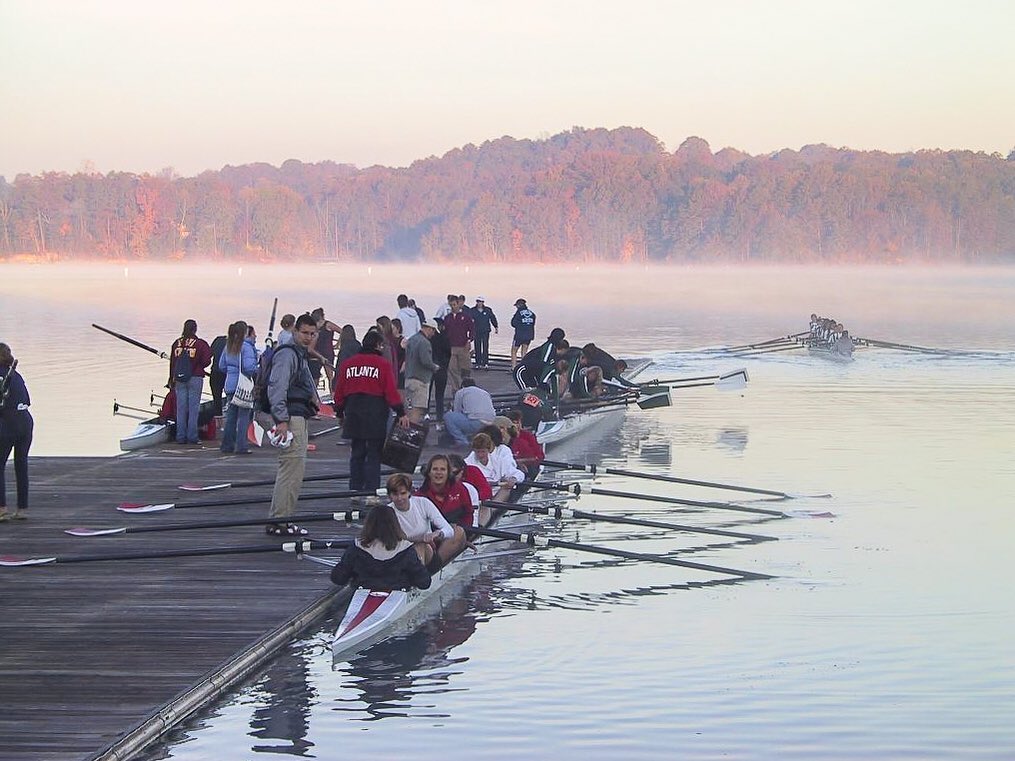 Chattanooga, Tennessee, connects a vibrant city with the scenic beauty of surrounding natural resources. Tucked in the foothills of the Appalachian Mountains along the beautiful Tennessee River, Chattanooga is a sports destination with world-class venues. During the past four years, Chattanooga has been the host city for more than 90 different events annually that include 35 types of sports – from marathons to softball series.

Chattanooga will host the annual Head of the Hooch regatta, one of the world’s largest rowing regattas, on the Tennessee River, which runs through the center of Chattanooga, November 5-6. 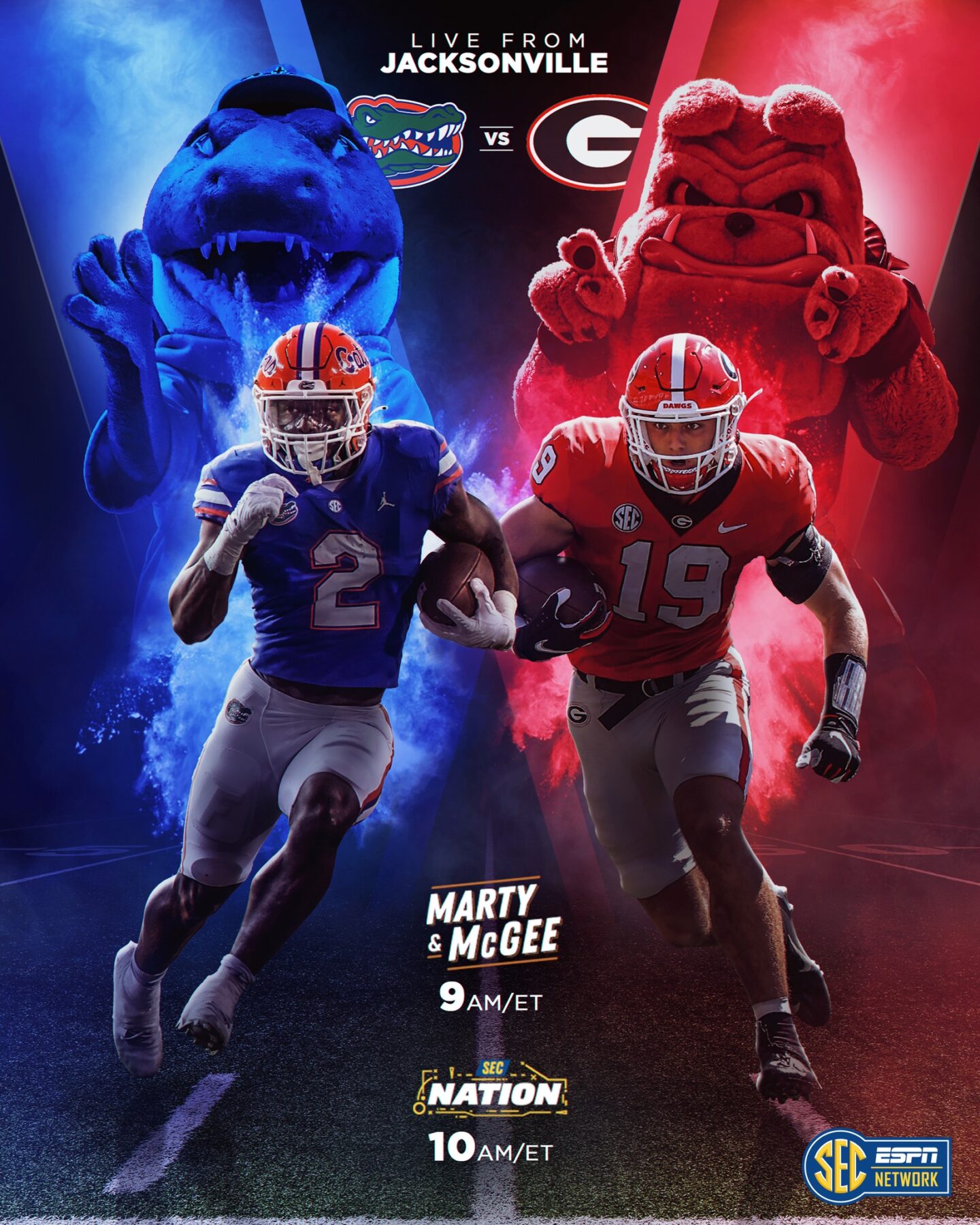 Jacksonville, Florida has a rich history of sports fanaticism, with plenty to offer both international and stateside sports fans. Since 1933, the River City has hosted the Georgia-Florida rivalry, a yearly college football game between the University of Florida and the University of Georgia that dates back even further to the early 1900s. Each year on Halloween weekend, the iconic national event brings in fans from across the country, attracting the largest amount of people that Jacksonville sees in a single weekend for the entire year – overnight attendees numbered at 67,200 in 2021, while official game attendance was 76,000, not including the thousands more that came for tailgates, parties, and the atmosphere at large.

On the professional American football front, Northeast Florida’s beloved home team, the Jacksonville Jaguars, are getting a brand new 125,000-square-foot sports performance center with two full-size grass practice fields and an indoor field; plus, fans will love the proposed team store, concessions zones, and shading viewing area of the $120 million-dollar facility, set to complete construction in 2025. Until then, international Jaguars fans can get a kick out of their annual UK game, the only NFL game played at Wembley stadium, which will see its 10th anniversary this year. Boasting the largest NFL fan club in the UK—the Union JAX—the Jaguars are the first and only team to make a multi-year commitment to play in NFL London games, having committed to playing one home game per season in the UK. As for soccer, Northeast Florida will be getting its first professional soccer team since 2018 with the announcement of JAXUSL, a new United Soccer League expansion club. The first club in the region to feature men’s and women’s pro soccer, JAXUSL will start play in 2025, developing a 15,000- capacity stadium and world-class training facility in the meantime. 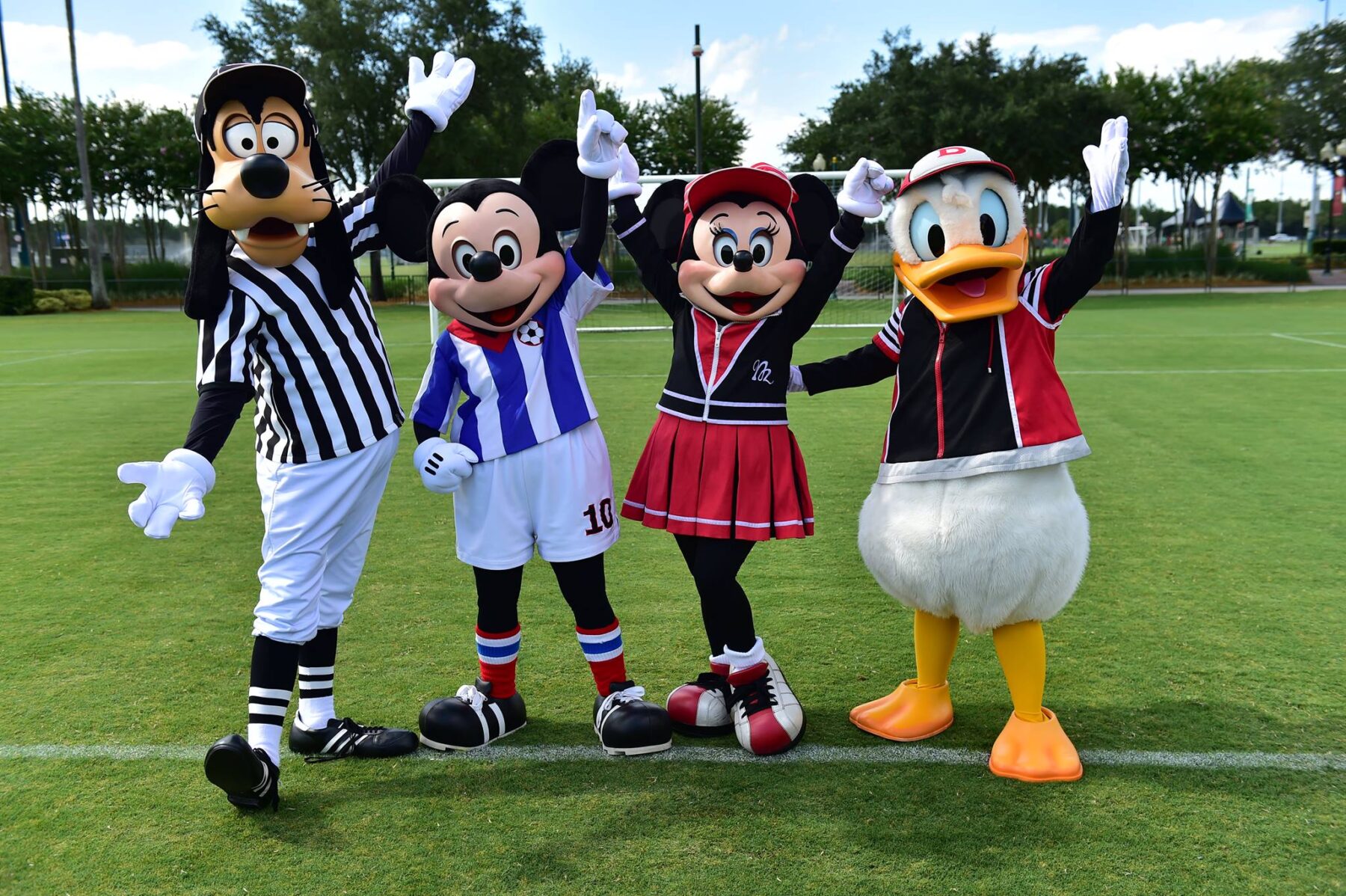 The country’s most fun town is never one to shy from excitement, especially when it comes to sports and games. While Kissimmee may be known for its theme parks, its sports centers and events are equally must-see attractions.

The ESPN Wide World of Sports Complex at Walt Disney World Resort spans an impressive 255-acres and hosts over 100 events each year, including the spring training for the Atlanta Braves and the UCA/UDA National College Cheerleading and Dance Team National Championship. This was also the venue for the “NBA Bubble” when the 2019-2020 season resumed after being suspended due to the COVID-19 pandemic and was a main venue for the Special Olympics 2022 earlier this year. The venue can hold up to 9,500 guests in the Champion Stadium and is home to three multi-purpose arenas, 17 multi-purpose fields and everything you need for just about any sport, from football, to gymnastics, to archery.

Fisherfolks will delight in the catch available in the waters of West Lake Tohopekaliga, better known as Lake Toho to locals. It’s known to the fishing community as one of the best bass lakes in the entire country. The lake’s shallow flats filled with healthy vegetation help fortify large populations of baitfish and bass. And those bass are big. Florida Wildlife Commission biologists say there is one bass over ten pounds for every ten acres of lake. Bassmaster Magazine calls Toho “the most consistent lake in the country for producing both numbers and trophy-sized bass.” Visitors can rent canoes or kayaks, fish from the bank, or hire a guide who knows the best spots for catching the big fish. Recently, Lake Toho has been named the location of the 2023 Abu Garcia College Fishing Presented by YETI National Championship Presented by Lowrance, Feb. 21-23, 2023. 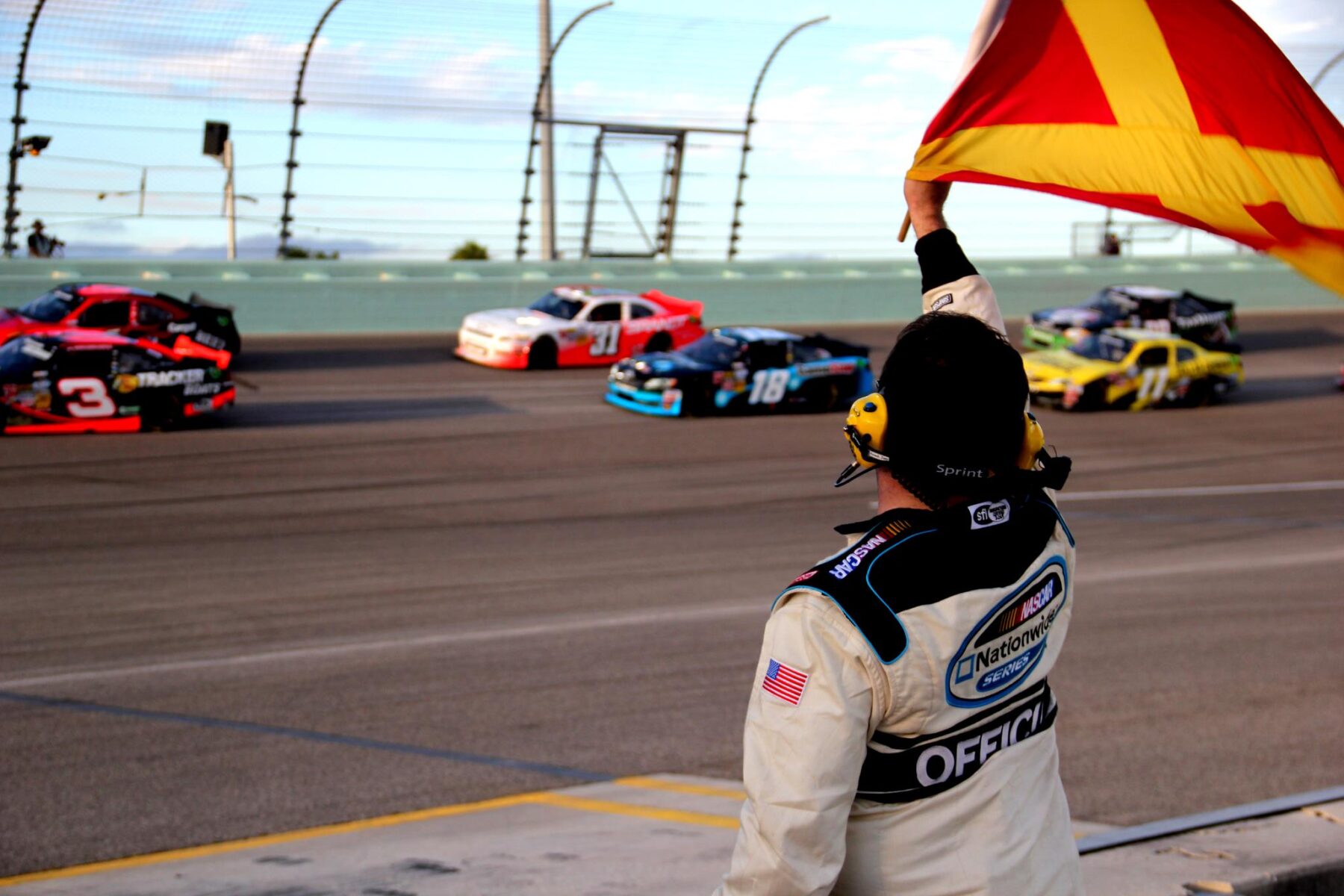 The NFL has chosen Miami to host the Super Bowl a record 11 times, more than any other city, and for good reason. From year-round sunshine to top-of-the-line sporting facilities and championship-winning teams, Greater Miami & Miami Beach is paradise for sports fans. Miami also hosts the Capital One Orange Bowl Football Game every year, and routinely hosts college football playoff and national championship games. Between the University of Miami Hurricanes and Florida International University Panthers, locals love cheering for the home team when it comes to college sports.

Attending a professional sports game in Miami is an experience unto itself. The Miami Marlins play at ultra-modern loanDepot Park, boasting a retractable roof and captivating art installations. Hard Rock Stadium’s outpost of legendary nightclub LIV is the place to watch a Dolphins game. And basketball fans must experience the excitement of cheering on the Miami HEAT to victory at FTX Arena, right in the heart of Downtown Miami. The Miami Open brings world-class tennis to Hard Rock Stadium every spring for tournament play featuring top-ranked stars. Hard Rock Stadium is also home to Formula 1 racing at its Miami International Autodrone. For NASCAR fans, the Homestead Miami Speedway hosts adrenaline-pumping races. Also, The Club Internacional de Fu’tbol Miami or Inter Miami CF for short, joined the Major League Soccer in the March 2020 season.

From golfing and boating to marathons and triathlons, Greater Miami & Miami Beach is also an ideal destination to participate in sports. With more than 20 highly rated golf courses, you can always find a tee time in Miami. From sailing lessons to deep-sea fishing and other boating charters, the waters of the Atlantic Ocean and Biscayne Bay await. Love putting your endurance to the test? Sign up for the Miami Marathon and Half Marathon, held every winter, or one of many other races throughout the year, from 5Ks to triathlons. 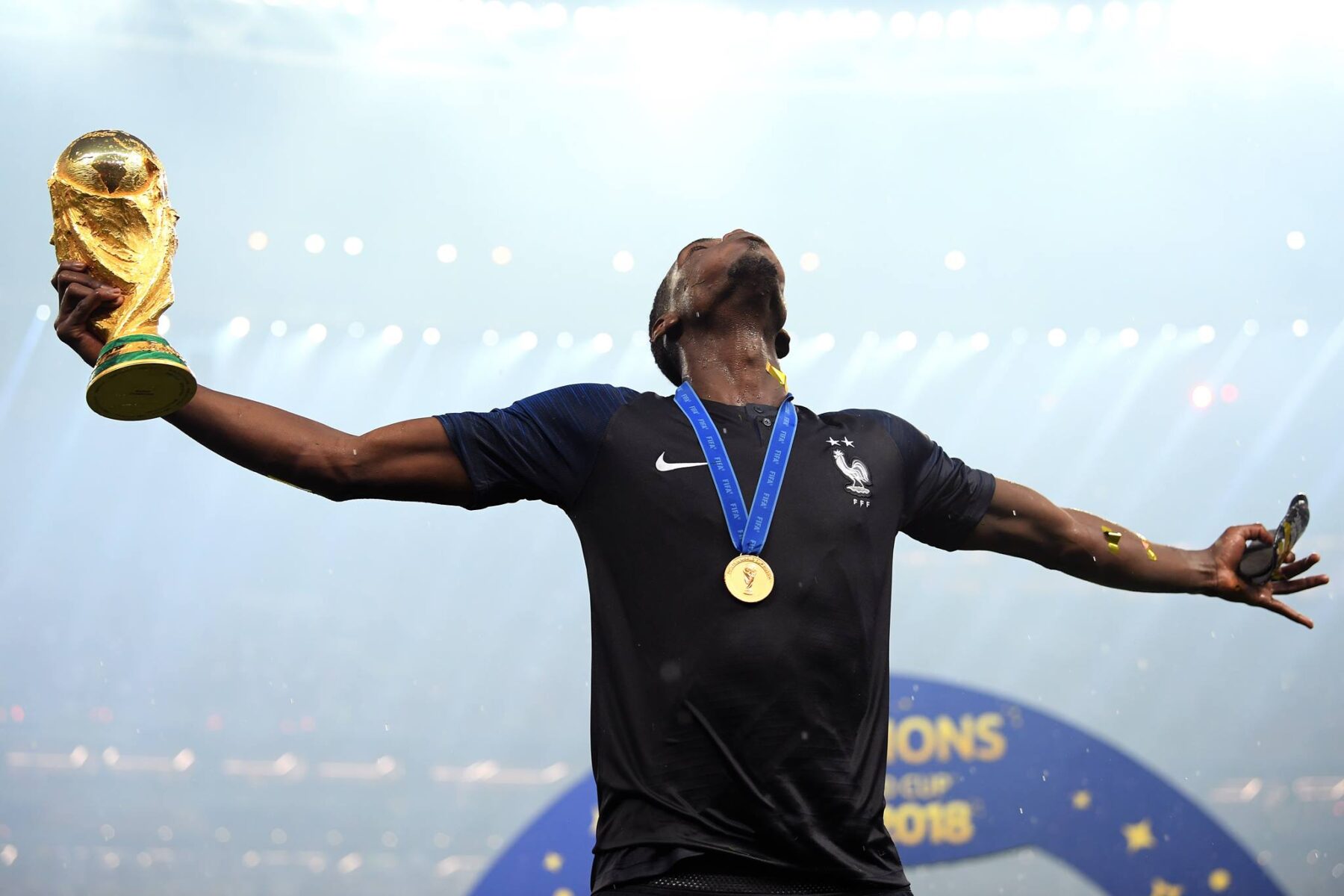 On June 16, 2022, FIFA – international soccer’s governing body – announced that it has selected Greater Miami & Miami Beach as a host destination for FIFA World Cup 2026™ matches. The 2026 World Cup will be held in cities across the United States, Canada and Mexico. Miami was one of 16 U.S. locations that bid to host matches.

“We’re honored that FIFA has chosen Miami to host the 2026 FIFA World Cup,” said David Whitaker, President & CEO of the Greater Miami Convention & Visitors Bureau (GMCVB). “Our GMCVB team, alongside the County and Hard Rock Stadium, as well as our hotel partners and community stakeholders, have worked tirelessly since 2017 through a very competitive process to bring the World Cup to Greater Miami & Miami Beach.” 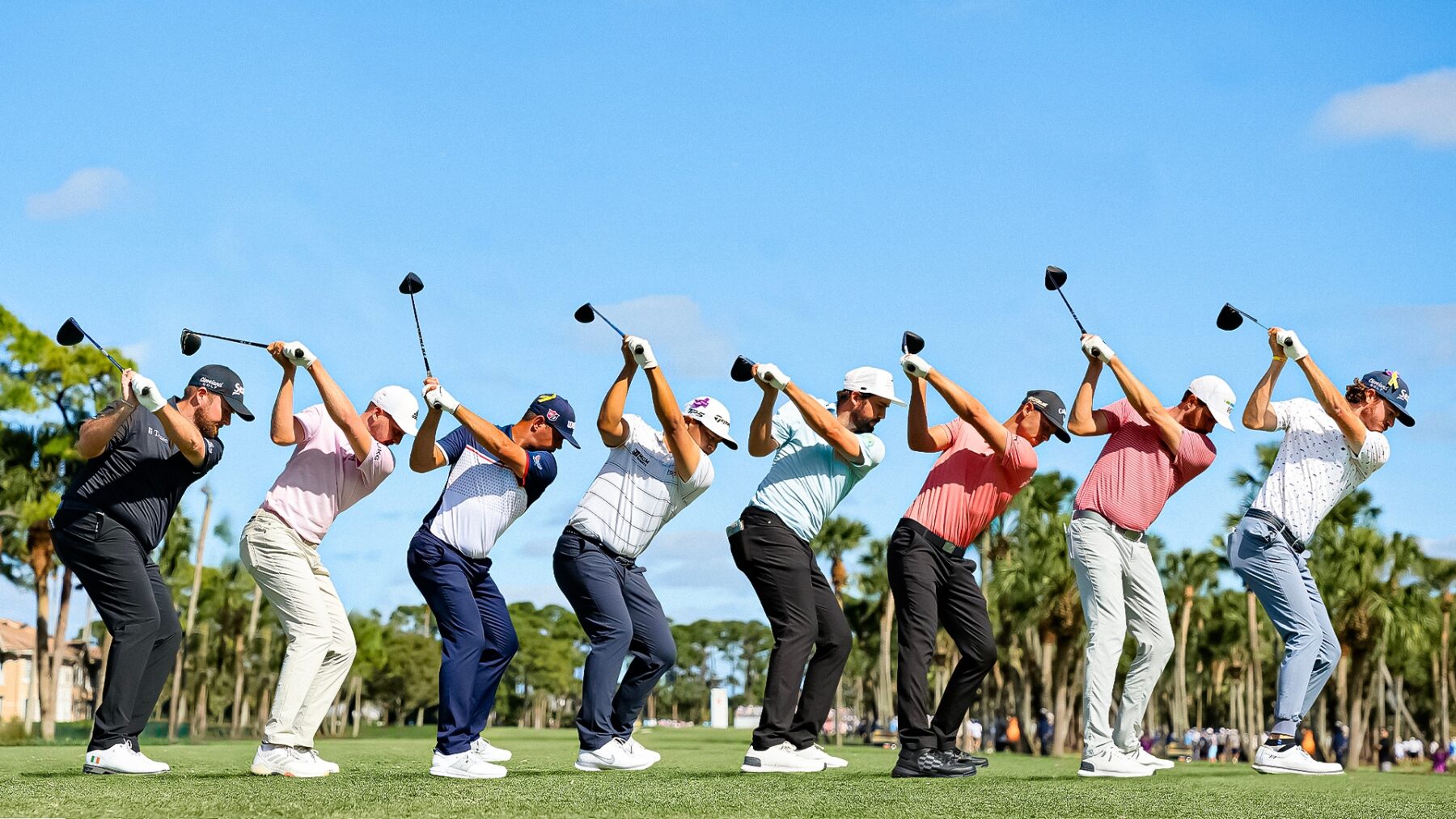