Posted by Tim Cotroneo on Tuesday, December 31, 2013 · Leave a Comment 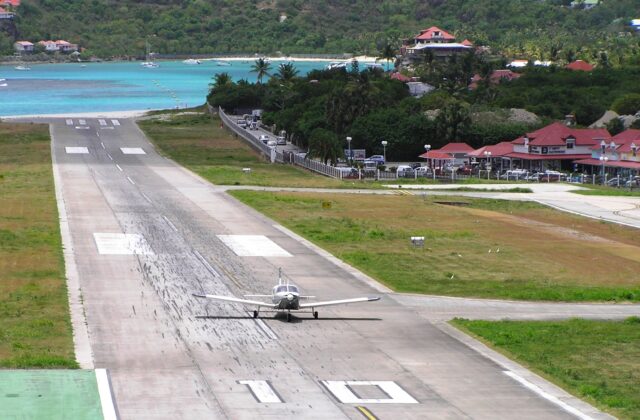 Bigger isn’t always better. At least that’s what you’ll discover about the airport in Saint Barths.

Landing at St. Barths quaint airport is a one-of-a-kind flight experience. It’s one of the few places in the world where your arrival can include a sensory experience of lush green hillsides, turquoise Caribbean Sea, and perhaps the excitement of a movie star sitting next to you? 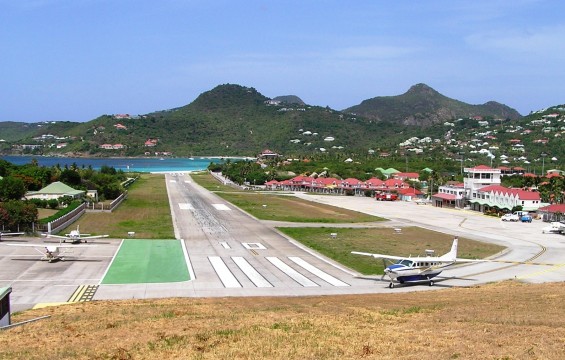 If you’re a bit of a thrill seeker, then the St. Barths landing strip is as good as it gets. Most U.S. landing areas are anywhere from 7,000 to 10,000 feet in length. By comparison, the sole landing strip at Gustaf III airport is a mere 2,133 feet. The good news is the expert pilots at St. Barths Commuter airline specialize in the softest landings in all the Caribbean. 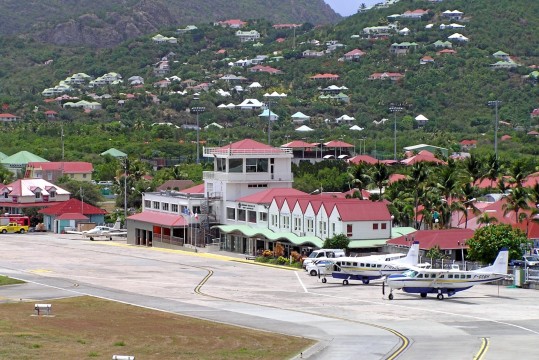 Airplanes arriving in St. Barths can hold no more than 20 passengers. That’s why you’ll be asked your weight prior to making airplane reservations. 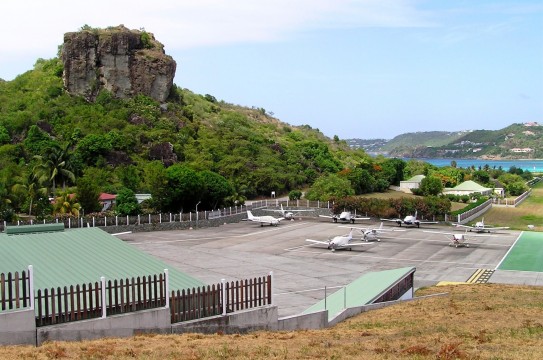 Your initial flight into St. Barths is an aerial painting of greens, blues, and the red rooftops of neighboring villas. Keep an eye out for sun worshipers at the St. Jean Beach hugging one end of the landing strip. 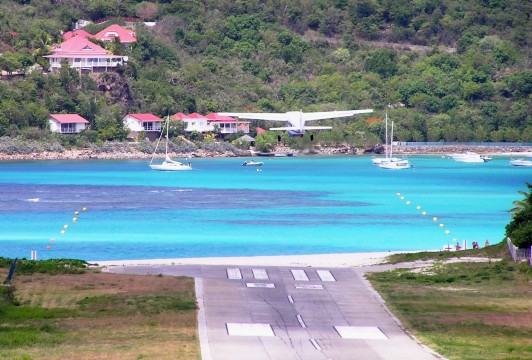 If a trip to St. Barths is on your 2014 vacation calendar, then “good things come in small packages” could be the best way to describe flying into one of the most colorful settings on the planet.