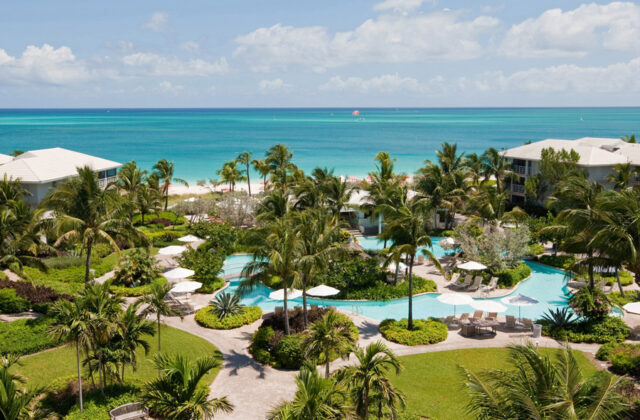 Rum. That’s Arjay Vyas’ single word answer for the secret to making friends on the Turks and Caicos Island of Providenciales.

Vyas, the Food and Beverage Director at Ocean Club West Resort, was turned on to rum eight years ago when he joined a monthly club that gathered to sample, share, and discuss the legendary spirit. At his job located on scenic Grace Bay Beach, Vyas makes it his mission to inspire guests to enjoy a liquid whose roots trace back to sugar cane. 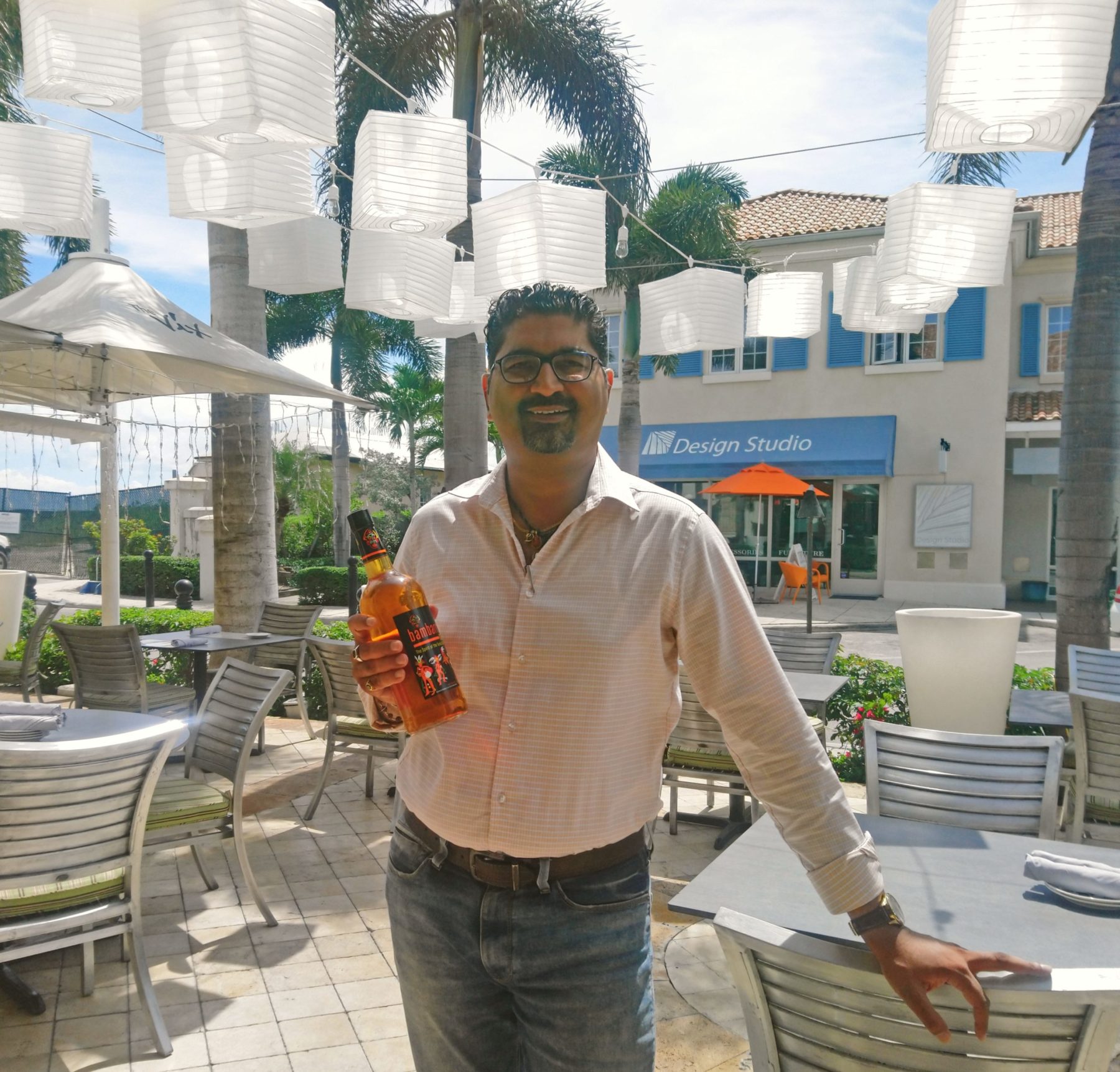 One of Vyas’ favorite ways to share his wealth of knowledge is by inviting Ocean Club West guests to a rum tasting. Vyas knows that his resort’s oceanfront atmosphere adds the perfect ambiance for sipping, celebrating, and gaining a new appreciation for rum.

A Table Turns to Rum 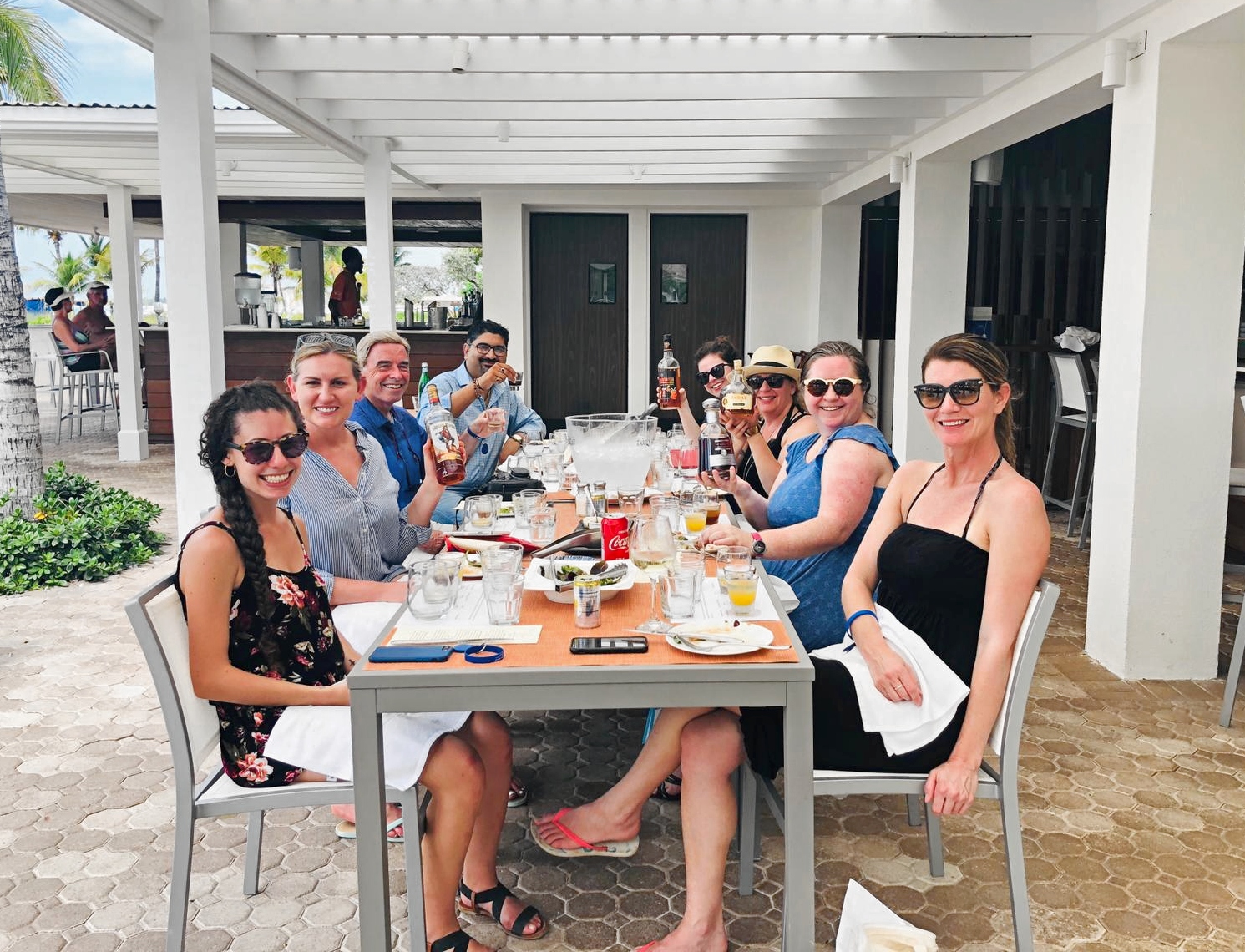 When you begin relaxing in the paradise that is Ocean Club West, it’s hard to resist adding a splash of rum to the mix. The resort’s palm trees, lush gardens, swimming pools, light music, ocean waves, and amazing Grace Bay Beach sets a rum stage like no other.

Seven new rum aficionados surrounded a table holding gold, white, and spiced bottles of high-octane nectars. Vyas has done this before, and he knows that the way to a new rum taster’s heart is through humor, history, and a healthy dose of Caribbean appetizers.

On this day Vyas left nothing to chance. His guests connected with their inner Caribbean by sampling conch salad, jerk chicken, coconut shrimp, and even a rum cake for dessert. With their taste buds now in island overdrive, Vyas introduced his already smiling rum newbies with a glimpse into what would transpire over the next intoxicating hour. 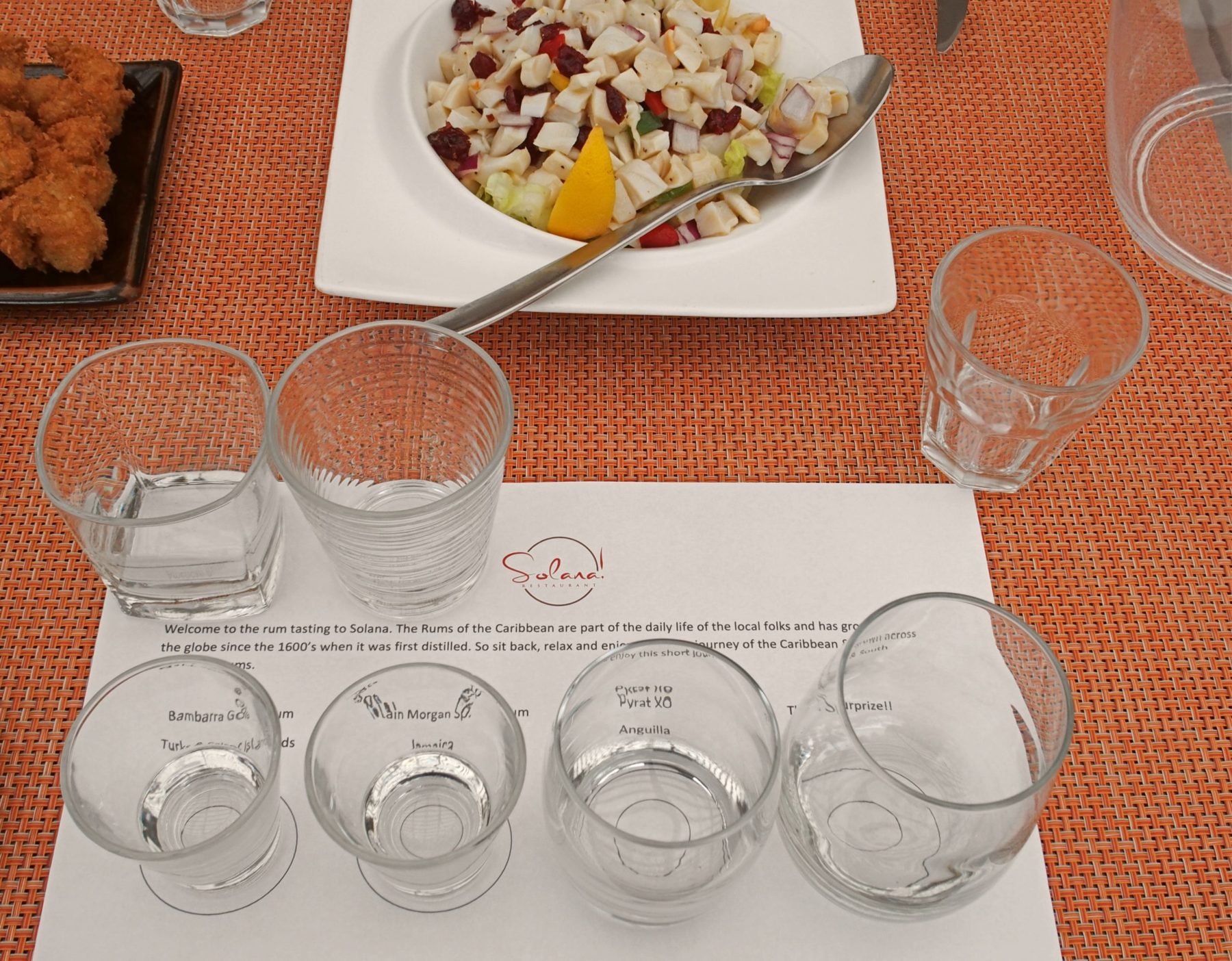 Vyas provided each taster with an illustrated placemat. This paper tray displayed a primer to rum basics, and the outlines of four shot glasses. The placemat also revealed that the spirits in this Caribbean rum Olympics would be Bambarra Gold, Captain Morgan, Pyrat from Anguilla, and a surprise rum from Vyas’ own preferred stock.

Not all rums are created equal, Vyas explained. At least when choosing a rum worthy of sipping on its own. Pyrat Rum and the surprise rum both fit like a glove when it comes to drinking solo or sans cocktail mix.

By comparison, Bambarra Gold tastes extra smooth when a half glass of pineapple juice is added. Captain Morgan is enhanced when Cocoa Cola was splashed on top. For the grand finale, Vyas revealed one of his all-time favorites.

The Truth About Rum 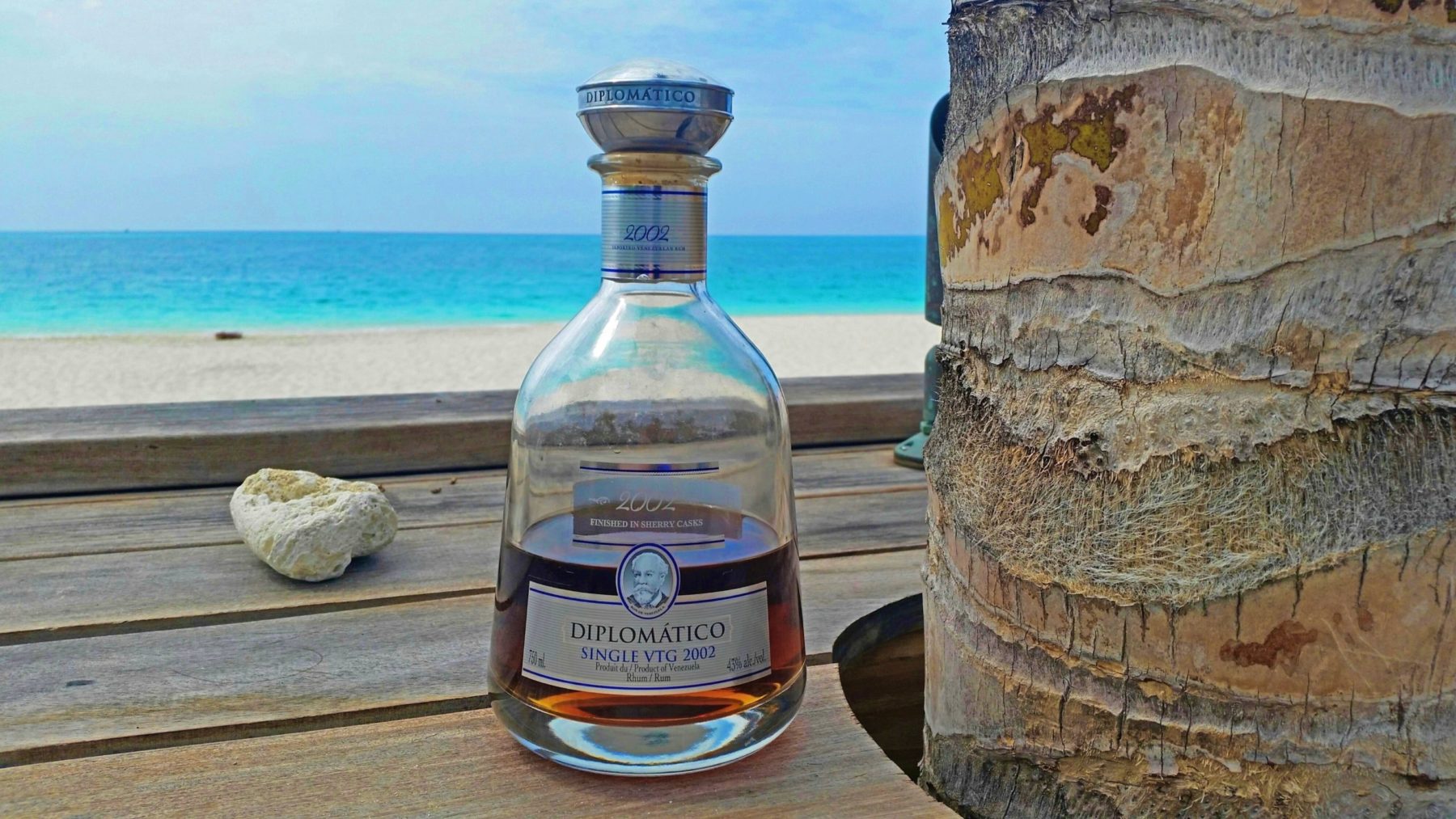 Vyas caressed the surprise rum like a proud father. Diplomatico, from Venezuela, had been aged almost 40 years before being poured in honor of his rum tasters. The new rum kids on the block nodded in unison when asked if Diplomatico was smooth. The nodding continued when they were asked if they’d like another.

The rum tasting had evolved full circle, and Vyas could barely contain his grin. What this congenial Food and Beverage Director had learned over eight years had rung true again.

The rum tasters were connecting on another level, the stories were flowing, and all was right with the world. On the shores of Grace Bay Beach, one thing was for sure: rum makes friends. 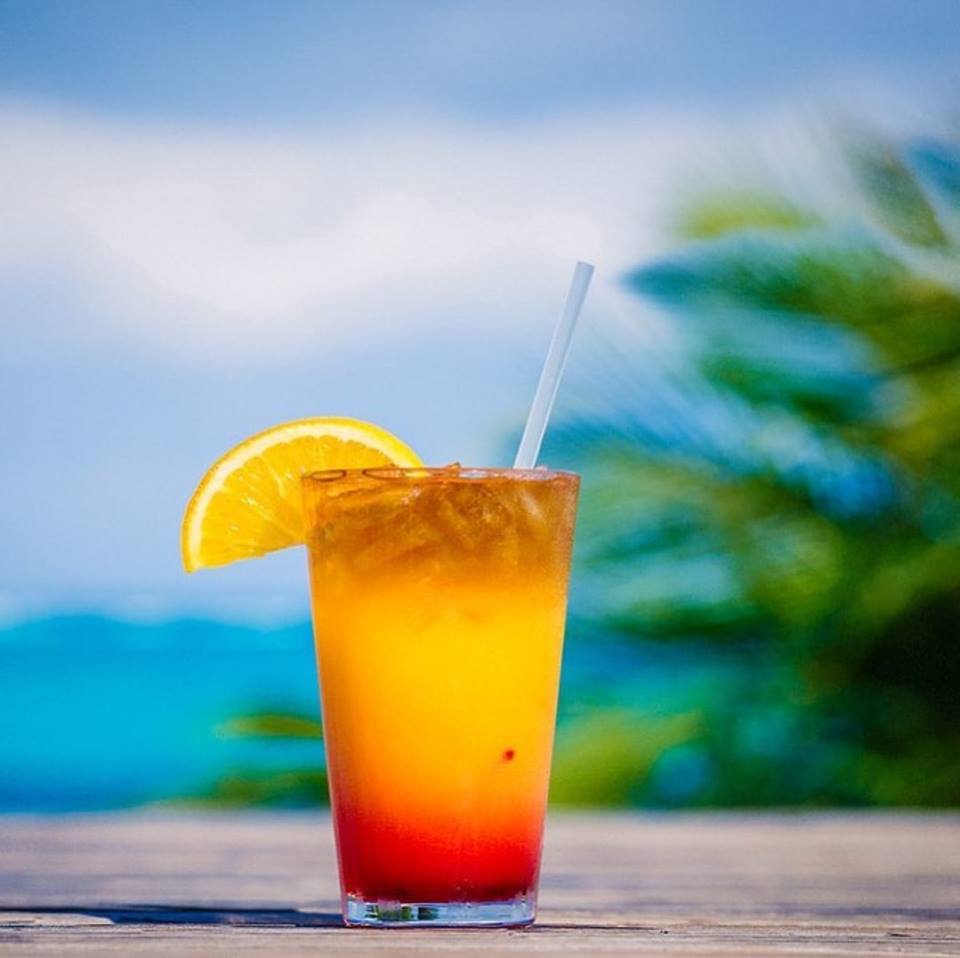