Posted by Tim Cotroneo on Tuesday, September 3, 2019 · Leave a Comment 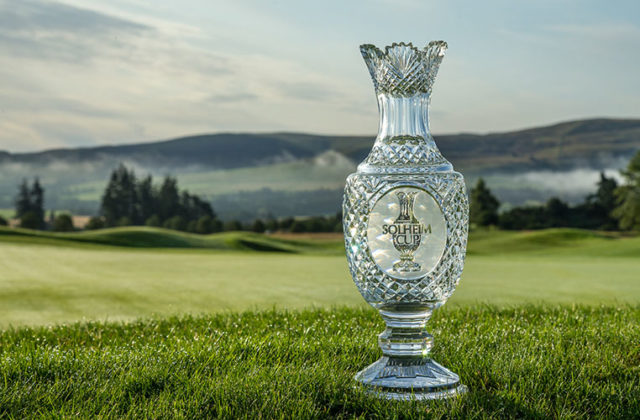 Geneva, Switzerland, 3 September 2019 – From 13–15 September, The Solheim Cup, the world’s premier women’s team golf event, returns to Scotland where it will be staged at the iconic venue of Gleneagles for the first time.

First held in 1990 and contested every two years, alternately in the United States and Europe, The Solheim Cup pits the best female golfers from Europe against their counterparts from the USA. The event comes to Scotland for a third time, having been staged at the Dalmahoy Country Club in 1992 and at Loch Lomond Golf Club eight years later, with Europe winning on both occasions.

At Gleneagles, the two teams of 12 players will compete over 28 matches, with eight foursomes and eight fourballs played across two days, before the action draws to a close with 12 singles matches on the final day.

This 16th edition has special significance for Rolex, which is celebrating 25 years as the Official Timekeeper of The Solheim Cup. For more than five decades, the brand has supported golf at every level; from elite players and legends of the game, to international federations and amateur tournaments. The long-standing relationship with The Solheim Cup is of particular importance to Rolex, highlighting the brand’s perpetual commitment to supporting the women’s game.

In 1980, Rolex forged a seminal partnership with the Ladies Professional Golf Association (LPGA) laying the foundations for an enduring relationship with the women’s game that continues to grow and flourish today.

Rolex counts some of the best women golfers among its Testimonees, including Annika Sörenstam, a two-time winner of The Solheim Cup for Team Europe, and Nancy Lopez, the winning USA team captain at the 2005 edition. Lopez, a member of the team that won the inaugural event, continues to influence the competition, this year as a non-playing assistant captain for Team USA.

As the Official Timekeeper of all five women’s Majors and founding partner of the Rolex Women’s World Golf Rankings, Rolex is part of the fabric of the women’s game. The brand recently established an annual award to celebrate those who have made a significant contribution beyond the fairways to give others the prospect of a better future: The Evian Championship Prize for a Better Tomorrow.

Speaking about the impact Rolex has had on the women’s game, 10-time Major winner Sörenstam said: “Women’s golf has always been a second thought in some companies’ minds, but not in Rolex’s. They’ve been there from the beginning and supported the game at different levels.” 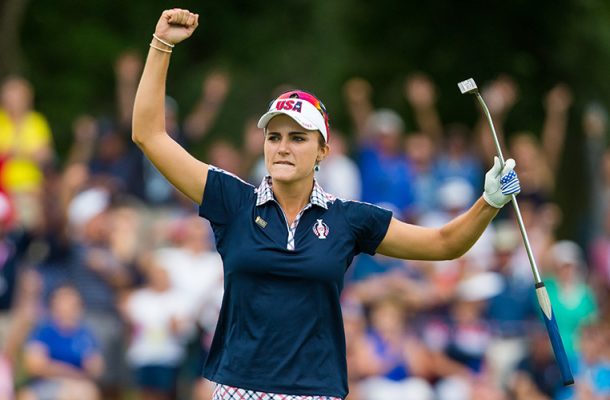 Over the past quarter of a century, Rolex has been present for some of the most memorable moments in The Solheim Cup history. Two Testimonees will once again put aside their pursuit of individual glory in the hope of securing team victory at Gleneagles.

Representing Team Europe for a sixth time, Sweden’s Anna Nordqvist will draw on her extensive experience of The Solheim Cup, including her outstanding performance two years ago in the USA. At the Des Moines Golf and Country Club, Iowa, the Swede did not lose a match, earning 3.5 points, the most by any Team Europe player that year. With two Major wins to her name – the 2009 Women’s PGA Championship and The Evian Championship in 2017 – Nordqvist has all the attributes to thrive in the most high-pressured situations.

Fellow Testimonee and World No. 3 Lexi Thompson is also a veteran of The Solheim Cup, having already represented Team USA on three occasions despite being only 24 years old. On her 2013 debut aged 18, she became the USA’s youngest ever player. Like Nordqvist, Thompson has an impressive record at the event, recording three points in consecutive events (2015 and 2017) when helping Team USA to victory. A Major winner at the 2014 Kraft Nabisco Championship, now called the ANA Inspiration, she too will draw on her experience to help her team strive for victory at this year’s edition.

Golf fans around the world will hope to see a revival of the duo’s memorable singles match at The Solheim Cup in 2017 – one of the greatest in the event’s history. On the final day in Des Moines, Thompson was four down with nine to play, but played the next seven holes in eight under par, including a pair of eagles. Only a birdie three at the last enabled Nordqvist to square the match. 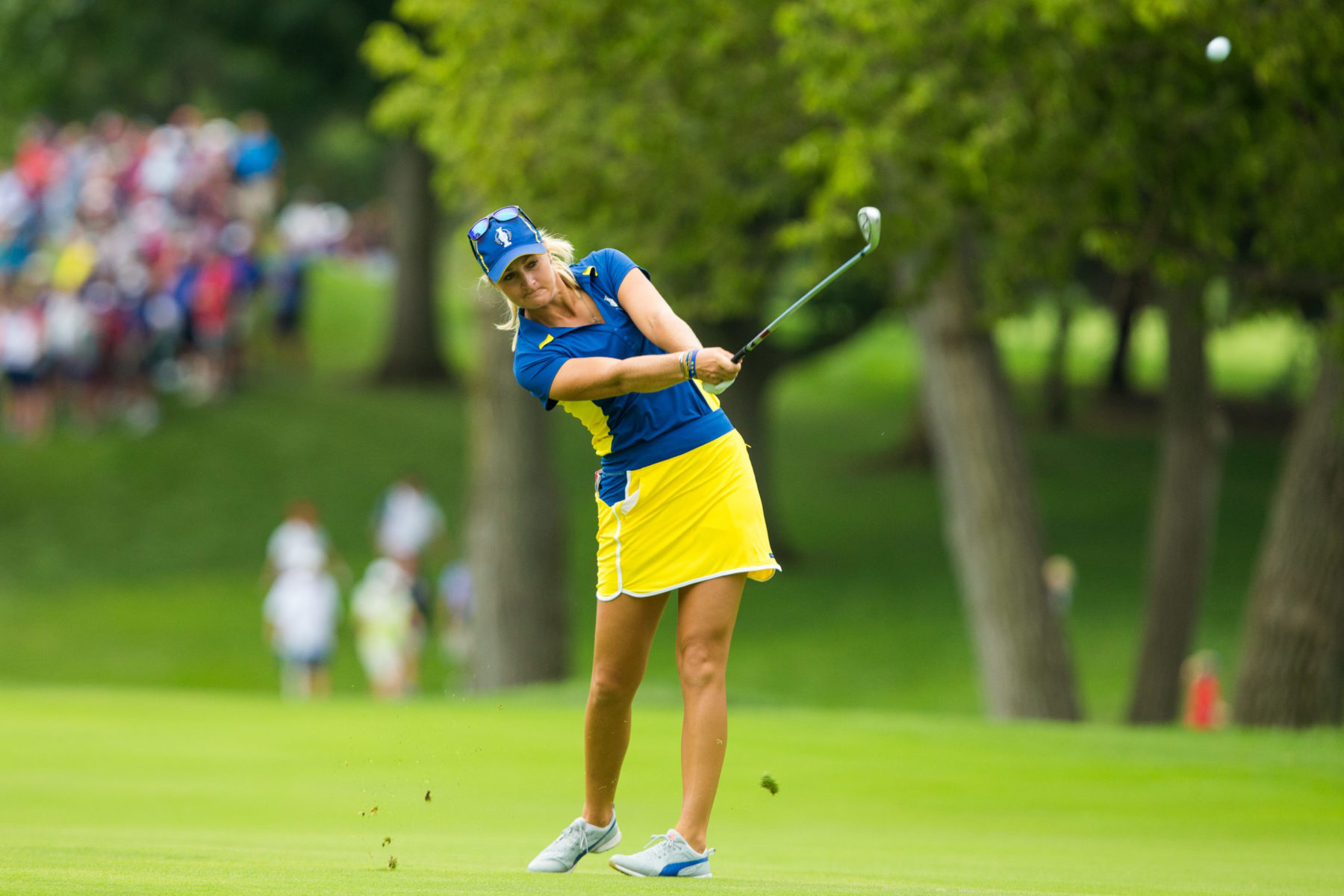 An unrivalled reputation for quality and expertise

Rolex, a Swiss watch manufacture headquartered in Geneva, is recognized the world over for its expertise and the quality of its products. Its Oyster Perpetual and Cellini watches, all certified as Superlative Chronometers for their precision, performance and reliability, are symbols of excellence, elegance and prestige. The word “Perpetual” is inscribed on every Rolex Oyster. But more than just a word on a dial, it is a philosophy that embodies the company’s vision and values. Hans Wilsdorf, the founder of the company, instilled a notion of perpetual excellence that would drive the company forward. This led Rolex to pioneer the development of the wristwatch and numerous major watchmaking innovations, such as the Oyster, the first waterproof wristwatch, launched in 1926, and the Perpetual rotor self-winding mechanism, invented in 1931. Rolex has registered over 500 patents in the course of its history. A truly integrated and independent manufacturing company, Rolex designs, develops and produces in-house the essential components of its watches, from the casting of the gold alloys to the machining, crafting, assembly and finishing of the movement, case, dial and bracelet. Furthermore, Rolex is actively involved in supporting the arts and culture, sport and exploration, as well as those who are devising solutions to preserve the planet.