Posted by Tim Cotroneo on Thursday, August 8, 2013 · Leave a Comment 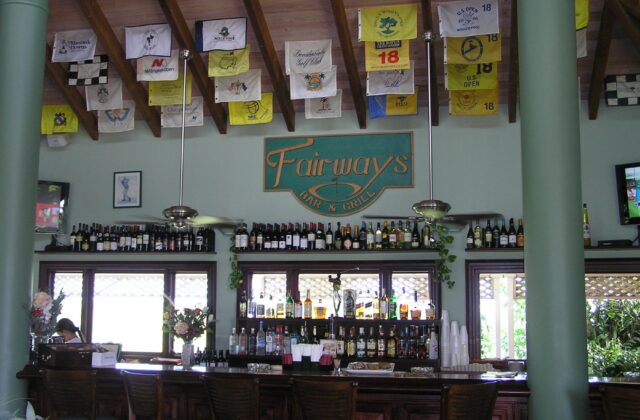 Each golf course has it’s own personality. At Provo Golf Club in the Turks and Caicos Island of Providenciales, one of the most distinctive aspects of this Caribbean course can be found on the inside, rather than outside.

For newcomers to the only golf course found in the Turks and Caicos Islands, one’s eyes can’t help but lift upward when entering their classy clubhouse. Draped from the ceiling are dozens of golf flags from many of the most famous and infamous golf courses in the world. 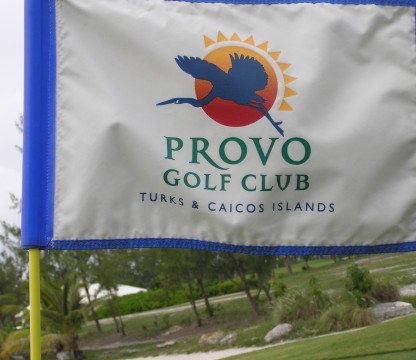 If you prod one of the Provo staffers a bit, you discover that each flag has a compelling story. The background on how an individual flag arrived in Providenciales usually has a delicious twist. 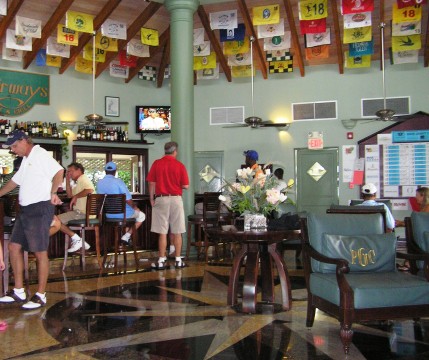 Pick your favorite club, whether it’s Pebble Beach, Augusta, Royal Troon, you name it, the chances are good you’ll see it presented at Provo Golf Club. The best way to learn about the flag’s lineage is over an ice cold home-brewed Turks Head Beer. 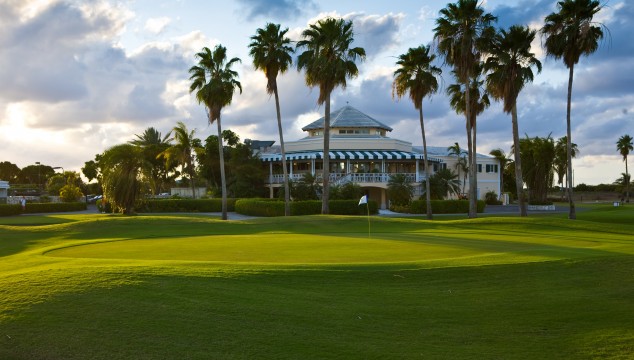 Oh yes, as long as you’re at Provo Golf Club, you’ll also love what’s outside. Provo has been ranked as one of the Top 10 courses in the Caribbean. On the first day of this year’s PGA Championship, you still have a few days to fly to Providenciales (airport symbol PLS) and catch the final round at Provo Golf Club. Provo’s a great venue to shoot for the flag. http://www.provogolfclub.com/