Posted by Tim Cotroneo on Tuesday, February 3, 2015 · Leave a Comment 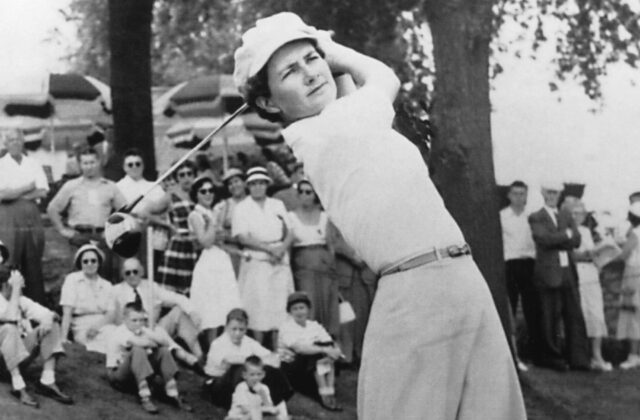 If you want to get the Historian of the World Golf Hall of Fame fired up, ask him about Louise Suggs. In the year since Dr. Anthony “Tony” Parker made his way from St. Andrews to St. Augustine, FL, increasing public awareness of Louise Sugg’s impact on the game of golf was near the top of his priority list.

Parker was able to prominently showcase Suggs’ story by featuring her in a new pictorial exhibit in the Hall of Fame’s front entrance. Just 15-feet down the hall from a life-sized photo of Jack Nicklaus’ 1986 Masters moment is a huge image of Suggs, one of the World Golf Hall of Fame’s first female inductees.

Suggs photo rubs elbows with other golf legends in an area Parker refers to as the Gallery of Giants. Her inclusion in this new exhibit wasn’t revealed until the now 91-year-old Georgia native could see it for herself. When Parker showed the Hall of Fame Charter Member her floor-to-ceiling photo, both Suggs and Parker broke down in tears. “There’s a reason we fondly call this ‘Goose bump Gallery’,” Parker said.

Kathy Whitworth – Second to None 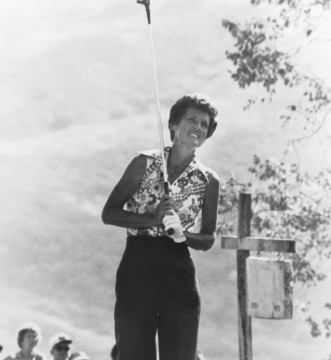 Jack Nicklaus finished second in PGA tour events an eye-opening 58 times. By comparison, Kathy Whitworth not only leads the LPGA with 88 first place trophies, she finished second an amazing 90 times. Whitworth’s perseverance and success is even more compelling when you realize she almost quit the game altogether after her rookie season garnered less than $1300 in earnings.

After her humbling 1959 pro start, Whitworth turned to legendary golf coach Harvey Penick for encouragement. It’s an understatement to say that whatever Whitworth and Penick discussed worked. Whitworth won eight professional tournaments in 1963, and in 1981 she became the first player in the LPGA to amass $1 million dollars in career earnings.

Whitworth would go on to be the leading money winner on the LPGA tour eight times. Whitworth’s 88 tournament victories are still the most by any professional golfer, male or female. With a career spanning three decades, this New Mexico native will be remembered as the golfer who was second to none. 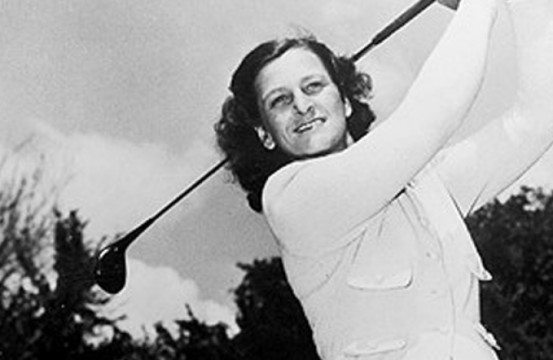 Along with Olympian Althea Gibson, Babe Zaharias may be the best pure athlete to ever play the game of golf. Zaharias, whose pro golf career began in 1947, won her first amateur event just a year after she took up the game in 1939.

Before flourishing as a pro golfer, Zaharias played professional tennis and baseball. Her baseball hitting skills were so impressive that her given name of Mildred would give way to the nickname “Babe,” after the “Bambino” Babe Ruth.

Zaharias was regularly asked the secret to her towering drives off the tee. Tony Parker revealed that Zaharias’ favorite explanation for her driving prowess was, “Just loosen up your girdle and let ‘er rip.”

Zaharias would go on to win 41 career victories including four majors. She was inducted into the Women’s Golf Hall of Fame in 1951. Fellow Hall of Famer Patty Berg called Zaharias “the most physically talented woman I’ve ever seen.” Zaharias’ was nothing if not tenacious. Her last seven pro victories came after she was diagnosed with early stage cancer.

As of 2014 there are 35 women inductees in the World Golf Hall of Fame in St. Augustine, FL. Their stories, life hurdles, and golf accomplishments are all brilliantly captured in 45,000-square-feet of museum space. If you are a lover of golf, lover of history, or have a daughter with an inclination for hitting a round ball with a square club, visit the World Golf Hall of Fame. See if Tony Parker’s Gallery of Giants gives you goose bumps.