La Cana in Punta Cana – Speaking the Language of Golf

Posted by Tim Cotroneo on Thursday, March 5, 2020 · Leave a Comment 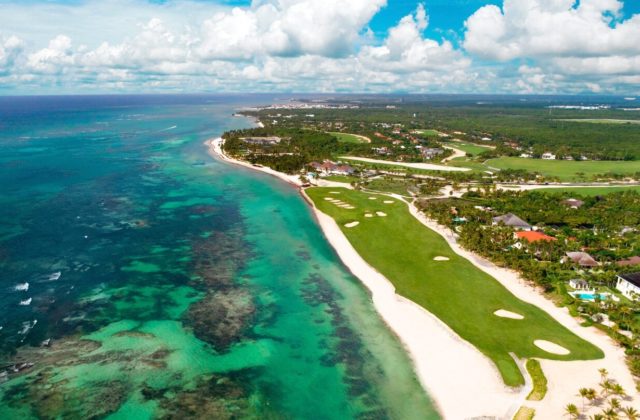 In 2000, golf course designer P.B. Dye had an aerial game plan when he met with Frank Rainieri to discuss who would eventually design a new golf course on Rainieri’s Puntacana Resort. “I knew Frank was a pilot, and I had also been a pilot. I went into the meeting looking to speak Frank’s language,” Dye said.

Dye knew that Rainieri was set on maintaining the palm trees lining the center of his resort’s southern coastline. Dye believed that by simply relocating those palm trees, Rainieri would own a real estate dream come true. 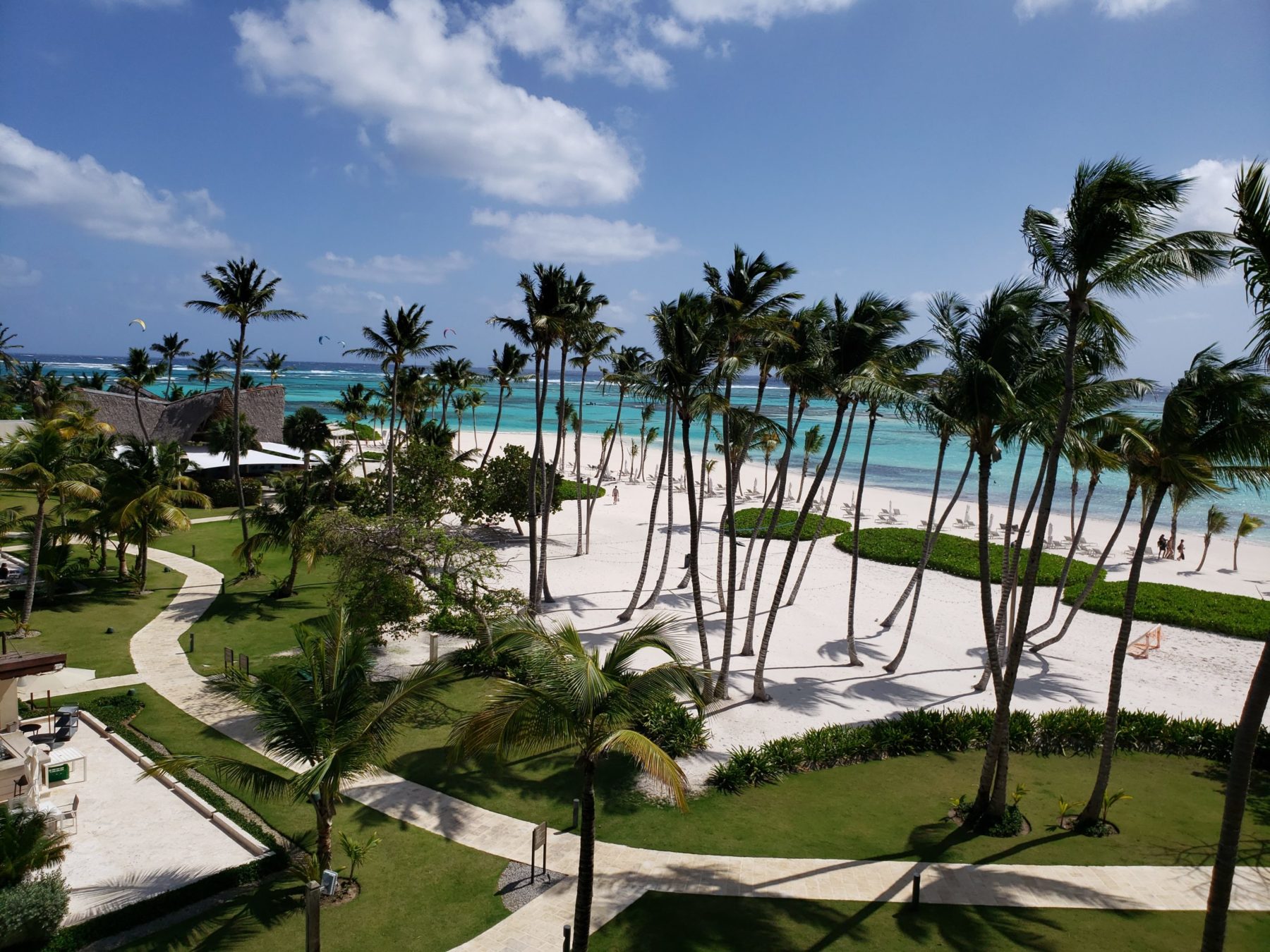 “I believed that by moving these coconut trees inland about 300 feet, passengers flying to the Punta Cana International Airport, would look down and see the turquoise Caribbean Sea on the left, the new golf course in the middle, and million-dollar homes on the right. Add some white sand to this picture, and I was convinced this land would generate income for Frank’s great grandchildren for years to come,” Dye recalled. 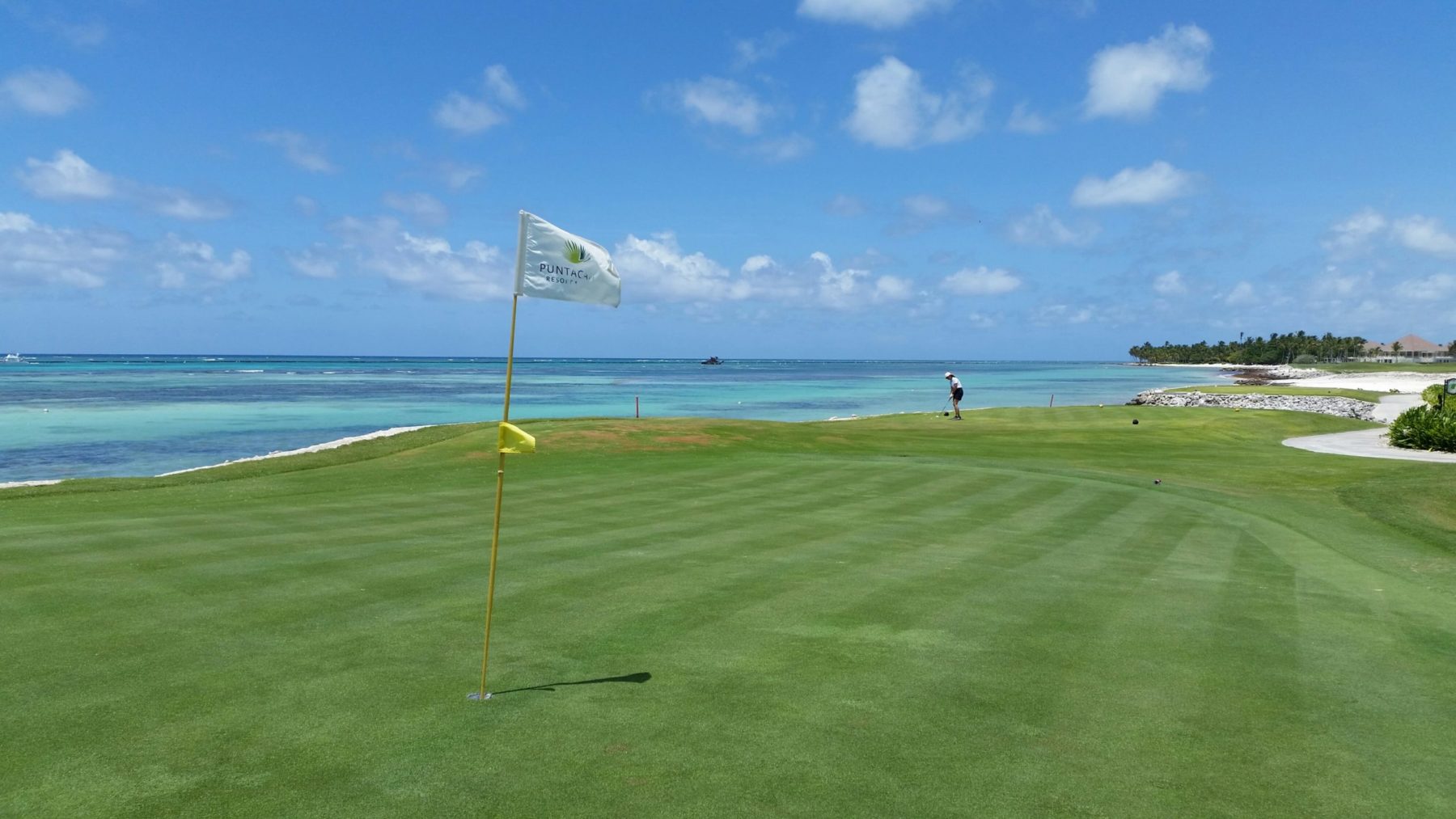 Today’s 7100-yard La Cana Golf Course is every bit the dream layout that Rainieri and Dye formulated nearly 20 years ago. Dye’s love affair with the Dominican Republic, and specifically La Cana, runs so deep that he owns a home on the Tortuga front nine. “Frank asked me where I thought the most premium parcel of real estate on La Cana was located. When I told Frank which lot I thought was the best, he said, “It’s yours,”” Dye said.

Dye’s Dominican roots were planted long before he designed La Cana’s amazing layout. “I’ve been building golf courses with my Dad, Pete Dye, since I was 10 years old. He placed me on a bulldozer when I was just a kid. I worked on Teeth of the Dog back in 1971. I’ve been blessed to spend a major portion of my life in the D.R.” Dye said. 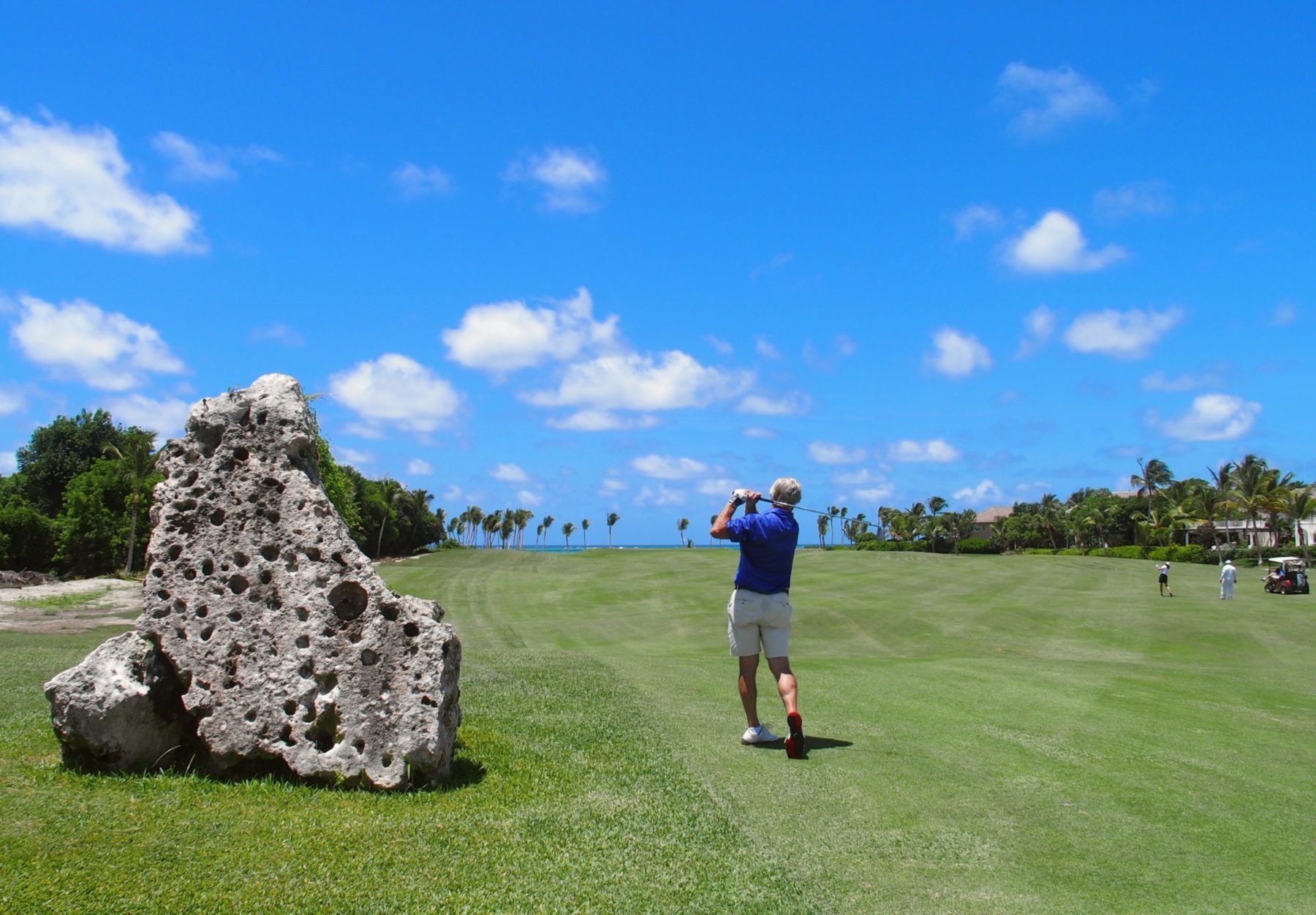 When Dominican-born designer Oscar de la Renta arranged Dye’s meeting with Rainieri during Puntacana Resort’s early years, Dye was ready. After their initial course discussion, Rainieri asked how much time Dye would need to formulate a design. Dye replied that if Rainieri would provide a room for one night, he would show Rainieri, and his engineering group, a detailed plan at breakfast the next morning.

As Rainieri and Dye drove what was to become La Cana, Dye pointed out 14 holes that would view the ocean. Dye also showed Rainieri lots that would be home to luxury villas on the beach. When Rainieri asked Dye when he could begin, Dye chuckled and replied, “I’ve already started.”

Postcard on the Ocean 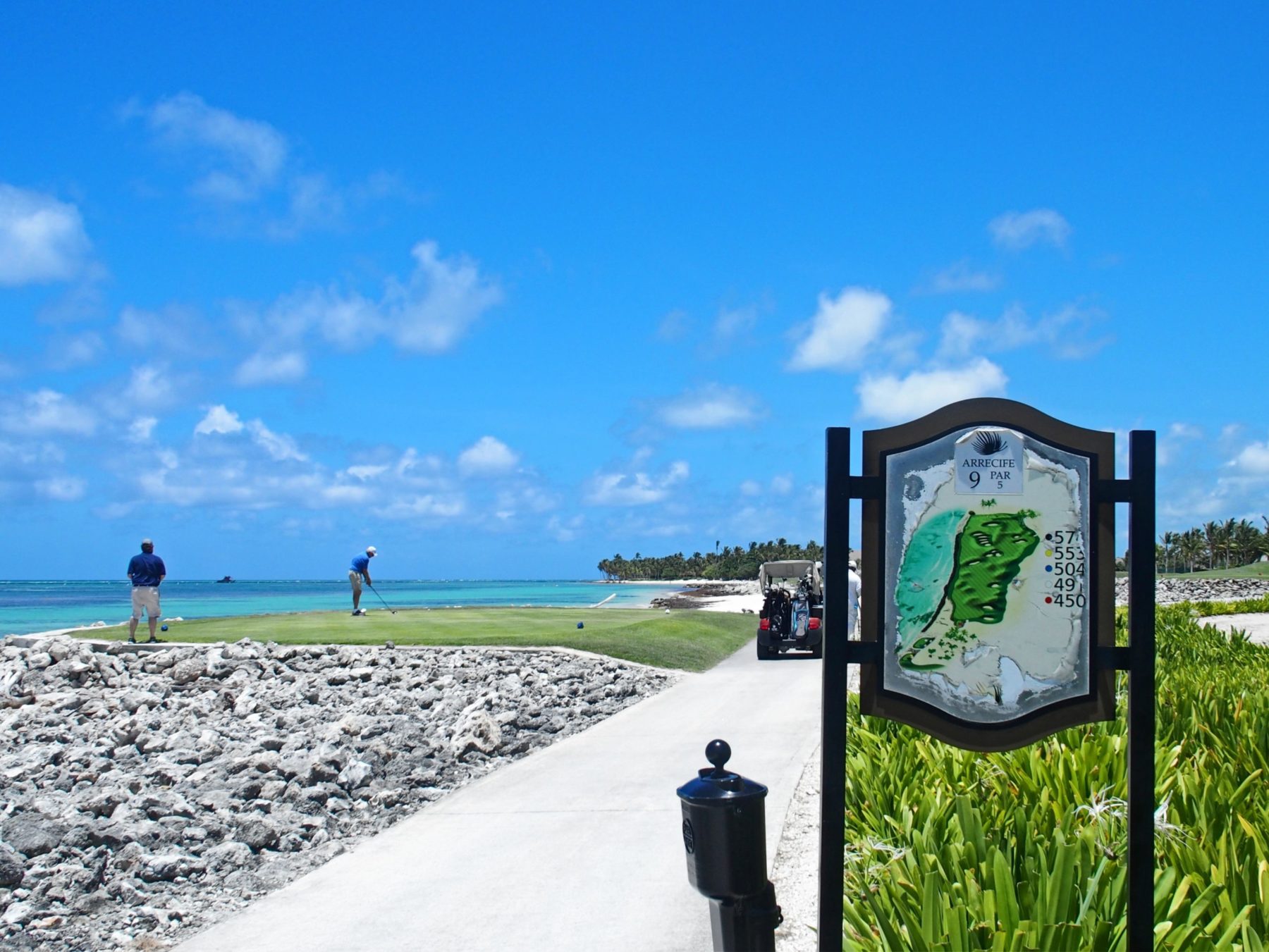 La Cana offers golfers a wealth of ocean holes. The Par 4 and Par 5 finishing holes on the Arrecife nine are beyond dramatic. On most days the Caribbean Sea kicks up more than a bit of wind. When you feel the breeze, see the turquoise blue on your left, and take in the wide stretches of green straight ahead, you’ve got a front row ticket to a sensory concert that would be priceless on Broadway.

Before you tee off, do yourself a favor and turn around. The mesmerizing ocean views from behind the 8th and 9th tee boxes include kite surfers floating amongst the clouds. This is one of many “only at La Cana” moments. 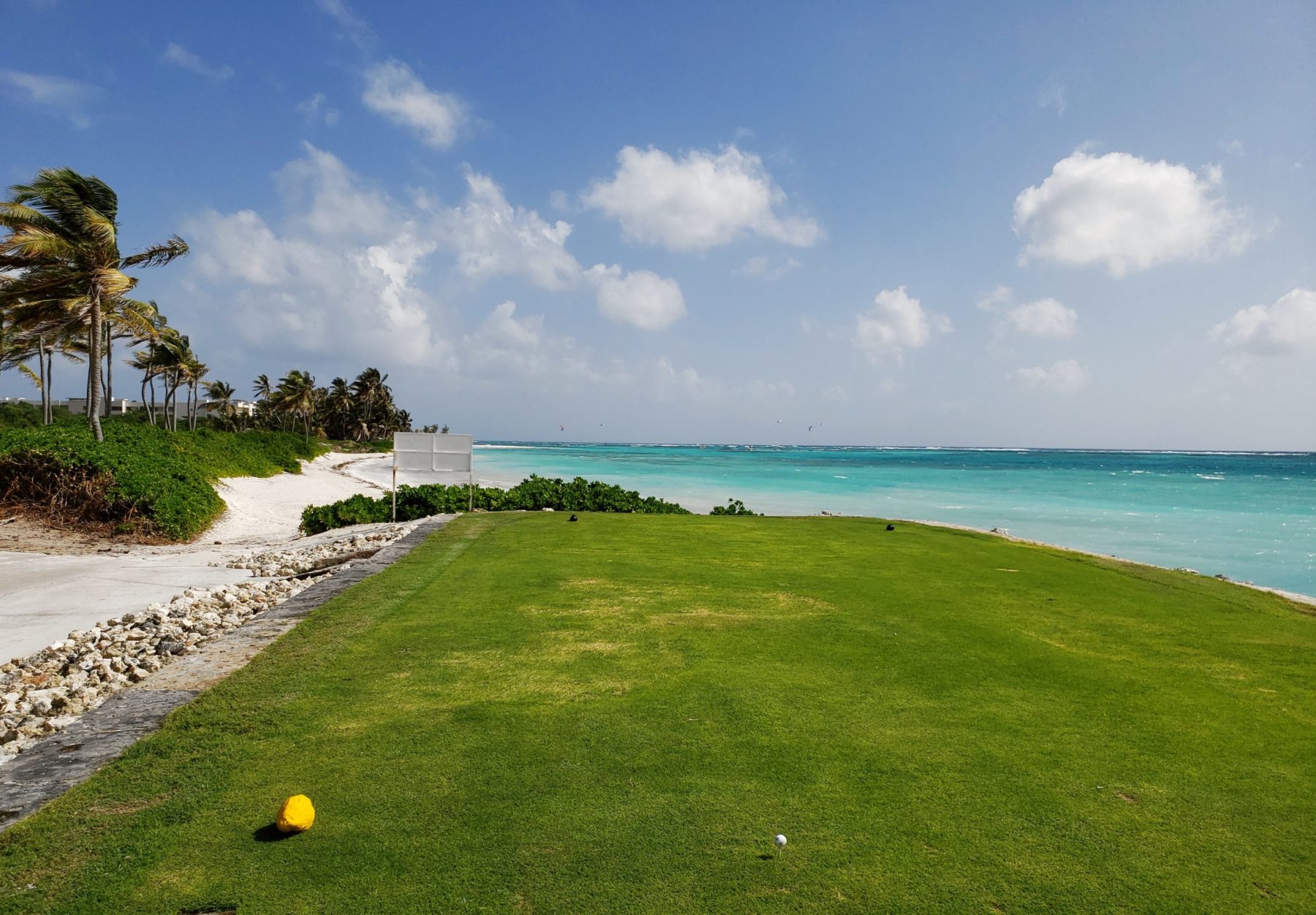 As memorable as this golf closing scenario is, Dye has another favorite for La Cana’s Best in Show. In this case, Dye suggests golfers should consider a beauty of a Par 3 on the Tortuga nine.

Tortuga’s Par 3 For the Ages 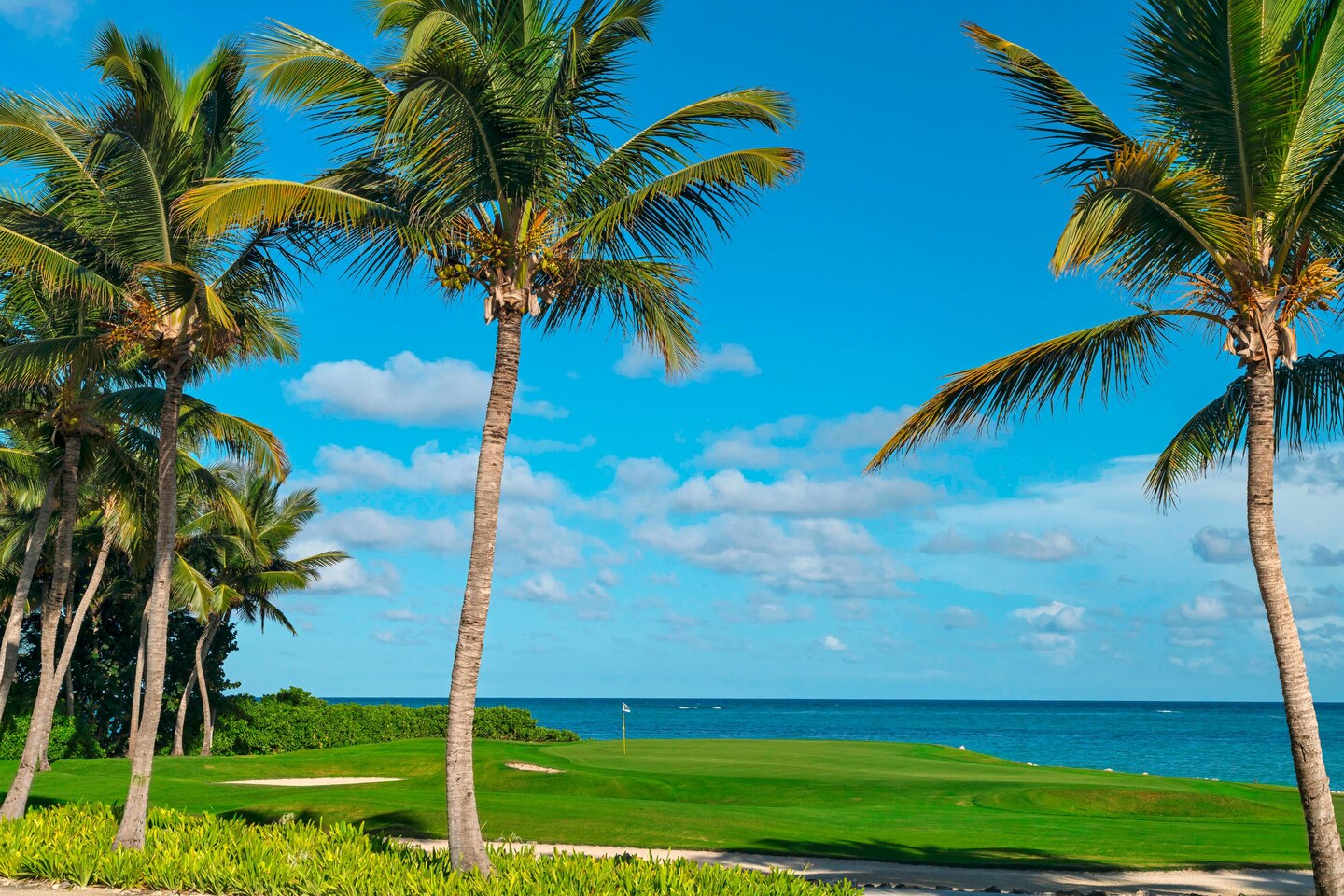 During the construction of La Cana’s Tortuga nine, Dye tapped Rainieri on the shoulder and said, “I’m going to build you a postcard.” The hole to which Dye was referring is one of La Cana’s most diminutive, but beautiful, designs.

Dye created a left to right rock barrier and putting green that juts out like a peninsula into the ocean. On Tortuga’s Par 3, 154-yard 5th hole, golfers don’t just play near the ocean, they play through the ocean. 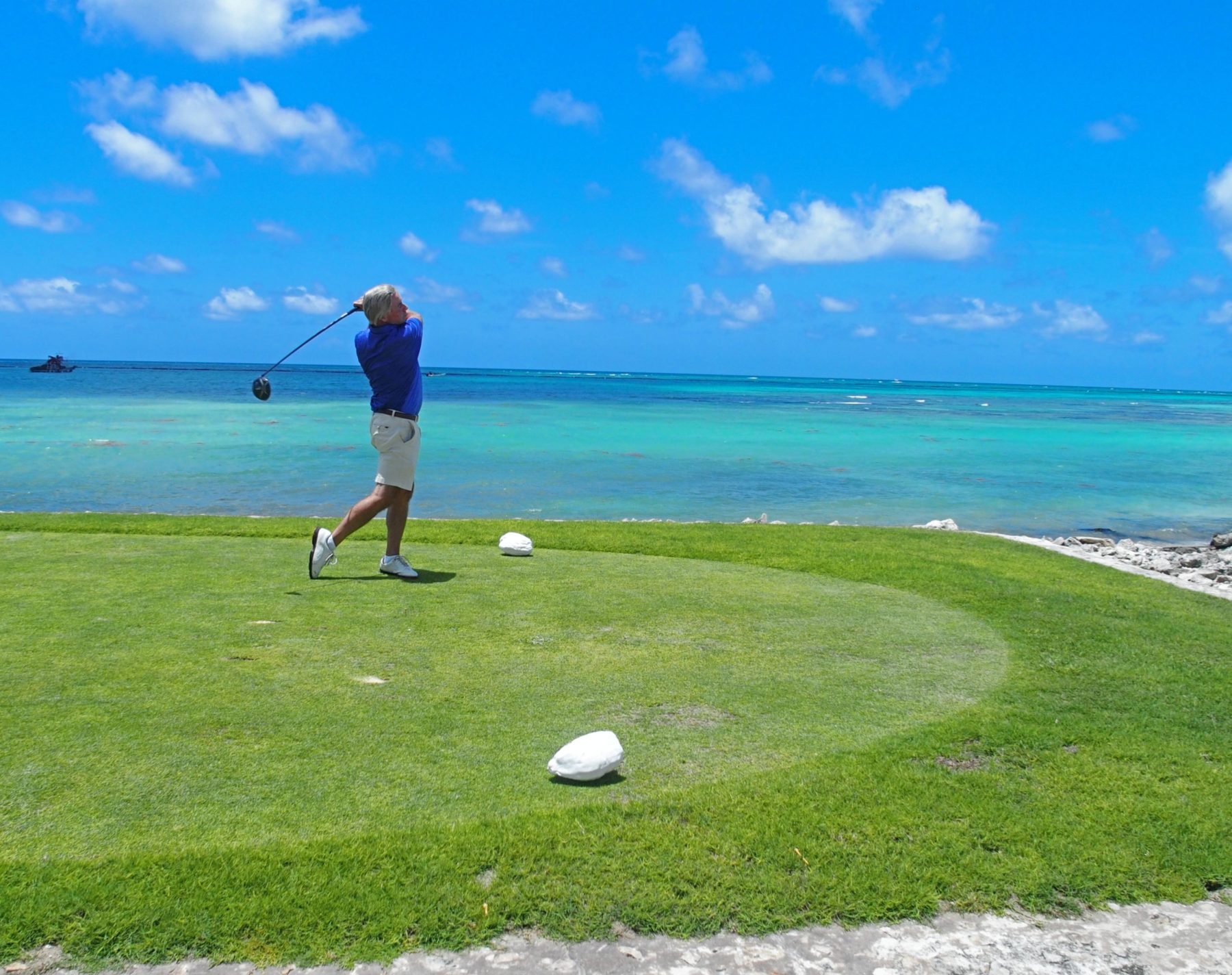 When asked to name his favorite La Cana golf hole, Dye replied, “It’s hard when someone asks me to pick only one after designing 18. It’s like choosing a favorite child. But I do have to say I love Tortuga’s 5th hole.”

Epic Lunch by the Sea 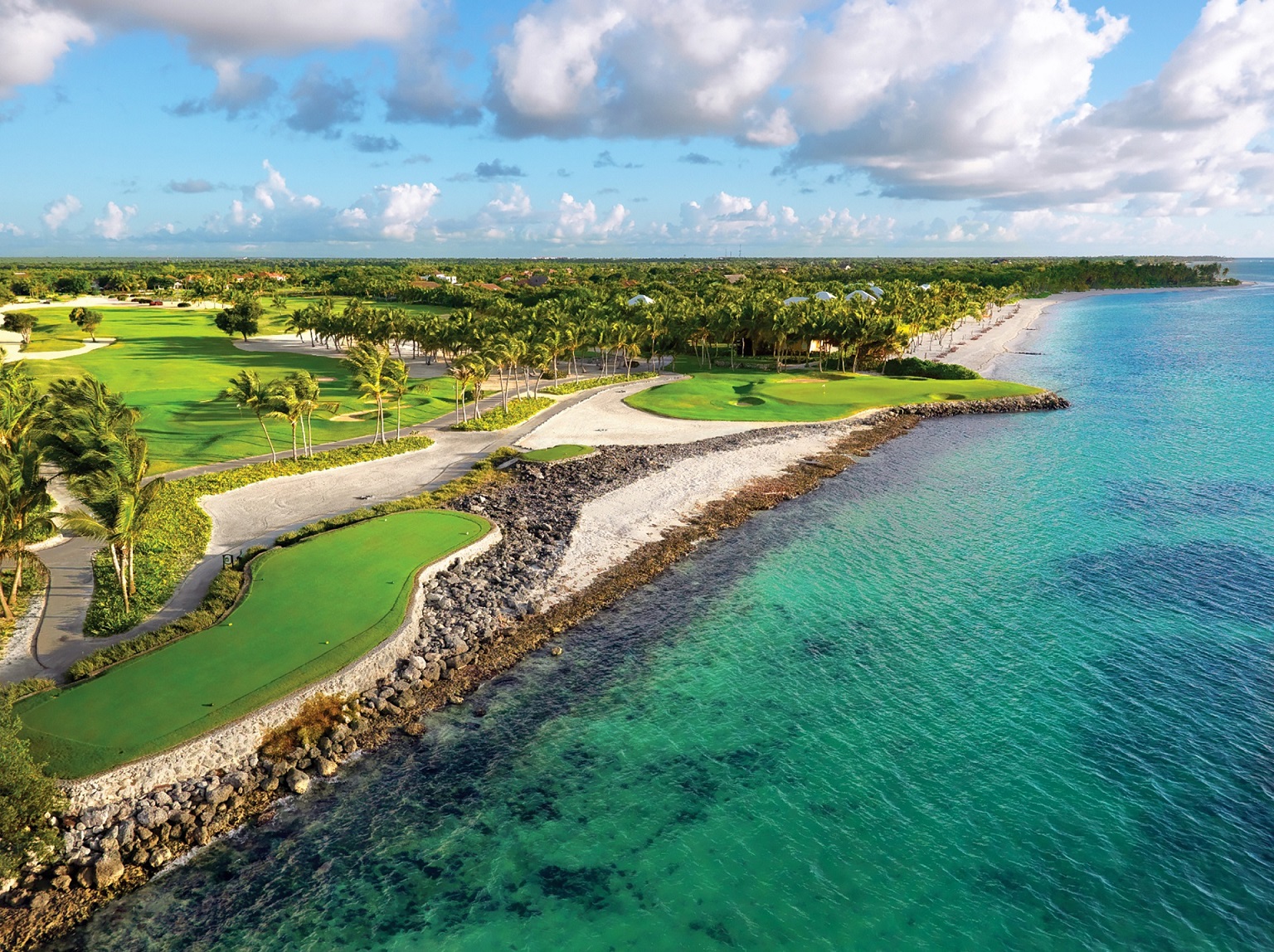 If La Cana the golf course isn’t special enough, consider that the clubhouse, the accompanying swimming pool area, and The Grill Restaurant are all designed by the legendary Oscar de la Renta. You’ll find this is a Caribbean once-in-a-lifetime setting for having lunch or enjoying a post round cocktail.

After completing your round, step into the clubhouse and then up a short flight of steps. It’s here that La Cana takes on an added dimension. Walk on to a sweeping deck with a 180-degree view that includes the 18th hole, the Caribbean Sea, a swimming pool, columns of palm trees, and an al fresco restaurant that will soon have you decompressing like never before. 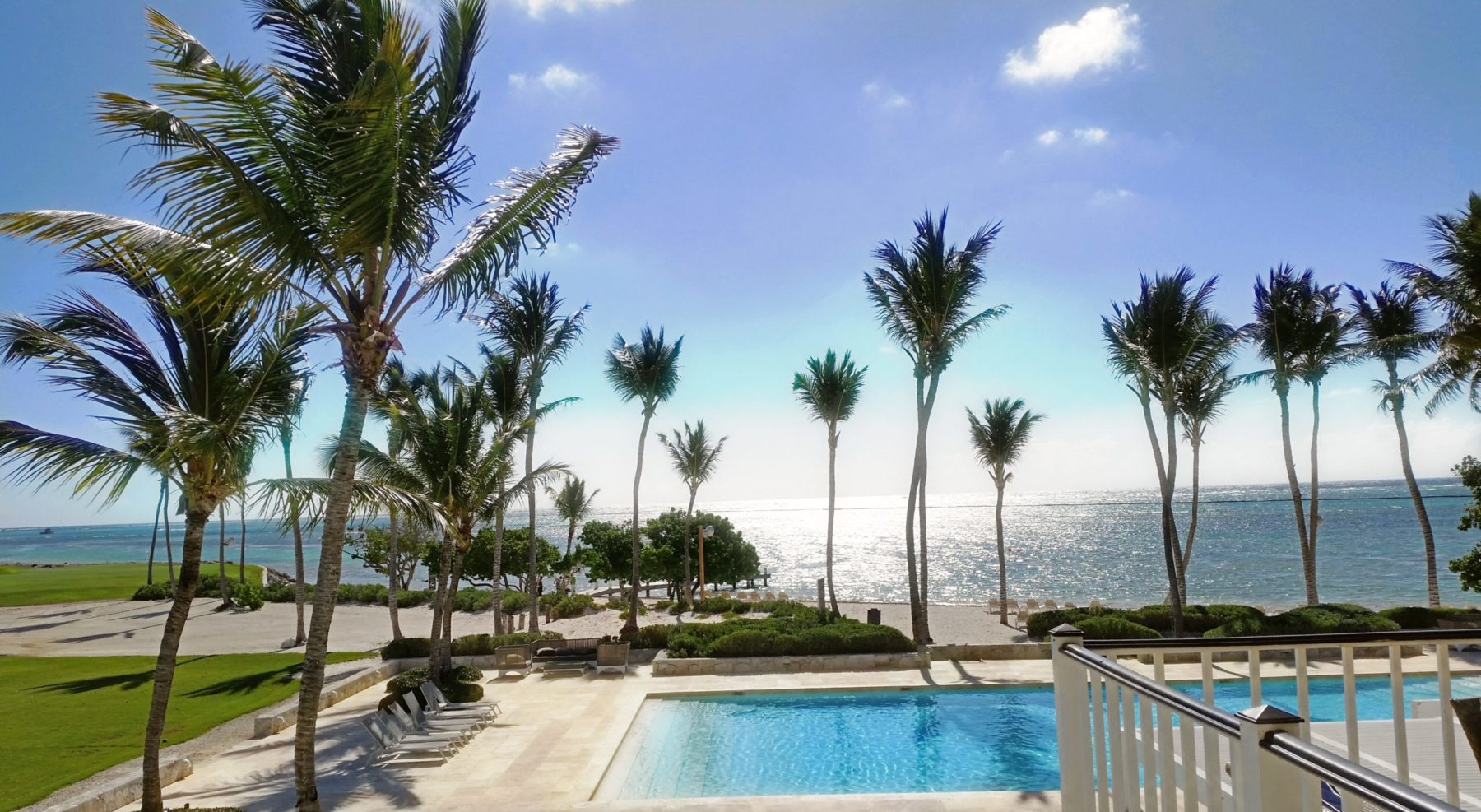 As you take a seat, ask your server to pour a refreshing Dominican rum cocktail. Now it’s time to raise your glass to Oscar, to Dye, to Rainieri, and to an amazing round of golf. Whether you converse in English, Spanish, or you’re suddenly speechless, realize that La Cana Golf Course has a way of speaking your language.