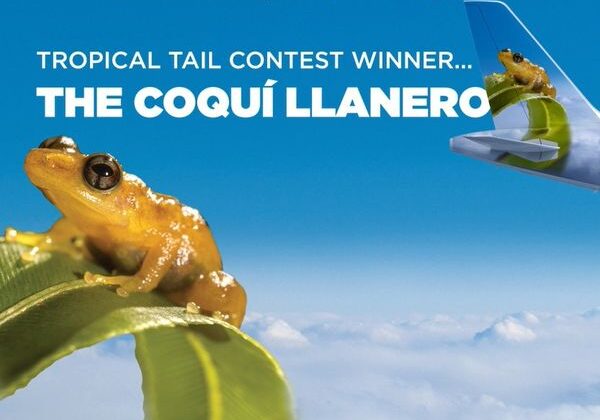 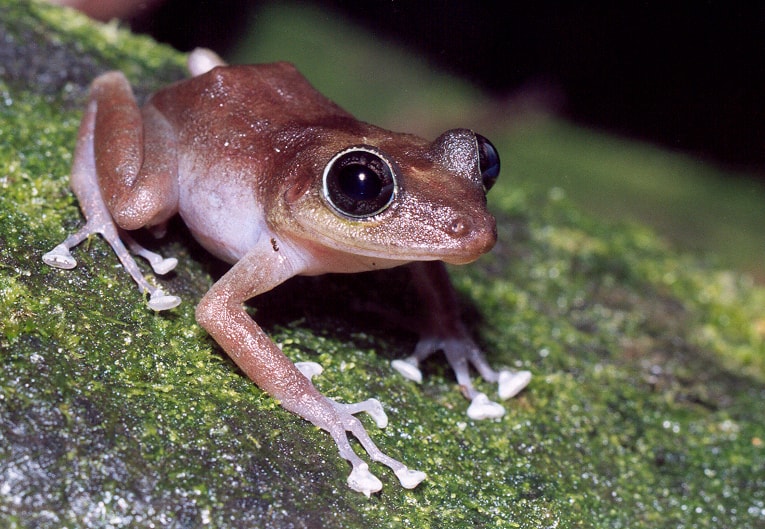 During an event today in Aguadilla to commemorate the first flight, Frontier announced the winner of its recently conducted Tropical Tails contest, which invited consumers to choose the next endangered animal to be featured on the tail of a Frontier aircraft. There were more than 86,000 votes received during the contest period and the coquí llanero, a tiny tree frog found in Puerto Rico, was deemed the winner.

“Today is a doubly exciting day as America’s Greenest Airline celebrates new service from Orlando to Aguadilla and also honors the endangered Puerto Rican coquí llanero as the winner of our recent Tropical Tails contest,” said Alfredo Gonzalez, international sales manager, Frontier Airlines. “Our new service to Aguadilla further bolsters our growing commitment to Puerto Rico. As the top consumer vote-getter in the contest, the coquí will be featured on an upcoming Frontier plane tail furthering our mission to highlight the plight of endangered species.” 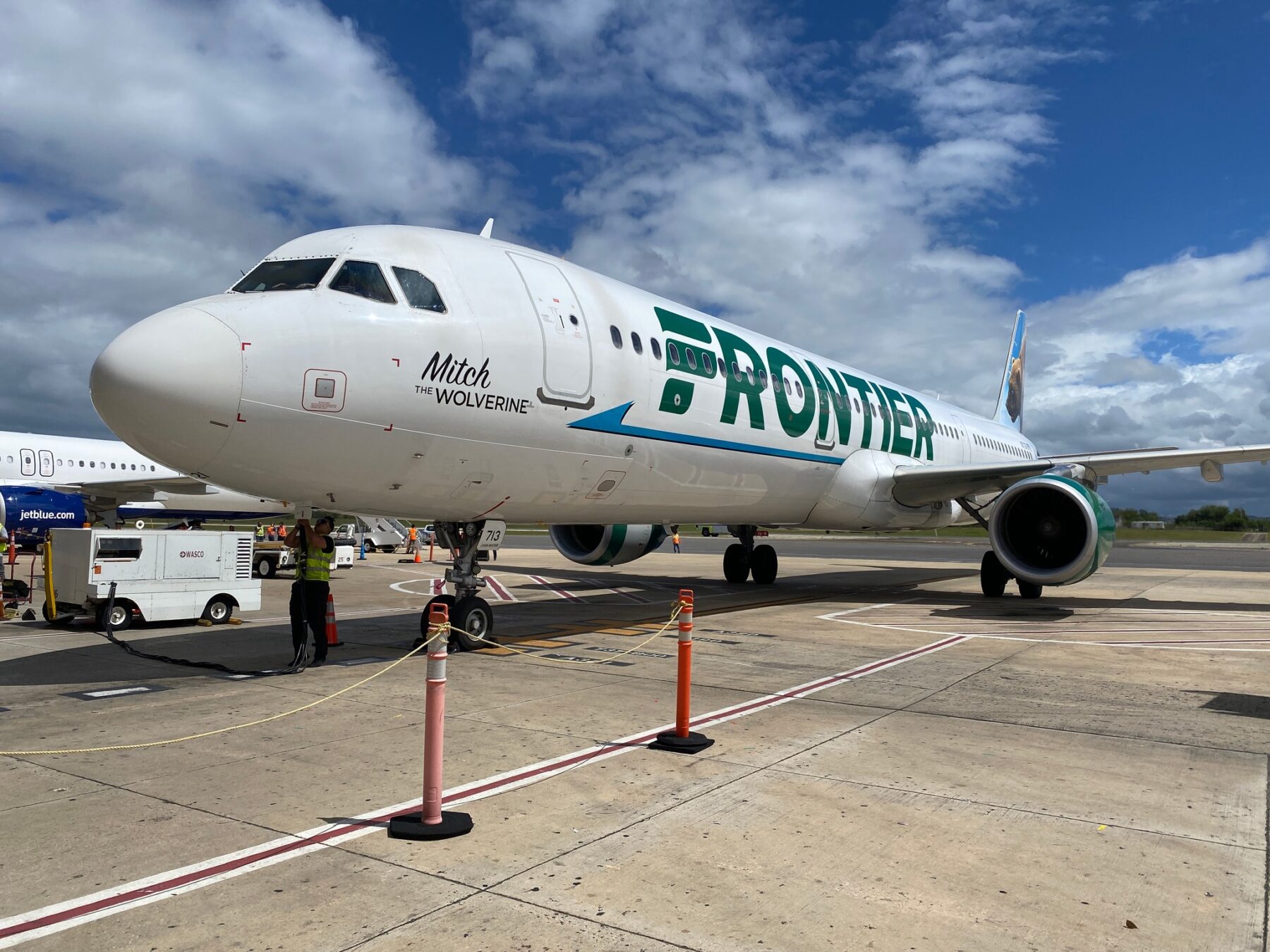 “We’re thrilled about the addition of Frontier’s new route connecting Orlando and Aguadilla to our already expansive list of nonstop routes to Puerto Rico. This new flight will benefit our diaspora immensely, and will allow Orlando residents, and those with connecting flights, to easily explore our Island’s west coast. We’re also incredibly honored that the coquí llanero, which is such a staple to the Island, has been chosen by voters as the next animal to be featured on the tail of one of Frontier’s new aircraft and cannot wait to see this come to life. With this new route, no need for passport, currency exchange or a different phone plan, traveling to Puerto Rico is now easier than ever,” said Brad Dean, CEO of Discover Puerto Rico.

“The Government of Puerto Rico continues to work on expanding the air access options within all the airports on our island while remaining committed to increasing economic activity from the tourism industry within all regions of Puerto Rico. We thank and congratulate Frontier Airlines for their commitment with our market and offering its customers this new and low-cost option to travel between the Orlando International Airport and the Rafael Hernández International Airport in Aguadilla. This new route positions our Island as an even more attractive and accessible destination to visit, while contributing to the creation of new jobs in the western region,” said the Executive Director of the Puerto Rico Tourism Company, Carlos Mercado Santiago. 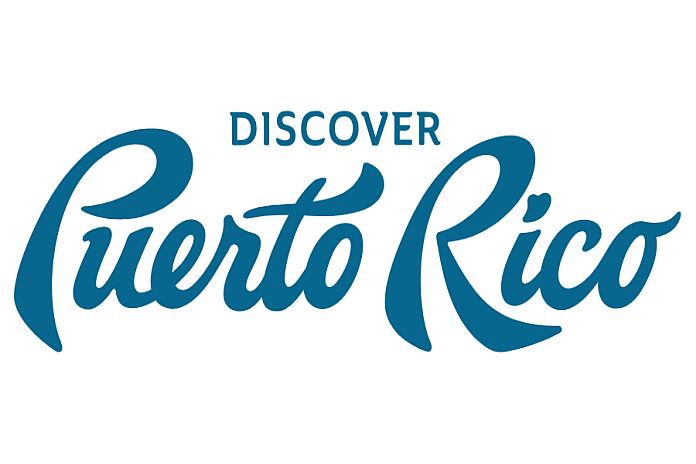 Consumers chose the coquí from among six animals in total representing a variety of countries Frontier serves within the Caribbean and Latin America. The Puerto Rican lowland coquí is one of the smallest tree frogs in the world. Mature llaneros are no wider than a dime and generally yellowish in color. Their tiny stature squeezes their vocal range in to the highest pitch of almost any frog – just barely audible to human ears, making the sound they are so famously known for and named after — “Ko-Kee.” The coquí llanero is listed as endangered under the U.S. Endangered Species Act.

Consumers are Invited to Help Name the Coquí

All Frontier plane tails feature a unique animal with a special name and back story, many of which are endangered. The coquí llanero that will be featured on an upcoming new aircraft still needs a name. Consumers are invited to choose the coquí’s name by going to Frontier’s social media channels on Facebook, Instagram, LinkedIn and Twitter between now and April 4 to vote. Choices include ‘Rios,’ ‘Atabey,’ and ‘Bori.’

Support the Endangered Coquí Llanero Through Adopt a Coqui Program 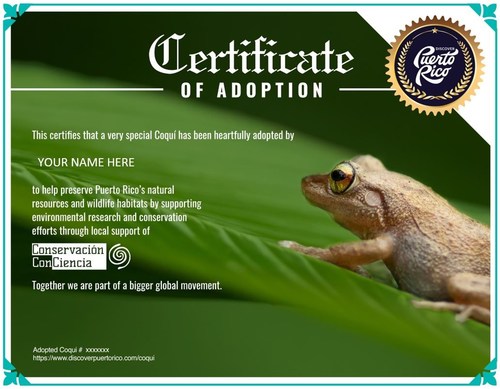 Consumers are also invited to participate in the Adopt a Coquí program, launched by Discover Puerto Rico, in partnership with local environmental research and conservation organization Conservación ConCiencia. By making a donation starting at $25 USD, coquí adopters receive a keepsake adoption certificate commemorating their support of conservation, sustainability and climate resilience efforts in Puerto Rico. Click here to Adopt a Coquí.

*About the Promo Fare Offer:

Valid select days of week. Tickets must be purchased by 11:59 pm Eastern time on Mar. 28, 2022. Travel is valid through May 24, 2022. A 21-day advance purchase applies. Round Trip travel not required. All other ticket and Discount Den terms and conditions apply.