Posted by Tim Cotroneo on Wednesday, October 26, 2022 · Leave a Comment 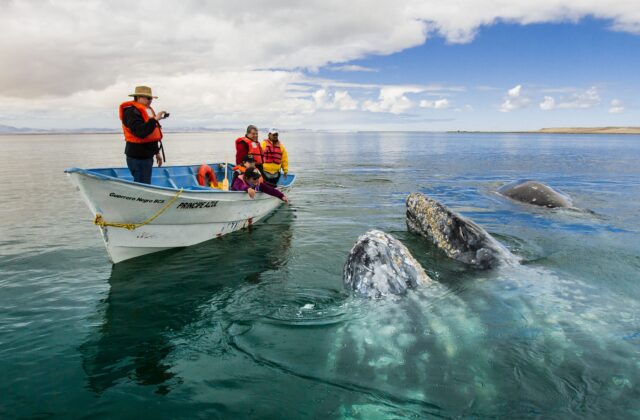 LORETO, Baja California Sur, Mexico (October 26, 2022) – Baja California Sur, the southern half of the Baja Peninsula, extending about 800 miles south from San Diego and ending at the famed Cabo San Lucas, is the annual winter playground for whales of many species where the spectacular sight of whales in near proximity becomes downright commonplace. Whether in the lagoons and bays off the Pacific Coast or around to the eastern side of the peninsula up into the Gulf of California, whale watching in Baja California Sur is a bucket list adventure for the whole family.

Each year more than 20,000 gray, humpback, and blue whales (among others) travel 6,000 miles from the cold waters off Alaska to mate, socialize and give birth in the shallow, nutrient rich bays and lagoons of Baja California Sur. As they engage in this extraordinary pilgrimage, they also provide a magical opportunity for locals and tourists alike to witness the graceful creatures in their winter habitat. The routes and habits of the various species differ, as do their personalities and interest in us as the human onlookers. But all offer fascinating insights and experiences with some of the planet’s most enigmatic creatures.

The charming municipality of Loreto is well known for its natural beauty and intimate proximity to some of nature’s finest offerings, but nothing comes close to the awe-inspiring sight of a blue whale, the largest animal on earth. Blue whales, often shy and elusive, make their way south along the western side of the peninsula but for a few winter months they can be found exploring up into the Gulf of California and in the tranquil waters of the Bay of Loreto. 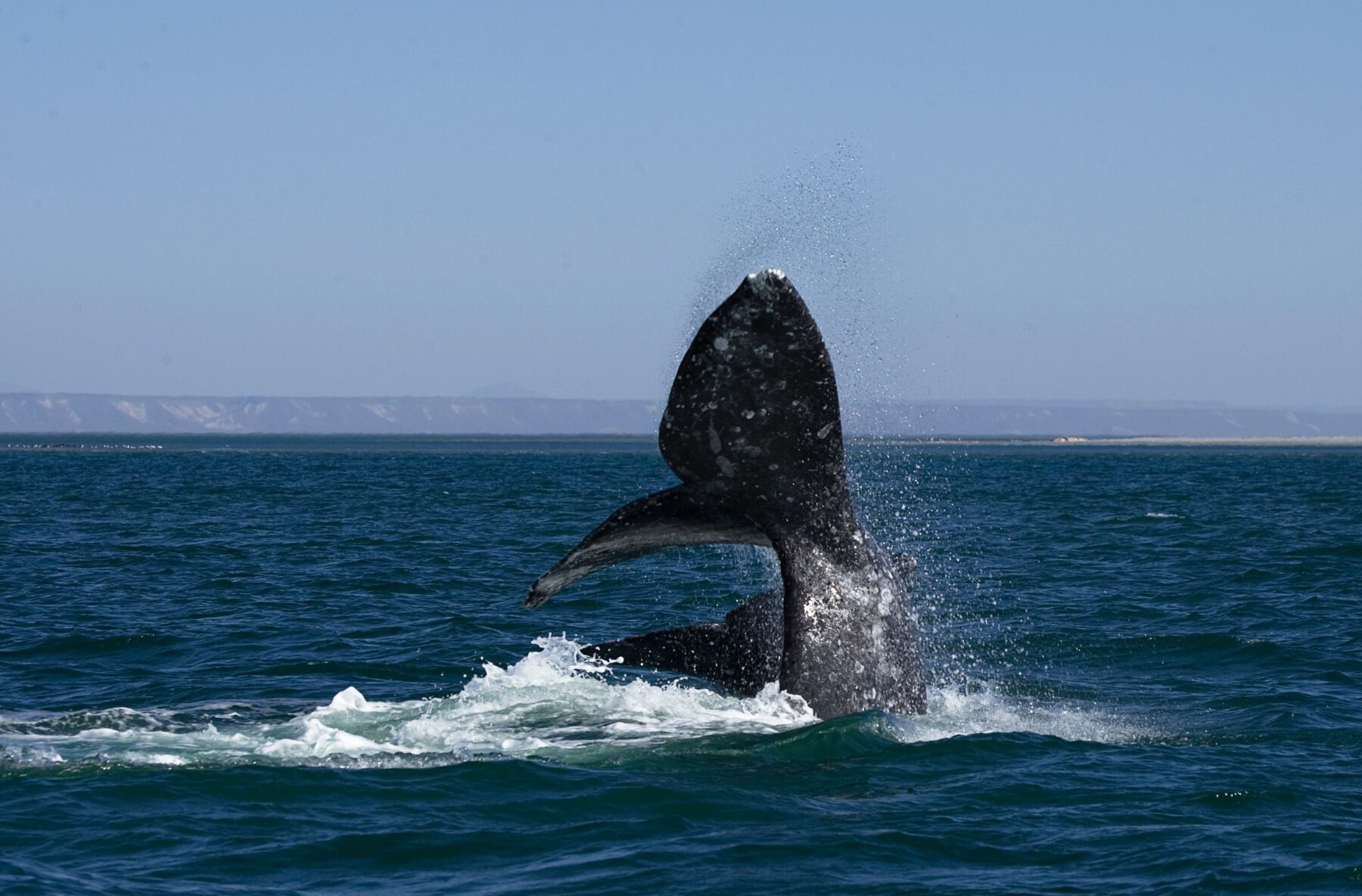 With its crystal-clear waters, the Bay of Loreto National Marine Park, a UNESCO World Heritage Site within the Gulf of California is the perfect place for travelers to get up close with blue whales. Local companies such as Tours Loreto and Wild Loreto Tours offer tours where visitors observe these creatures, who grow more than 100 feet long and weigh as much as 30 elephants combined. Since all 11,000 blue whales alive today navigate their way down from deep in the Pacific during this migration each year, the Gulf of California is the only place in the world where these colossal creatures can be spotted in warm weather.

In Mulegé, further north, gray whales make their way to the lagoons of San Ignacio and Ojo de Liebre, part of Mexico’s El Vizcaíno Biosphere Reserve—the largest wildlife refuge in Latin America which was established in 1988. These shallow lagoons have been the breeding grounds of gray whales for thousands of years. Visitors can take small boat excursions out to lagoons to witness the whales as they near the boats. Known to poke their heads out of the water and interact with humans who come to watch them, gray whales have developed a reputation of being some of the most socially receptive and mellow whales in the ocean. The nearby small municipality of Comondú also offers whale watching excursions in the ports of San Carlos and Adolfo López Mateos where humpback, gray, and finback whales all can be spotted. 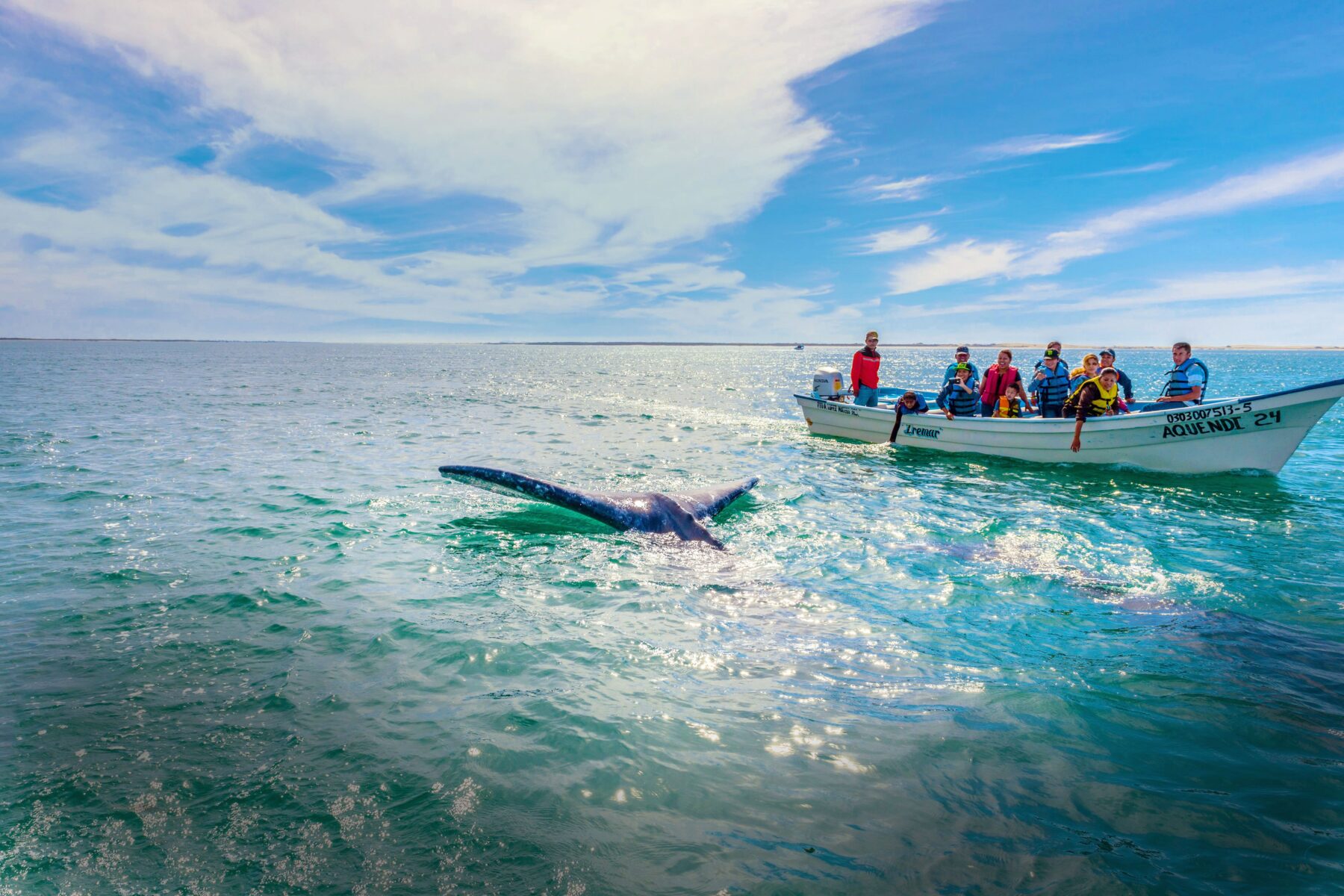 Whale watching is highly regulated in Baja California Sur, with the safety and preservation of these mammals and their ecosystems always taking priority. Tours consist only of small groups, led by marine biologists and local whale experts who are familiar with all the various species and conservation efforts.

As an area known for its rampant wildlife, seabirds and other marine mammals such as dolphins, sea lions, and sea turtles can also be found in Loreto, Mulegé and Comondú. Baja California Sur also offers other ocean activities such as diving, kayaking, and snorkeling, making it a paradise for adventure seekers. Travelers can explore the area on-land further by mountain biking, hiking, or exploring the town and enjoying family-owned shops and restaurants.