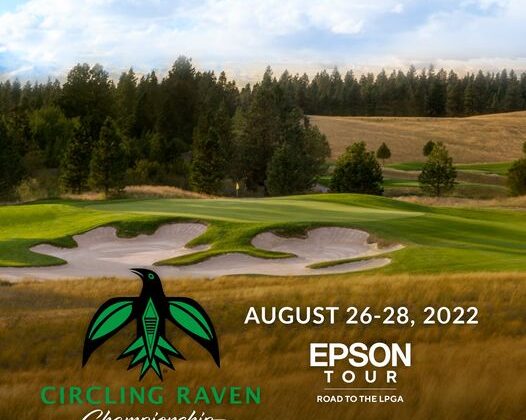 (Worley, Idaho; August 22, 2022) – Leaders of the Coeur d’Alene Tribe brought professional women’s golf to Northern Idaho through the Circling Raven Championship with two goals in mind – to shine the spotlight on their award-winning golf course and Coeur d’Alene Casino Resort Hotel, and to continue their quest to empower women, youth, and Native Americans through the game.

Even with those objectives, they couldn’t have imagined the confluence of astounding events that have coalesced to create major storylines for the Epson “#Road2LPGA” Tour event which tees off Thursday on Circling Raven. 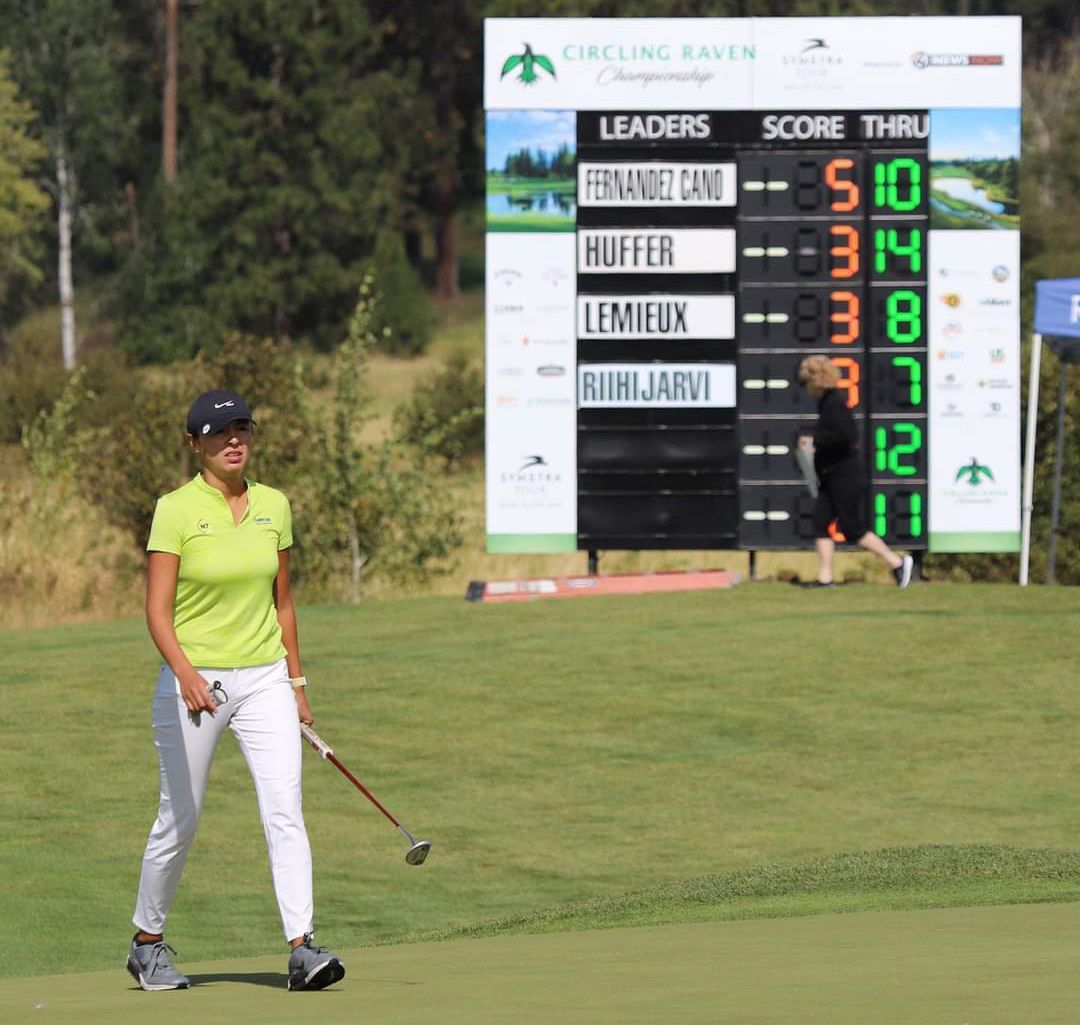 Native American Gabby Lemieux of Caldwell, Idaho, is considered a frontrunner to win the Circling Raven Championship presented by KXLY News 4 Now. Last year she finished tied for third in the inaugural playing of the event in her home state, her best finish up to that point on Epson Tour. But she bested that finish two weeks ago at the Four Winds Invitational in which she finished in 2nd place after losing in a sudden death playoff to Yan Liu (who is in the Circling Raven Championship field).

Lemieux, 25, loves playing Circling Raven, the Gene Bates-designed 18-hole course named after a seminal tribal chief of the Coeur d’Alene Tribe. She’s on record saying that the property’s Native American ownership and essence, which permeates the course and resort, comfort her, as does her familiarity with playing the acclaimed layout. 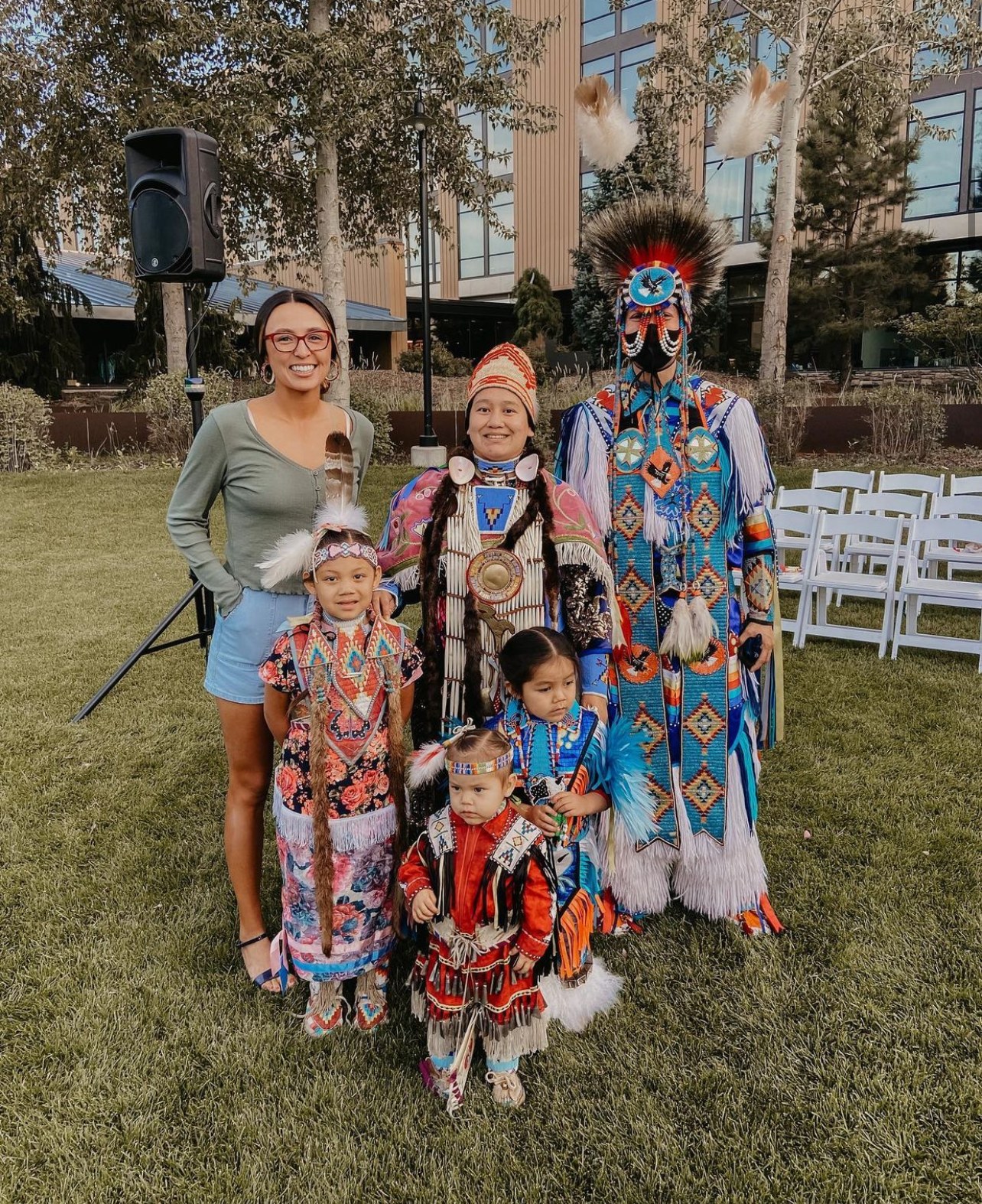 Epson Tour no. 2 ranked player Xiaowen Yin is playing here this week. She happens to be the youngest player on the entire tour and has won both of her last two starts. Yin took the most recent event off and will be vying for her third straight title at Circling Raven Championship.

Another youngster, Suzy Tran, a rising high school junior, received an exemption into the tournament from the Coeur d’Alene Tribe. From Poulsbo, Wash., Tran won the girls 14-18 age group at Notay Begay III’s national junior golf championship last fall. Begay, the only Native American to win a professional golf tour event (he won four times on the PGA TOUR), and Laura Penney, CEO, Coeur d’Alene Casino Resort Hotel, forged an agreement whereby the winner of that tournament age group would receive an exemption into the Circling Raven Championship each of the three years it is scheduled. Youth served! 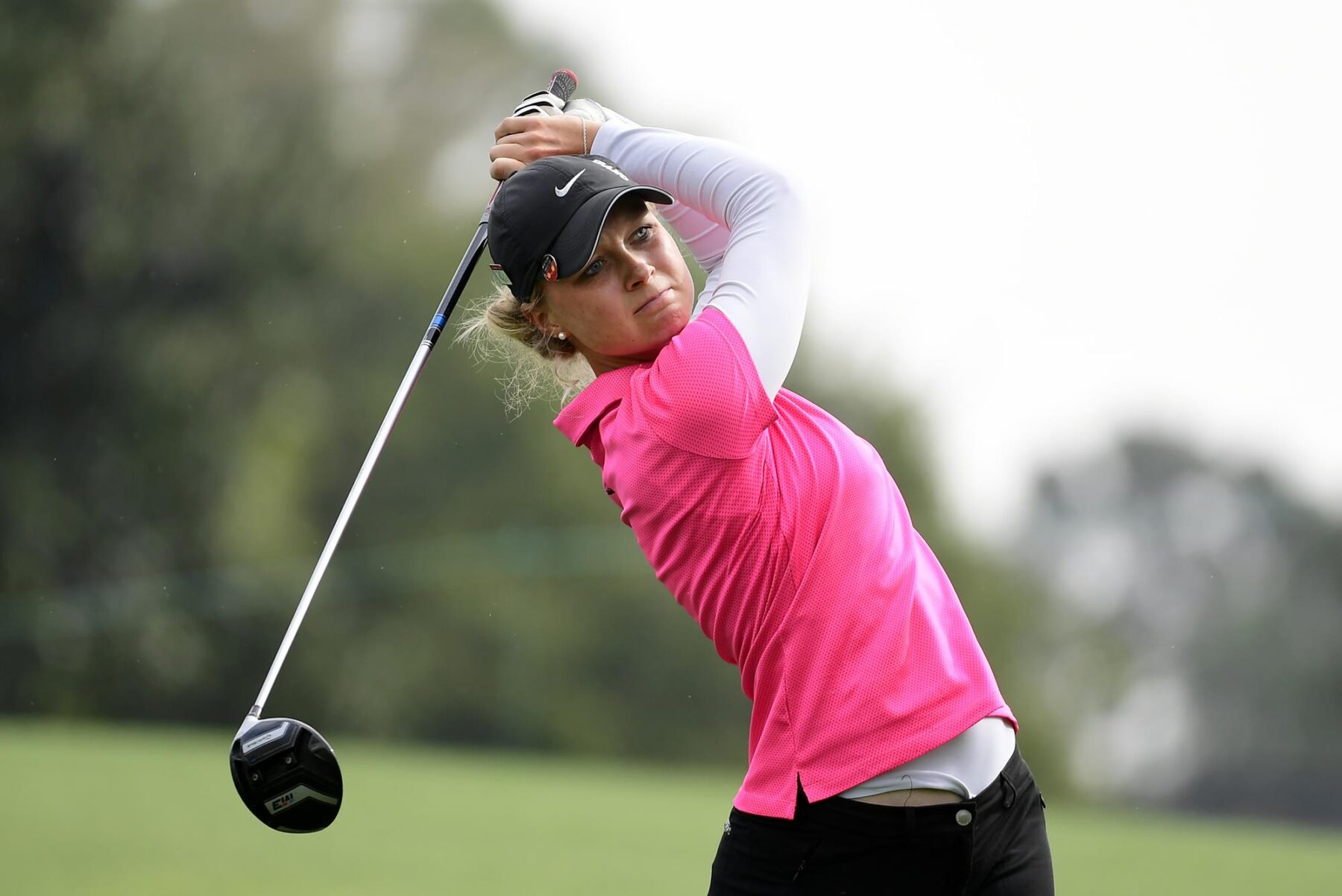 Hosting a women’s professional golf tournament and underwriting the $200,000 prize purse screams empowerment for female players. That many of the Epson Tour members are teenagers and golfers in their early 20’s means the Coeur d’Alene Tribe has offered a platform for them to achieve a potentially life-changing outcome based on their play in the Circling Raven Championship.

The field of players come from many American states, more than one dozen countries, and several continents. These are some of the finest women golfers in the world.

“With the season nearly complete, whoever wins the Circling Raven Championship will dramatically increase their chances of making the LPGA Tour in 2023. A victory at Circling Raven is likely to catapult the winner into the current top 10 on the Epson Tour money list and at the least will virtually guarantee themselves a spot at LPGA Q-Series,” said Matthew Clark, Manager, Tournament Business Affairs, Epson Tour. 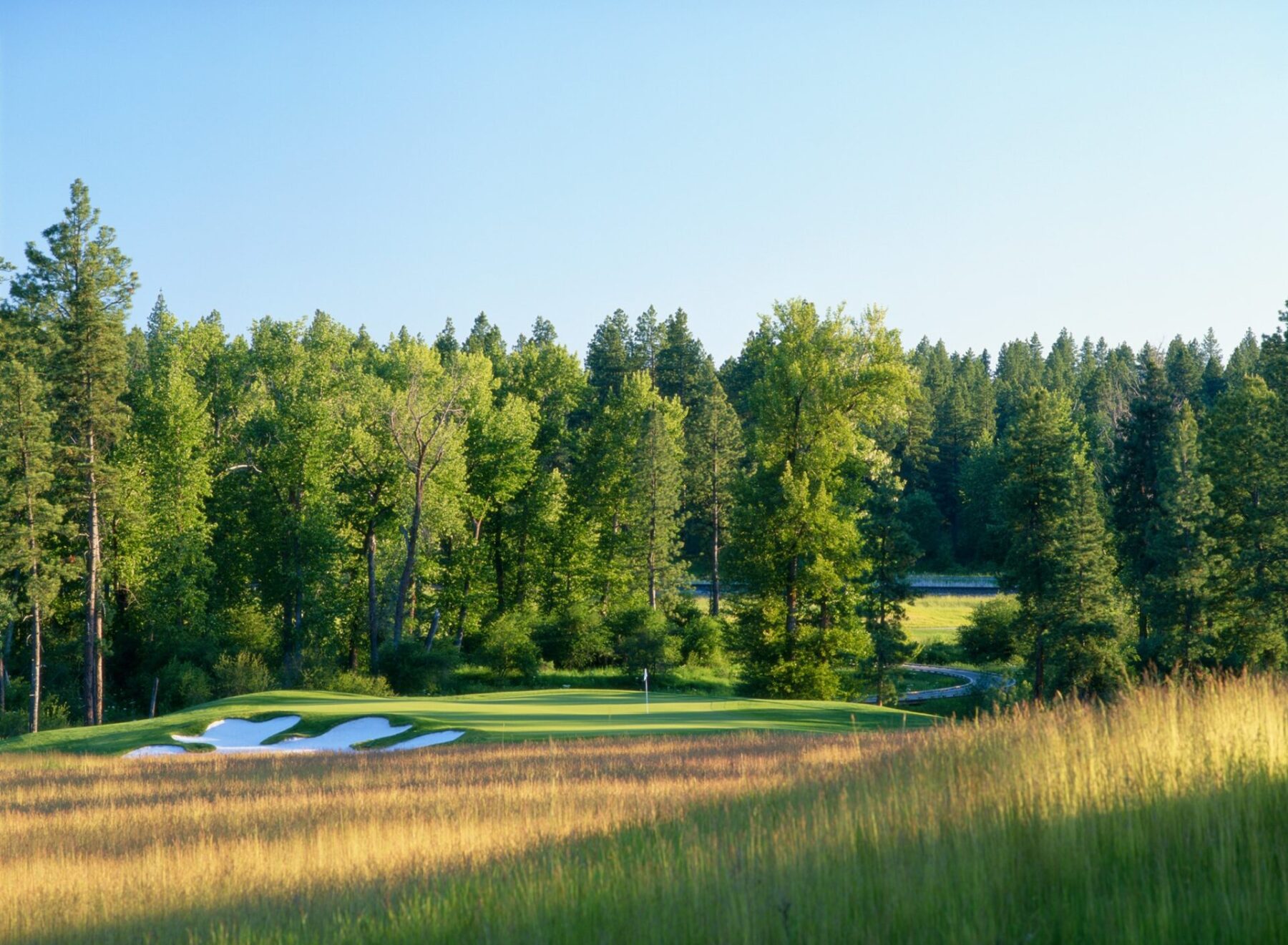 The Q in Q-Series stands for qualifying. The LPGA Q-Series takes place in December and is the third and final stage of LPGA Tour qualifying where roughly 100 players will compete for 45 spots on the LPGA Tour in 2023.

Sophie Hausmann – a standout University of Idaho golfer during college – is so close to earning her LPGA membership that she can taste it. She’s just outside the race to finish in the Epson Tour’s season-long Top 10 (she’s No. 16 going into Circling Raven Championship). She could seal her elevation to the LPGA with a win at Circling Raven, a place she greatly enjoys.

For more details about this year’s tournament or to purchase passes visit: https://www.cdacasino.com/golf/circlingravenchampionship/contact 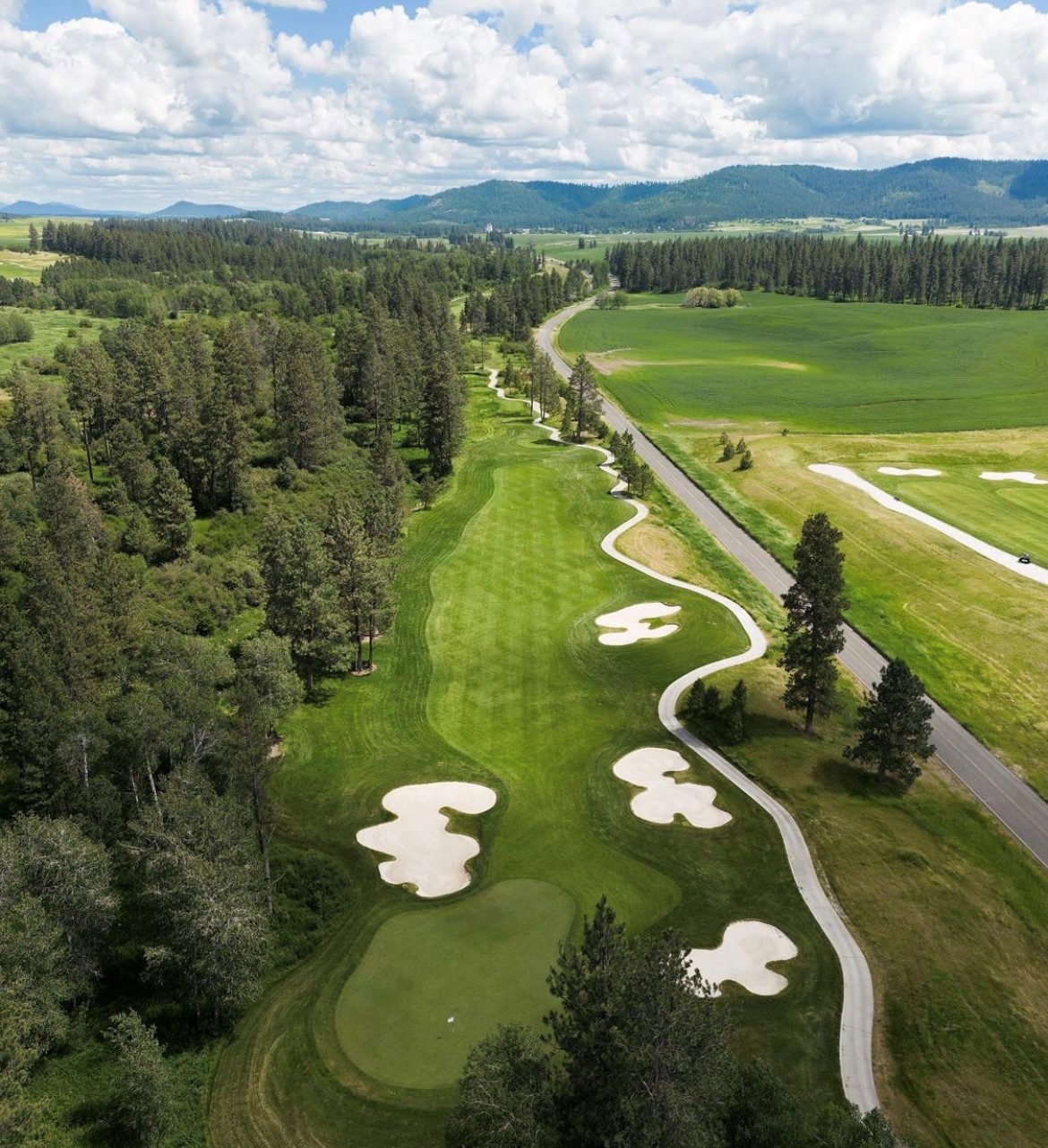 Owned/operated by Coeur d’Alene Tribe, Circling Raven is in the scenic Idaho panhandle approximately 55 minutes from Spokane International Airport (GEG). Measuring 7,189 yards from the rear tees, the 18-hole layout sprawls magnificently through 620 acres of woodlands, wetlands, and Palouse grasses. Its gleaming white sand bunkers are large and strategically placed and its hole variety ingenious. Other Coeur d’Alene Casino Resort Hotel amenities and activities include the full-service Spa Ssakwa’q’n (pronounced Sock-wock-en); 300 hotel rooms; bars, restaurants, lounges, and eateries; cultural immersion options; and more. The casino just completed a $15 million renovation of its gaming floor and Events Center in 2019.  Circling Raven has garnered numerous best-in-kind honors since opening, including being rated a Top 100 Resort Course, Best in State, and a Top U.S. Casino Course. Its golf shop has won national and regional awards for its excellence and its variety of products, displays, and performance.