Posted by Tim Cotroneo on Thursday, February 4, 2021 · Leave a Comment 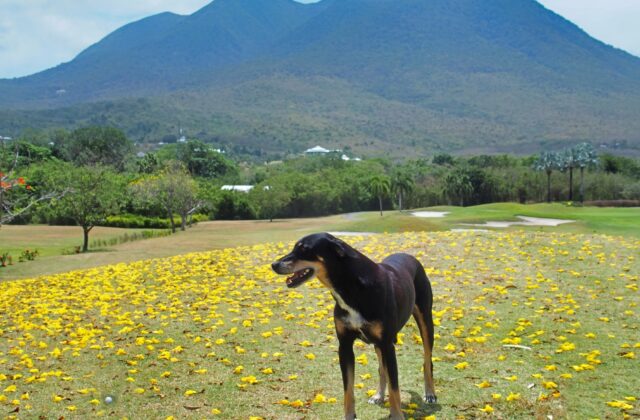 I lined up my golf shot looking straight in the face of Mount Nevis, a 3,200-foot potentially active volcano located on the Caribbean island of Nevis. About one second into my backswing on this 375-yard hole, out of the corner of my eye I noticed a speeding black object heading straight towards me.

With her tongue flapping in the breeze, a combination Labrador Doberman Pincher stopped within 10 feet of my golf ball. I looked over towards my wife, who was seated in our golf cart and said, “Where did she come from?”

Prior to the start of my round at the Four Seasons Nevis Golf Course, I didn’t give a second thought to this same dog sunning herself near the patio of the pro shop entrance. Now I realized this mutt was silently trying to tell me something. 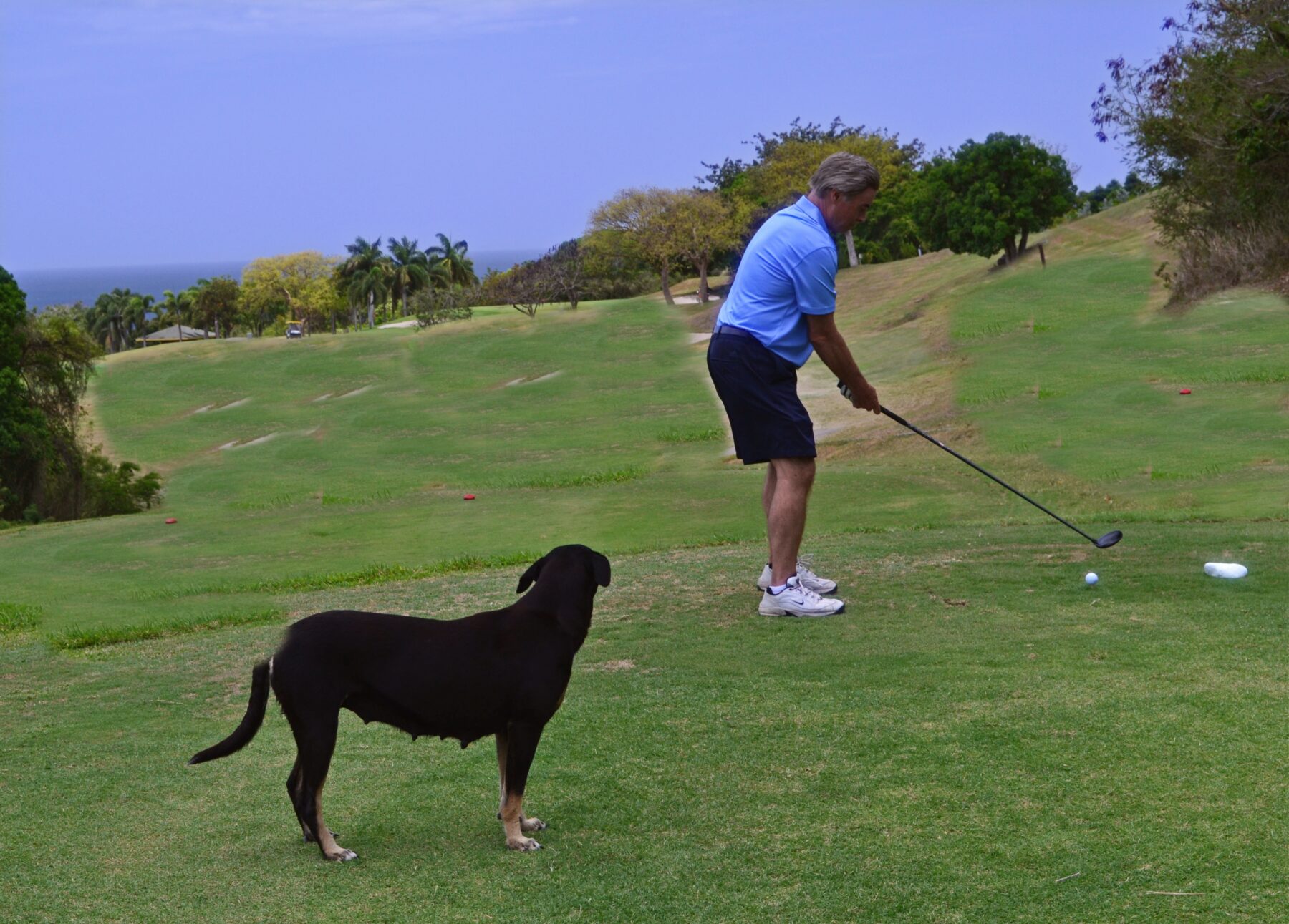 Once I realized that perhaps I was on this dog’s turf, I swung and hit my five iron toward the green situated at the base of the volcano. Moments after my ball settled just in front of the green, my four-legged pal took off in a sprint.

As I joined my wife in the golf cart, I could see that this currently nameless dog had parked herself to the side of the green and was waiting for us to catch up. Sure enough, after I chipped on to the green and two putted for a bogey, the pup rose from her yoga “down-doggie” pose and sauntered over to the next tee box. 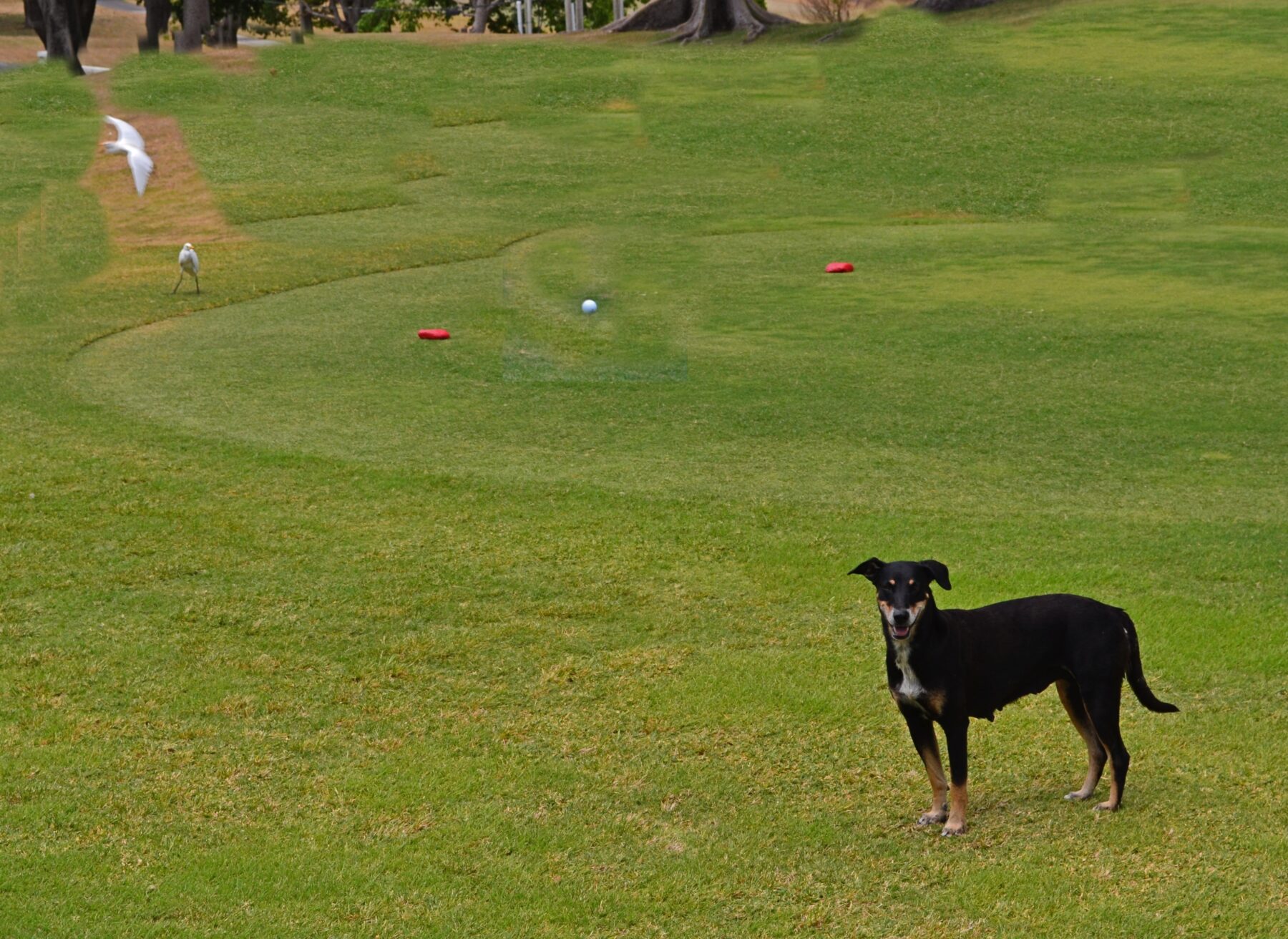 Around the 8th hole I asked the cart girl if she could tell me anything newsworthy about our tail-wagging escort. She relayed that the staffers at the golf course dubbed her Cocoa in reference to her chocolate color.

I asked who owned the dog? The cart girl replied that this dog was a stray who felt at home hanging around the Robert Trent Jones Jr.-designed golf course. She also said that Cocoa rarely let anyone pet her.

After completing 18 holes, my wife and I returned to our Four Seasons hotel room. We agreed that this golf close encounter of the four-legged kind added a touch of spice to our vacation. We assumed this was the last we’d seen of Cocoa.

Guess Who on the Beach 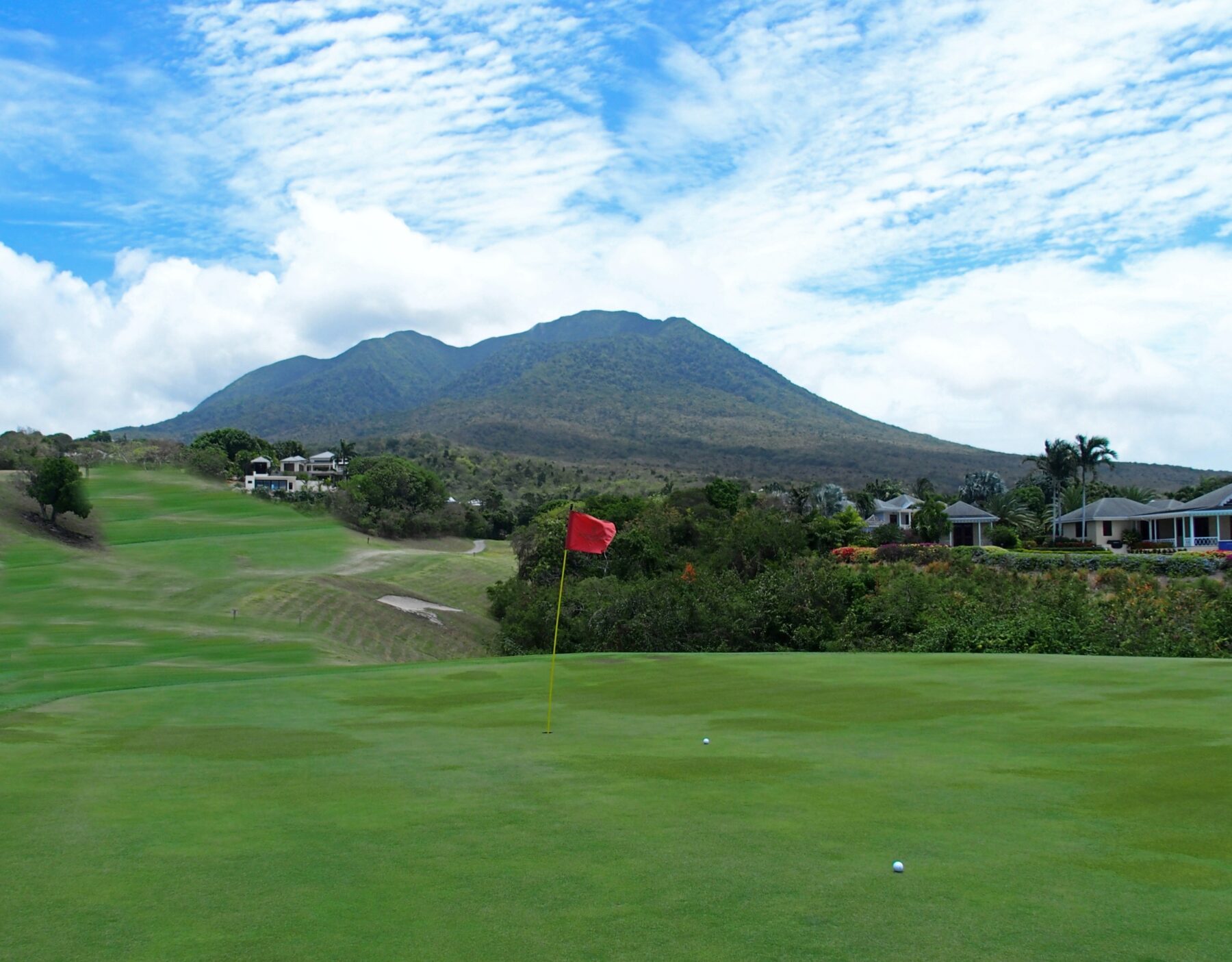 The next day we thought we’d take advantage of the Four Seasons pristine section of Pinney’s Beach. After a few minutes of reading, we decided to take a long walk along this three-mile stretch of beach.

Five minutes into our walk, we felt a presence to our left. You guessed it; Cocoa decided today was beach day. Not only that, she seemed to like our company.

After our walk, I found a makeshift bowl and topped it off with water.  I placed the bowl in the sand, and I called to Cocoa, “Are you thirsty?” Cocoa streaked straight toward the bowl and slurped until the water was gone.

A Simple Act of Unforgettable Joy 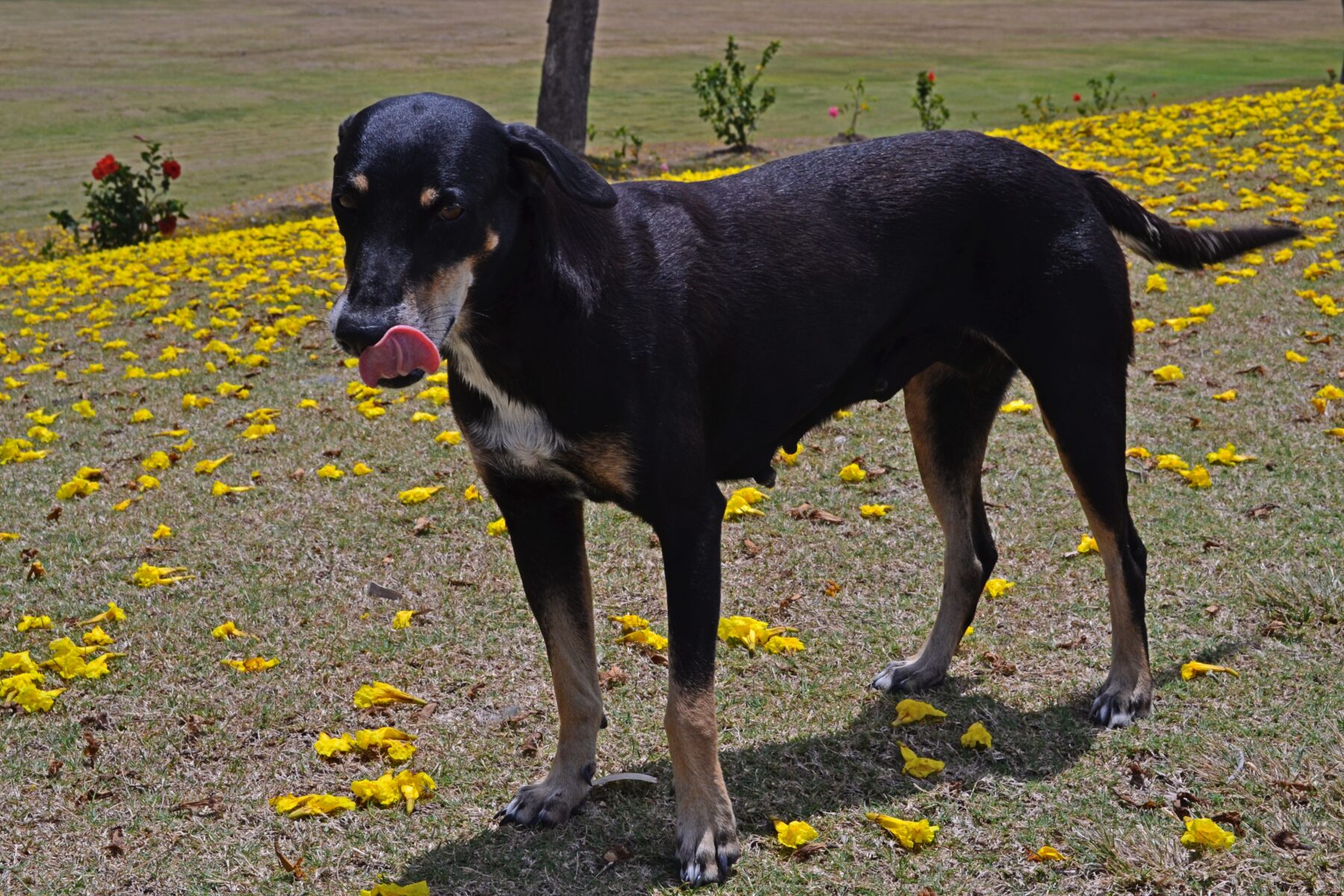 What happened next nearly brought a tear to me eye. After quenching her thirst, Cocoa started bounding back and forth in a manner that appeared that she was on happy dust. Who knew a bowl of water could bring out such joy in an animal?

Over the final two days of our stay in Nevis, we did not see Cocoa again. I could only assume that this Nevis ambassador had found some other unsuspecting golfers, and she was brightening their day.

On an island that is known for its volcano, its rum, and for being the birthplace of Alexander Hamilton, I’ll never forget a golf loving dog named Cocoa. https://www.fourseasons.com/nevis/