St. Thomas – Where Blackbeard, Bluebeard, and Kelsey Grammer once played 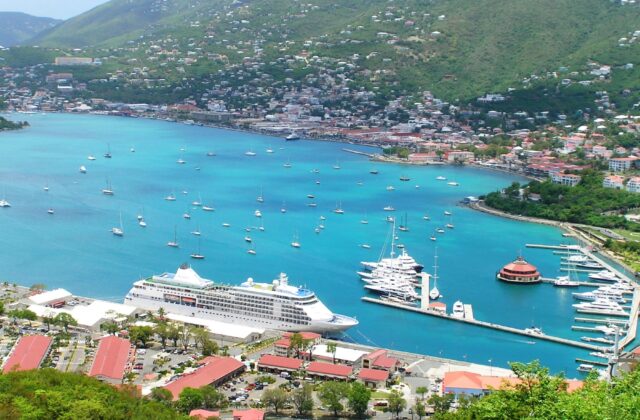 One of the most thriving cruise ship hubs in the world can be found in the U.S. Virgin Island port of St. Thomas. On a given day, St. Thomas’ Charlotte Amalie Harbour holds as many as 11 cruise ships simultaneously.

St. Thomas is the most populated of the Virgin Islands with a steady population of around 18,000. During the winter “high season” the island population explodes and can almost double in number. 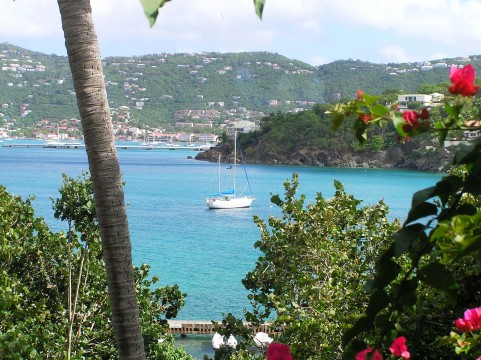 Commerce is the name of the game in St. Thomas, as tourists flock to take advantage of the island’s duty free merchandise. Jewelry and rum are two of the dozens of retail mainstays ready for exchange. The downtown area literally bustles with cruise ship tourists by day and vacationers feast on the plethora of restaurant choices by night.

St. Thomas’ historical reputation is notorious with storied buccaneers such as Blackbeard and Bluebeard taking refuge on the island. Modern day notables such as actor Kelsey Grammar and basketball’s Tim Duncan hail from this island whose heritage is woven with Danish, French, and Spanish roots. 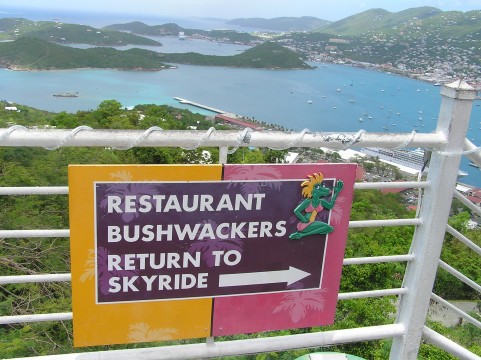 A favorite photographic vantage point for Charlotte Amalie Harbour is from the extreme elevation of the Paradise Point Tramway. Once at the top, treat yourself to a Bushwacker, a concoction of dark rum, Irish Cream, Amaretto, and vodka over ice. The Bushwacker is a high-octane beverage that even Blackbeard would need to sip in moderation.