Posted by Tim Cotroneo on Tuesday, December 6, 2022 · Leave a Comment Quivira Golf Club, the stunning Nicklaus Signature Design perched on the end of the Baja California Peninsula – literally at Kilometer 0 – has made some changes to the golf course routing. To accommodate ongoing projects around the site, and in anticipation of the second golf course, the holes have been rerouted. 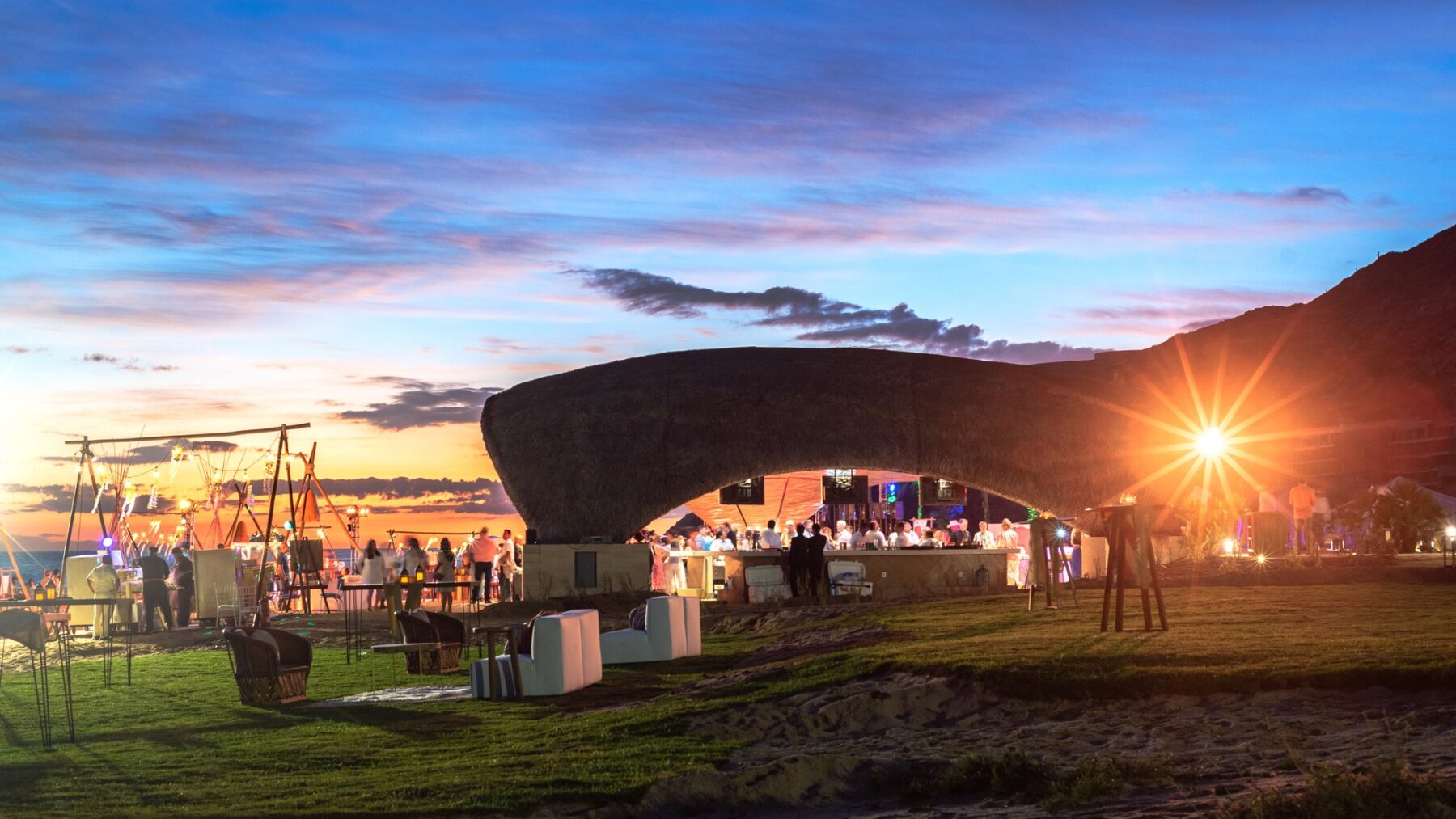 The recent debut of the Beach Club, an exclusive new amenity for Quivira Los Cabos residents and their guests, necessitated the elimination of the beachfront golf cart path that led from the staging area to the former first tee.

The par-4 18th hole, a classic links-style par 4 flanked to the left by an arroyo and to the right by dunes and mesquite trees, now functions as the first hole. The broad contoured fairway leads to an infinity-edge green that appears to float on the ocean. Faced into the prevailing breeze, Quivira’s new first hole provides a firm but fair test and a solid start to the round. 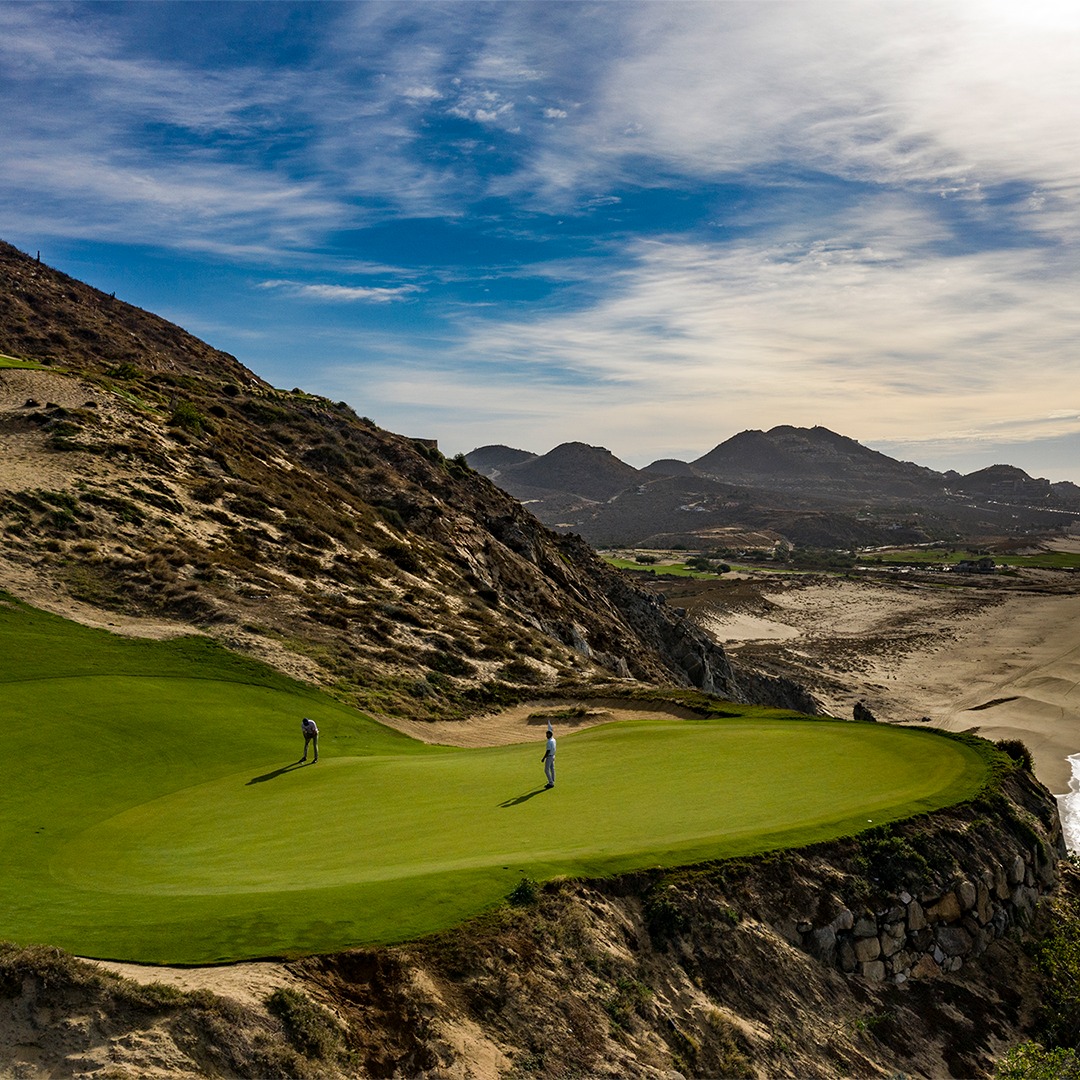 To facilitate access to this hole, director of golf Antonio Reynante explained that a new thoroughfare had to be created. Players now exit the north end of the driving range and follow a well-marked golf cart path and a formal crossing of the main road to reach the first tee.

The holes thereafter follow suit: the original first hole, a subtle left-to-right dogleg with a sandy arroyo crossing the fairway 100 yards short of the undulating green, is now No. 2. 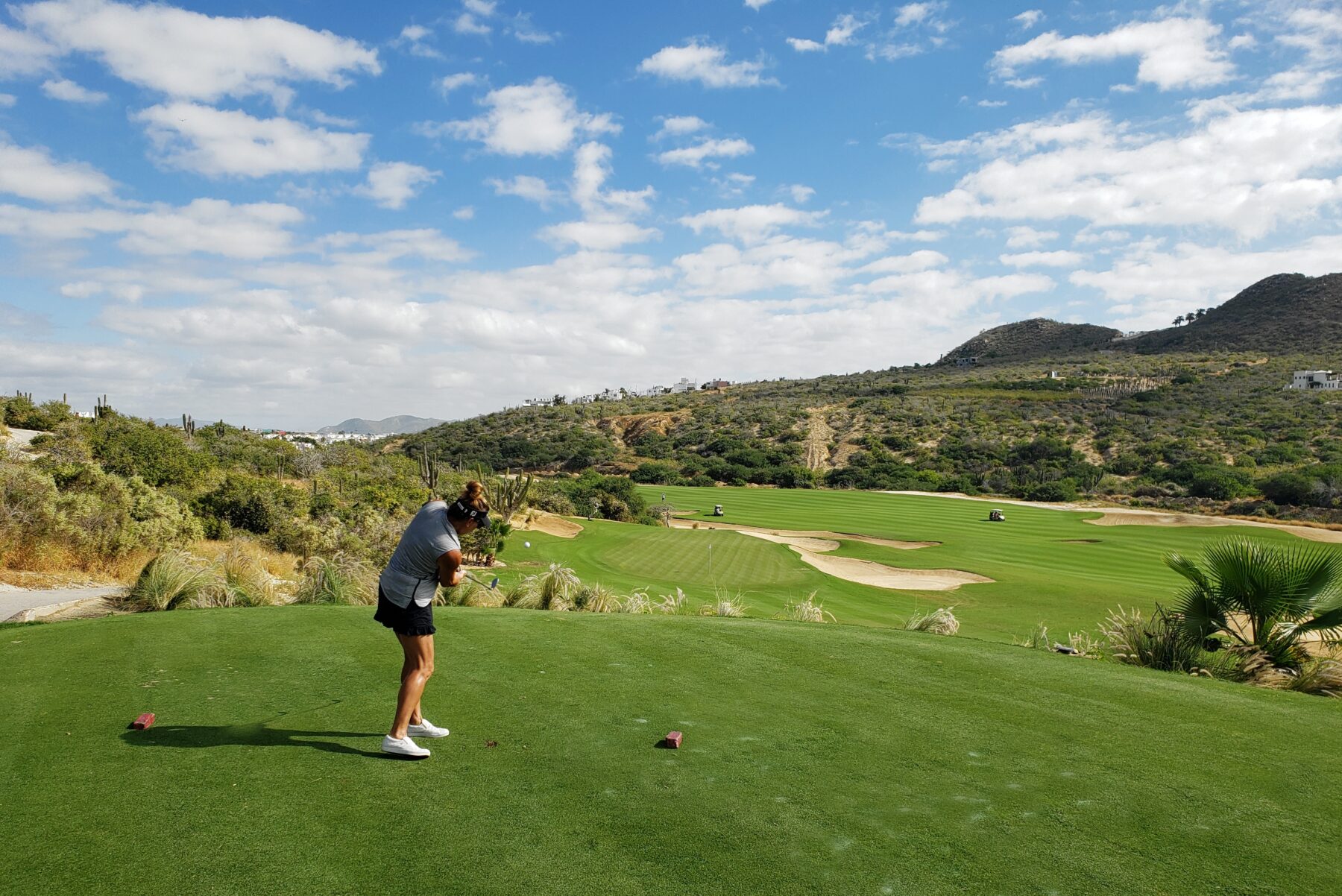 One advantage of the reordering of Quivira’s holes is the fact that the par-ninth hole (previously the eighth), which plays uphill to a bi-level green tucked in a cleft of the dunes, leads directly to the Oasis, the club’s main comfort station. It’s now a true halfway house that marks the midpoint of the round.

Other advantages: Reynante believes the course is now more “connected,” with a more balanced par-35 front nine and par-37 back nine.

A round at Quivira now concludes at the previous 17th hole, a new creation that debuted in June that was built to replace a hole requisitioned by the Alvar development. The new 18th hole, a tactician’s delight, is a relatively short par 4 that doglegs to the right around a vast sandy waste area. 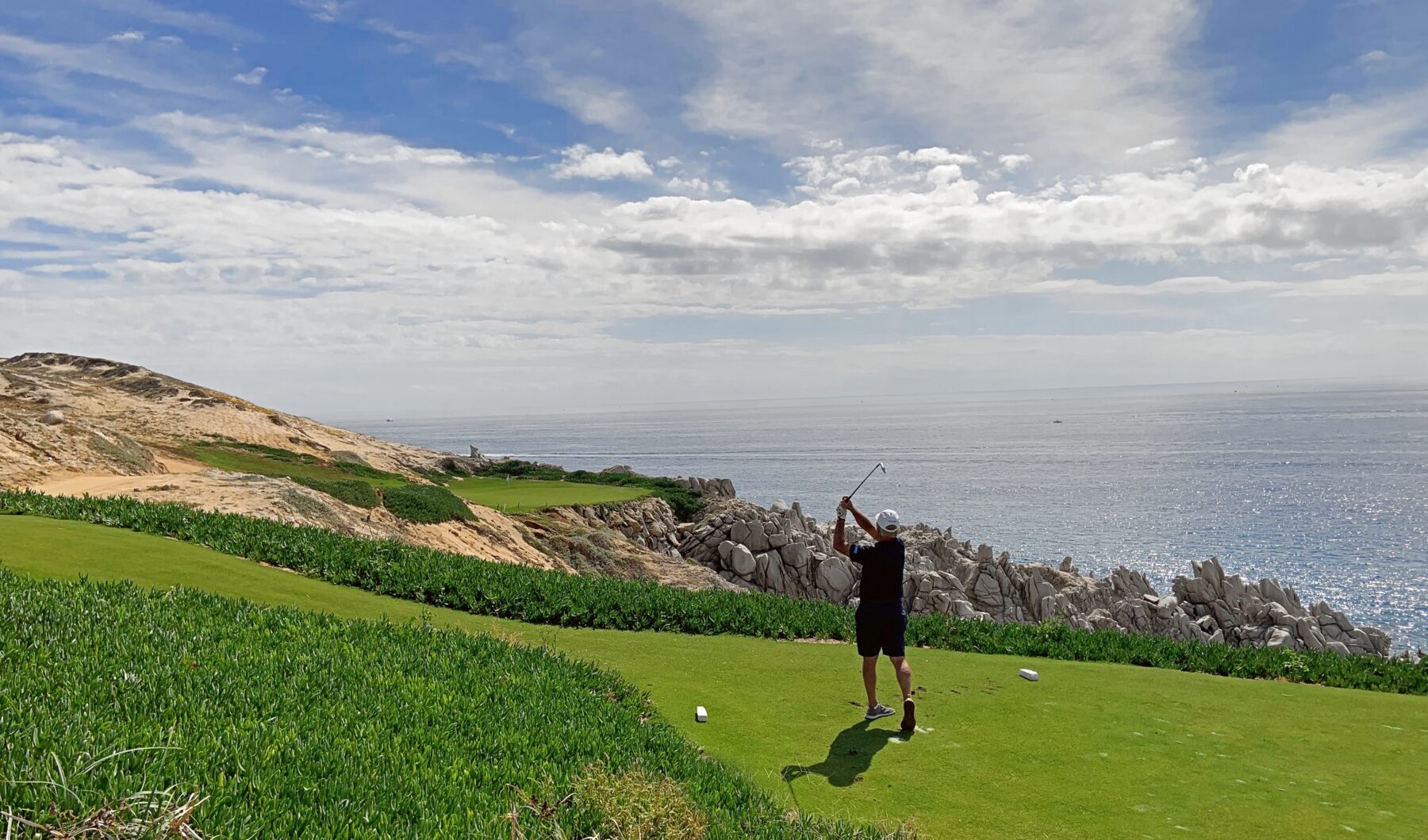 According to Jim Lipe, a long-time Jack Nicklaus design consultant, the hole presents a unique risk-reward scenario. “Flirting with the waste area on the right will give players the best angle to the green,” he said.

The three-level putting surface, skewed to the line of play, is 100 feet long and barely 30 feet wide. It may appear fairly benign, and good players will be gunning for birdie, but par is good score for most golfers at new No. 18. Jack Nicklaus has yet to build a creampuff for anyone!

When the final putts are holed, players can look up from the exalted perch of the putting surface to savor a panoramic view of the sea. 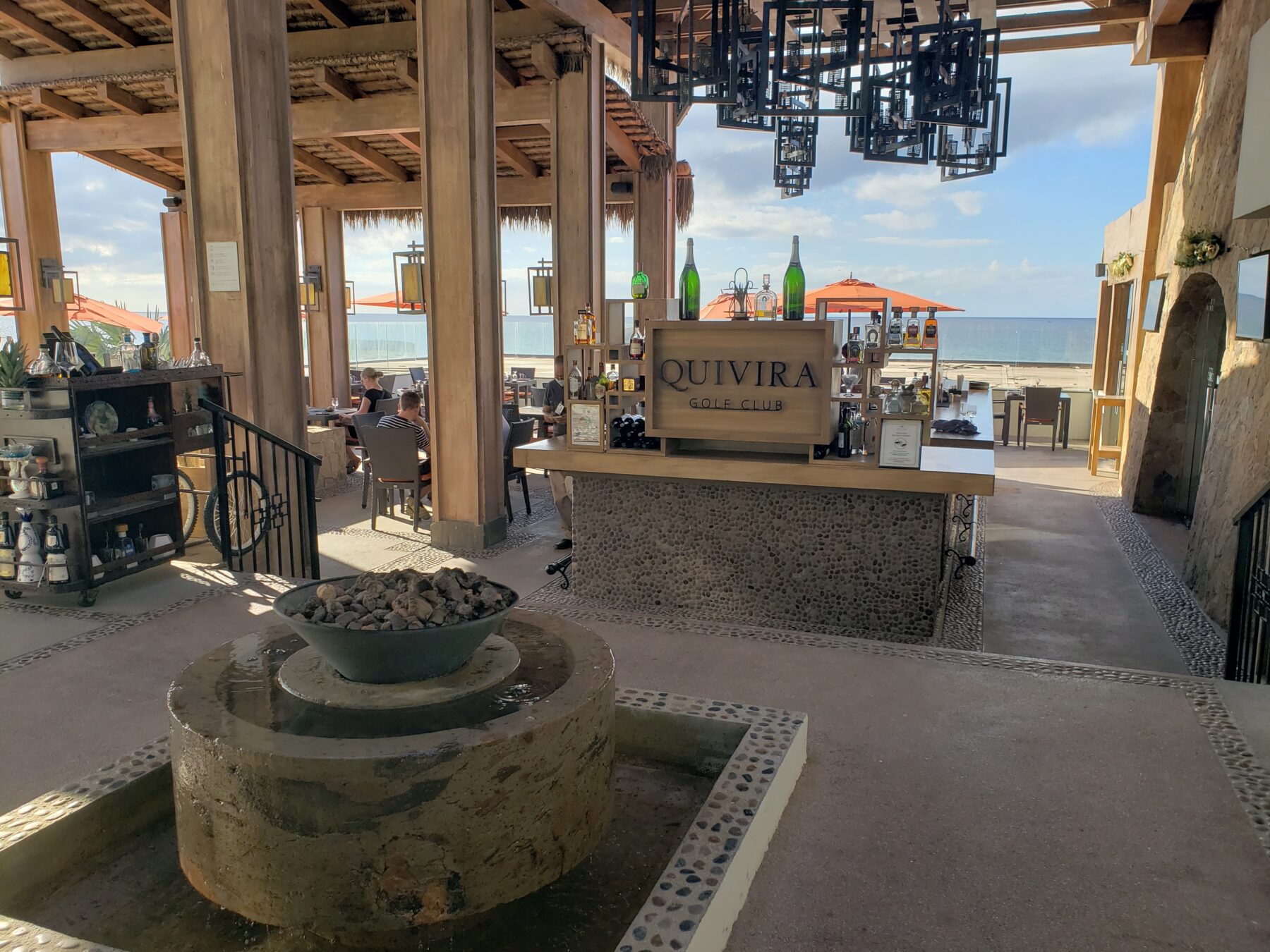 “It almost feels like a new course,” Reynante enthused. “Our members and residents love the new sequencing of holes. We’ve also eliminated the long drive from the previous 17th green to the former 18th tee,” which he said often resulted in backups on the finishing hole. Instead, there’s now a relaxing downhill drive from the 18th green to the clubhouse.

For residents and guests who’ve become accustomed to the original sequence of holes, the new configuration may take some getting used to. For all others, Quivira Golf Club, recently named to Golf Digest’s list of the “World’s 100 Greatest Golf Courses,” lives up to its reputation as one of the Golden Bear’s crowning achievements as a designer—and one of the most spectacular courses on earth.