Posted by Tim Cotroneo on Wednesday, August 21, 2019 · Leave a Comment 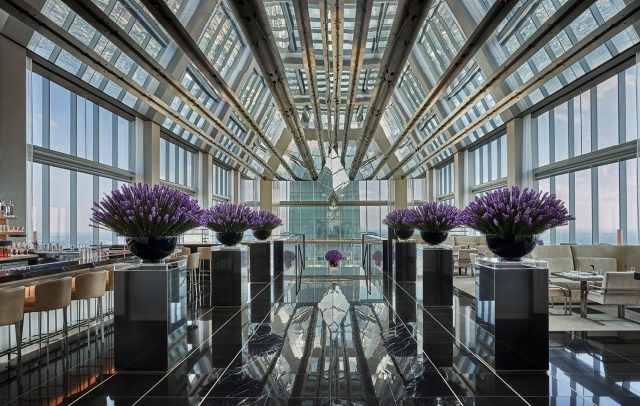 The highest situated hotel in North America offers world class dining, state-of-the-art technologies, calming wellness concept and awe-inspiring artistry together with legendary Four Seasons service in a hospitality experience like no other.

On the uppermost floors of what is now the city’s tallest building and 10th highest in the United States, the all-new Four Seasons Hotel Philadelphia at Comcast Center is now open – and taking its place amid the world’s finest hospitality experiences.

“This exceptional new property represents the very best of Four Seasons. From architecture to design, artistry and innovation, culinary mastery and wellness expertise, we have worked closely with our visionary partners at Comcast and Liberty Property Trust to assemble an all-star team of virtuosos who are elevating Four Seasons service, quality and artistry to new heights,” says Christian Clerc, President, Worldwide Hotel Operations, Four Seasons Hotels and Resorts. 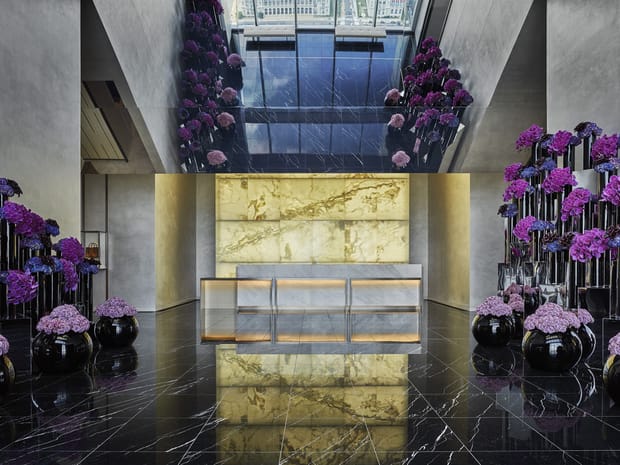 “Together, we’ve redefined not only the skyline, but the hospitality experience in Philadelphia. Our team of more than 500 dedicated staff members, led by General Manager Ben Shank, is excited to welcome our first guests to experience this incredible and historic city with Four Seasons,” Clerc continues.

Ben Shank, who grew up in the city, began his Four Seasons career at the company’s former location on Logan Square two decades ago.  “Philadelphia continues to transform and surprise with its creativity and promise of the future.  It’s this spirit that is driving everything we do at Four Seasons Hotel Philadelphia. Our team is ready to open our doors and welcome the world.”

Art and Technology Come Together in Philadelphia 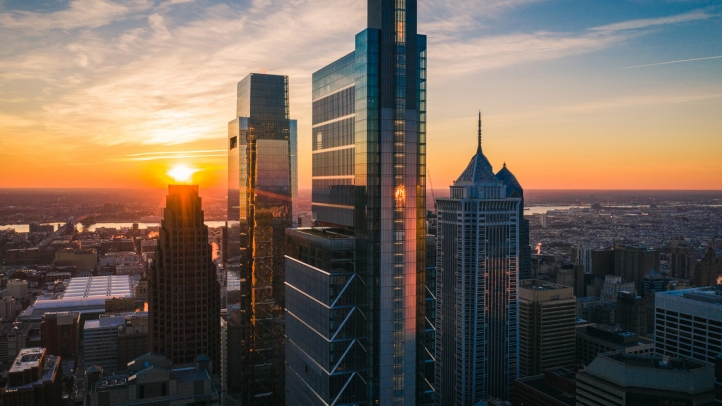 The entire Comcast Center building and the interiors and furnishings of Four Seasons Hotel Philadelphia have been designed by world-renowned architect Norman Foster of Foster + Partners, who has effectively redefined the skyline of one of the country’s most historic cities.

Inside, Artistic Director Jeff Leatham has created stunning floral art in his signature style.  His designs are found throughout the property from the ground floor entry to the 60th floor Hotel lobby. In addition, Tokyo-based teamLab has envisioned a giant digital floral experience as a modern expression of traditional Japanese painting techniques in the Hotel’s arrival lobby.

Art lovers will revel in the range of world-class museums in the city, from the Barnes Foundation to the Philadelphia Museum of Art, Rodin Museum and more in the Parkway Museums District. 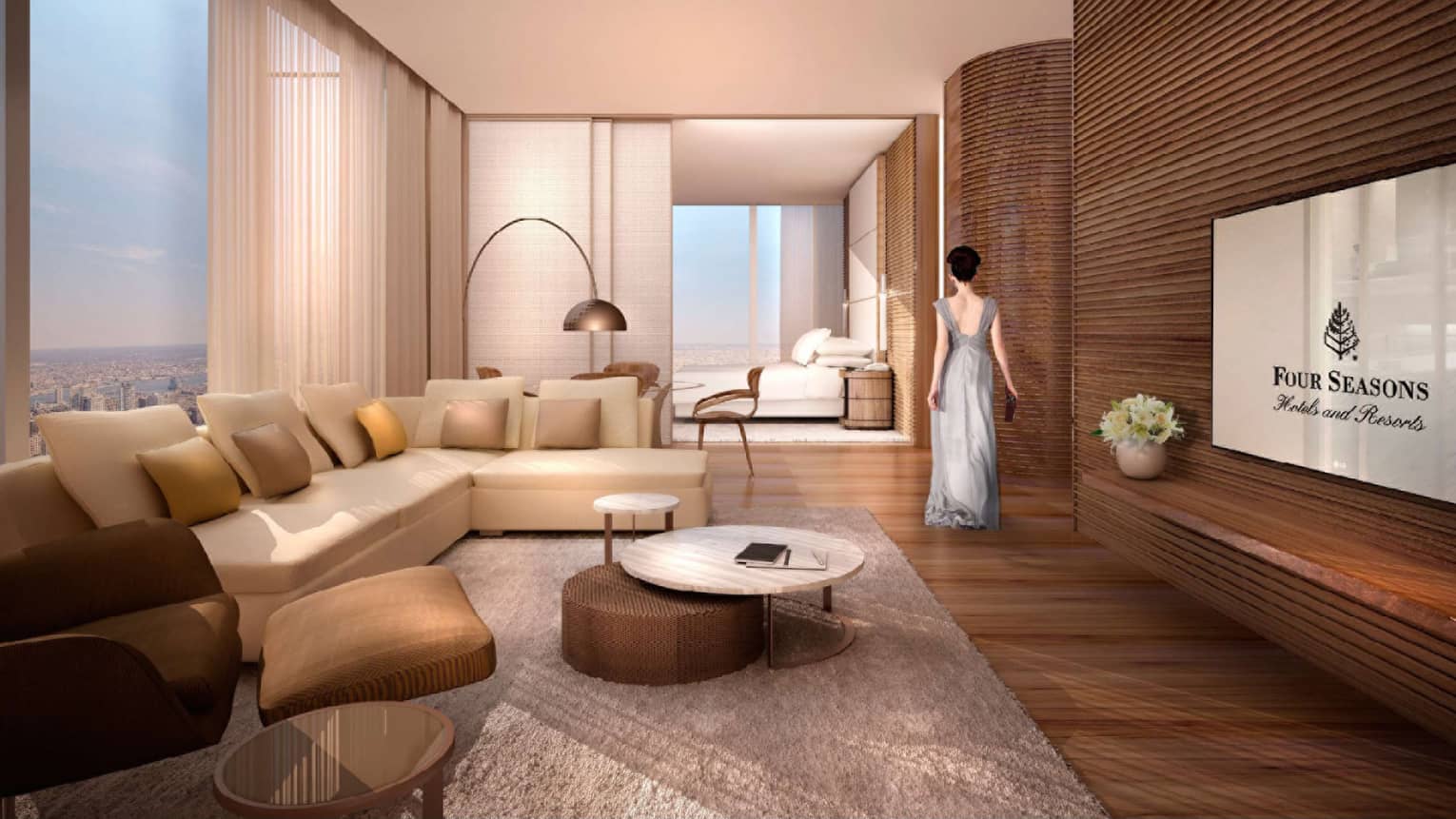 At Four Seasons Hotel Philadelphia, which is located between the building’s 48th and 60th storeys, every one of 180 rooms and 39 suites boasts unobstructed floor-to-ceiling views of the city and beyond.

Guests are welcomed upon entry to their guest room by musician, record producer and visual artist Brian Eno’s soundscapes, created exclusively for the Hotel.  Additional thoughtful touches include at-one’s-fingertips technology and bath products by Guerlain.

In partnership with Comcast, all guest rooms and suites also offer the award winning X1 Video Experience, including approximately 300 channel options and a complimentary library of more than 50,000 movies and shows on demand, all searchable with the X1 voice remote.

Insider Tip: Book one of the Skyline Corner Suites for sweeping city views, whether lounging in the salon, indulging in a bubble bath or waking to a brand new day. 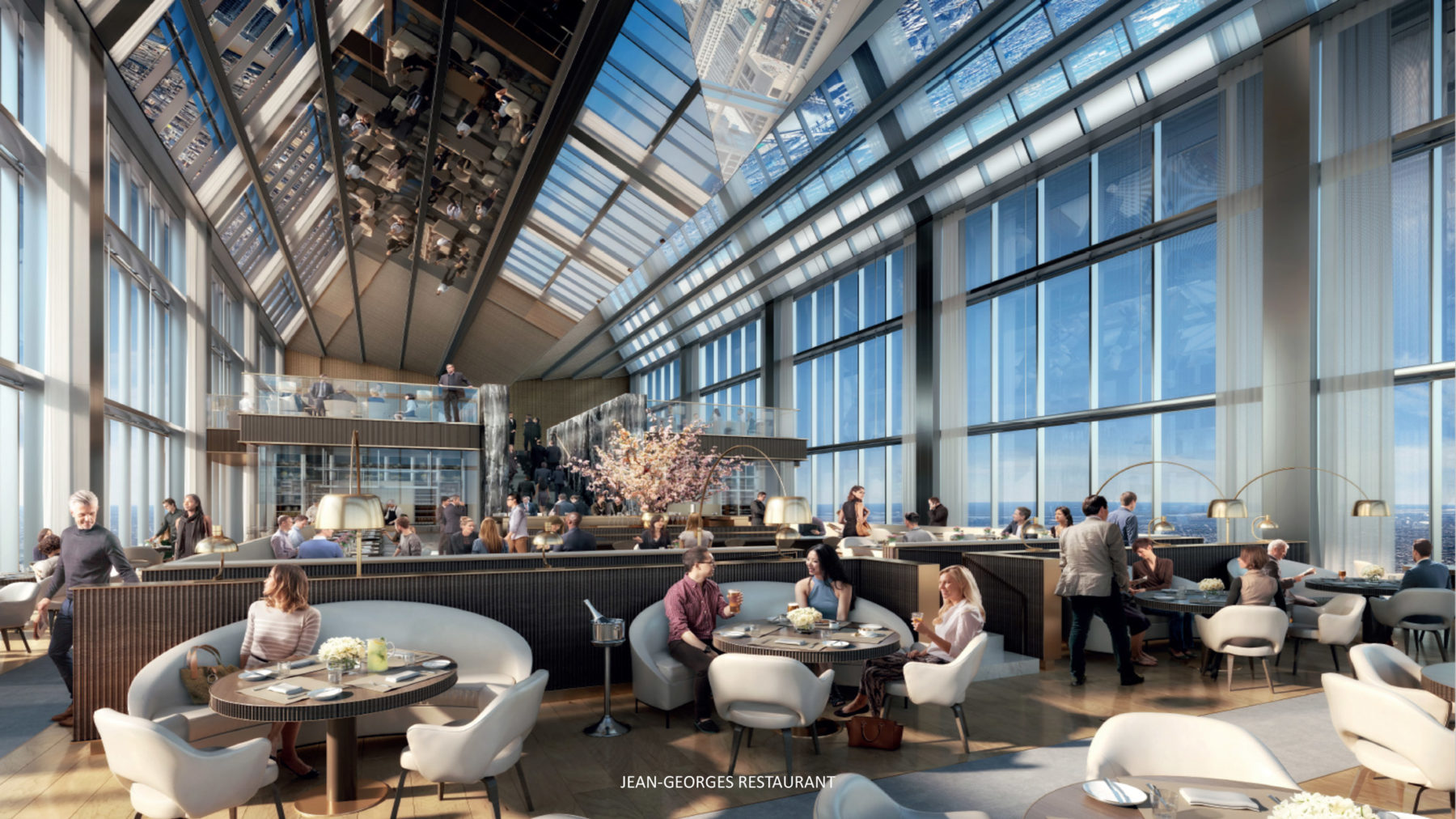 Michelin starred Chef Jean-Georges Vongerichten has chosen Four Seasons for his Philadelphia debut, literally taking his place at the top of the city’s dining scene with the 59th floor Jean-Georges Philadelphia restaurant and the 60th floor JG SkyHigh cocktail bar.  Norman Foster’s soaring space showcases the internationally acclaimed French-American chef’s signature cuisine within an atrium featuring 40 foot (12 metre) glass walls and a cleverly mirrored ceiling that reflects both diners and the city below.

It’s an incredible place to begin the day with a power breakfast, enjoy a much-needed midday break, savour sunset cocktails and then relax with friends over an extraordinary meal.

Greg Vernick is also part of the Four Seasons culinary team as he unveils Vernick Fish, conceived as a modern American oyster bar open to the street. Expect the unexpected in the James Beard Award winning Chef’s imaginative global flavour combinations, with well-crafted cocktails and wines enhancing the lunch and dinner menu.

The first project in the city by internationally celebrated Tihany Design, the lively, inviting space is contemporary and casual with a seamless transition from bar to dining area. White terrazzo extends along the back wall, where the chef’s kitchen is set against a backsplash of blue and cream coloured ceramic tile in shapes reminiscent of a school of fish.

Insider Tip: Already declared the city’s Best Secret Restaurant and lauded for its leafy setting and “excellent” food since it opened late last year, Vernick Coffee Bar  is a full-service café as well as barista bar and to-go bakery.

An Oasis for Mind and Body

The Hotel’s 57th floor is a haven of health and wellness that includes an enormous indoor pool that “spills” into the sky; a state-of-the-art fitness centre in partnership with celebrity training guru and Four Seasons Global Fitness Advisor Harley Pasternak; a wellness boutique; and the seven-treatment room Spa at Four Seasons.

“Even before your treatment begins, you’ll feel a sense of calm and renewal as you enter and move through The Spa.  In consultation with crystal healing expert Rashia Bell, we’ve embedded 700 pounds of crystals into the space to create a sense of serenity that can be felt throughout the Spa, and carefully curated experiences that focus as much on the soul as the body,” says Senior Spa Director Verena Lasvigne-Fox. 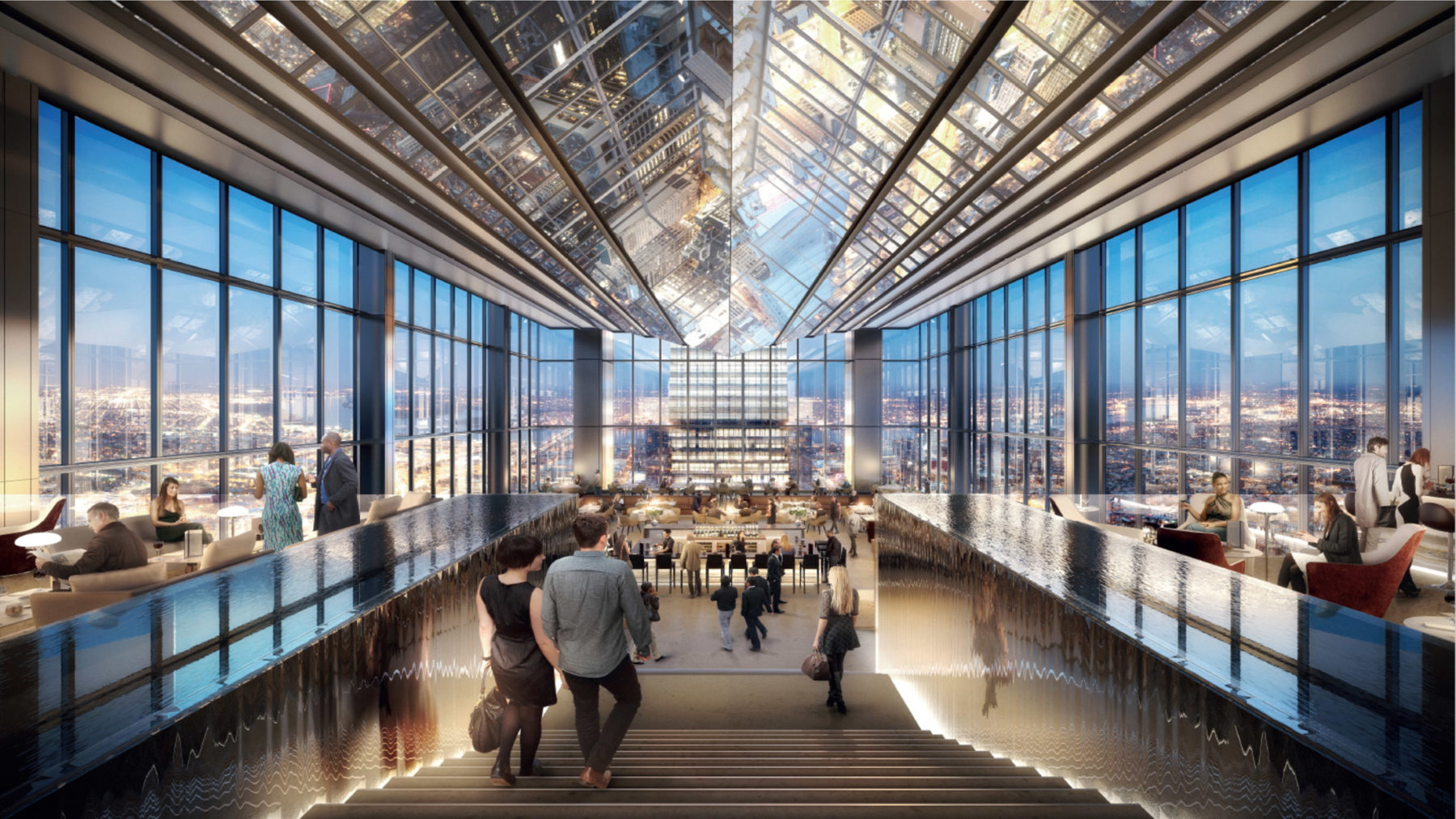 Flexible event spaces include the Grand Terrace Ballroom with adjacent foyer and 1,348 square foot (125 square metre) outdoor terrace, as well as the smaller Arch Ballroom on the 5th floor; an easily accessed executive boardroom on the 2nd floor; and three additional spaces atop the Hotel on the 59th floor that can be configured for receptions of up to 80 guests against a backdrop of sparkling city lights.

Natural light shines in every room, and the Hotel will offer meeting planners, event hosts and wedding couples the opportunity to work with celebrity floral designer Jeff Leatham.

In celebration of its opening and the return of Four Seasons to the city, Four Seasons Hotel Philadelphia at Comcast Center is extending several attractive overnight stay offers that may be booked online or by calling 1 800 819 5053.