Posted by Tim Cotroneo on Wednesday, September 11, 2019 · Leave a Comment 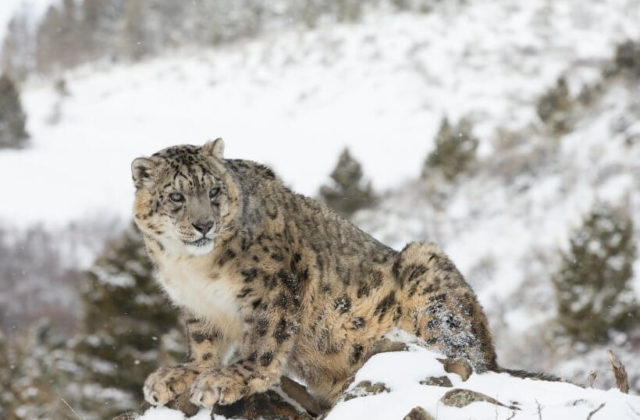 Silk Road Adventures has launched a world-first expedition to track snow leopards in Central Asia – including the Tajik reserve that is home to the world’s highest density of these enigmatic cats.  The Snow Leopards of Central Asia tour has been two years in the planning, working in close collaboration with international and local conservation teams on the ground. The result is an itinerary that will not only provide the best possible chance of seeing snow leopards in the wild, but will also enable visitors to enjoy a first of its kind opportunity to be directly involved in a range of innovative conservation efforts that help towards preserving the snow leopard in its natural habitat.

No tour operator has ever offered an opportunity to track snow leopards in these regions of Central Asia. Not only are the chances of seeing them higher than in Ladakh, one of the most popular regions for this type of activity, but the altitudes in Central Asia are far lower, making it a much more comfortable experience. This new trip will also provide valuable income to a local economy that is only recently beginning to see the fruits of slowly increasing tourism, as well as bringing other real, tangible benefits to the conservation effort to understand and preserve the iconic big cat.

The twelve-day trip will focus on two conservation areas – one in Tajikistan’s south-western Pamir mountains and the other in Kyrgyzstan’s Ala Too ranges. In Kyrgyzstan, the chances of seeing snow leopards are lower and the focus will be on other key species such as wolves, ibex and Marco Polo sheep. Here, the group will spend the days with local rangers, travelling through the snow-covered forests and mountains on foot or by horse. The ranger team here will also be ensuring that the group get involved with the conservation efforts in the area, something that very few tourists get to do: setting camera traps, analysing the footage and helping with species’ count. 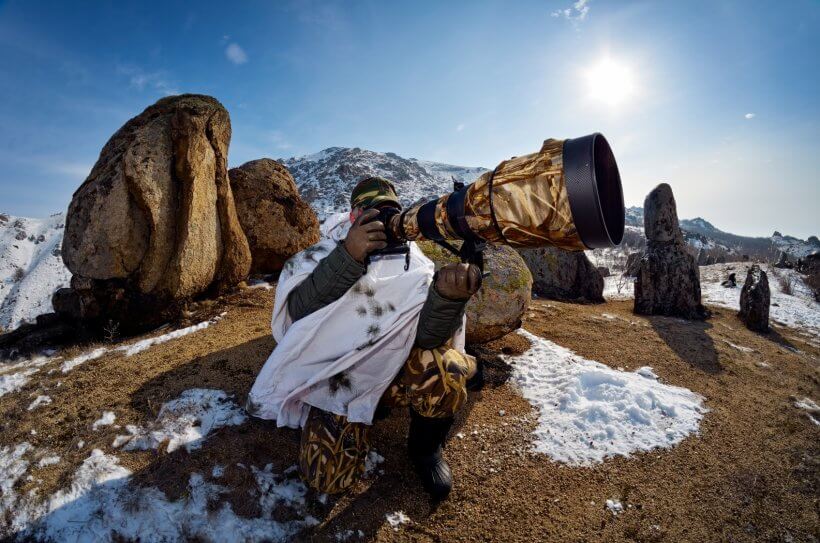 In the second part of the trip, the group will travel to Tajikistan’s south-western Pamir ranges – home to the highest density of snow leopards on earth. In 2013, six cats were recorded in a 100 square kilometre area here. A team returning in 2016 identified ten cats in the same reserve – so there genuinely is no better place in the world to see the leopards. On each of the five days spent in this beautiful Darvaz region of Tajikistan, the rangers will lead small groups of just two or three people on foot across the mountains, tracking wildlife and helping to set camera traps for analysis in the following days. Not only will the rangers have been out in the week prior to the group’s arrival, but they will be up before dawn each day, identifying signs that will provide the best possible chance of spotting a snow leopard without creating any risk to the species itself or to any prey species.

This is a trip that will combine five star city accommodation with cosy but fairly basic mountain lodges, where the experience will be enhanced by the provision of soft duvets, fresh linen and good pillows – not to mention hot water bottles at night and a generous stash of good wines, G&T and delicious food. The two directors of Silk Road Adventures are specialists in Central Asia and have spent months at a time living in Tajikistan and Kyrgyzstan.  They know the best places, the best people and where to find the best coffee, an insider knowledge that really sets them apart.

The newly announced twelve-day tour will depart on 29th January 2020 with a maximum group size of ten people and will be accompanied by one of the directors of Silk Road Adventures.  There is no single supplement and the price is £6750 per person including all accommodation, all meals, some alcohol, transfers, professional local guiding and conservation team, conservation lectures, wildlife tracking, internal flights. International flights into Bishkek and out of Dushanbe are not included.