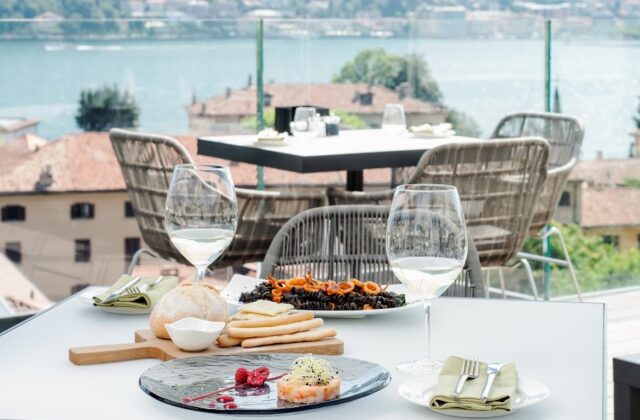 July 2022…// Hilton Lake Como is delighted to announce a series of tempting additions to its culinary lineup this summer. From a new Executive Chef and street food pop-up featuring the world’s best artisanal pizza to an earth-themed cocktail list and an updated menu at signature restaurant Terrazza 241, the lakeside paradise is the ultimate choice for a gourmet getaway this summer.

New Executive Chef Stefano Ghielmetti
Overseeing the entire culinary experience at Hilton Lake Como is newly-appointed Executive Chef Stefano Ghielmetti. Born and raised in Como, he has lived and worked in Dubai and Toronto and trained at Michelin-starred establishments such as Restaurant Gordon Ramsay in London. Ghielmetti cites this experience as a constant source of inspiration, bringing an international edge to his cooking. 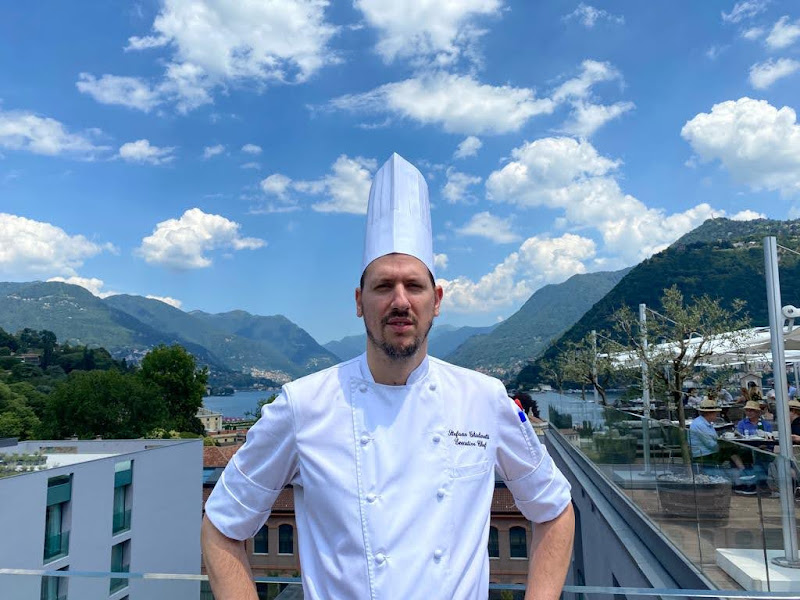 Commenting on his appointment and the new summer offering, he said: “I am thrilled to be a part of the exceptional team here at Hilton Lake Como. Our little slice of paradise on Lake Como is fast becoming the go-to gourmet destination for foodie travellers in the region and our latest launches are the so-called ‘proof in the pudding!’. Yes, I am passionate about Italian food but I also like to mix it up with South American and Asian influences to bring an element of the unexpected and to surprise and delight our guests, while always using the freshest local produce.”

Street Food for the Entire Family 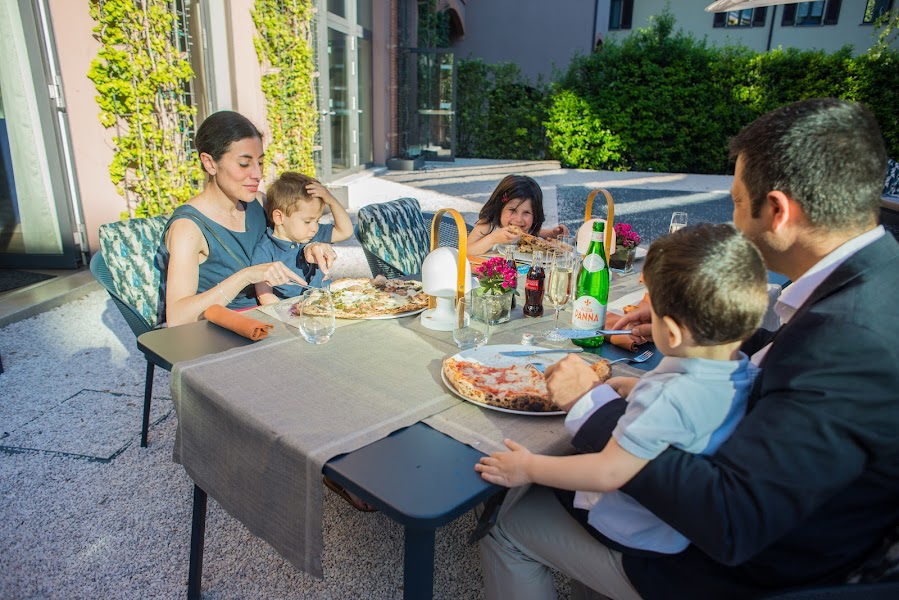 Available from July to October 2022, Hilton Lake Como will be offering a new pop-up street food bar concept that has been created within the terraces of the ground floor and will provide an alternative dining option to Terrazza 241 for both hotel guests and locals. Characterized by an informal atmosphere, the new street food bar is an ideal destination for families, friends and couples alike. 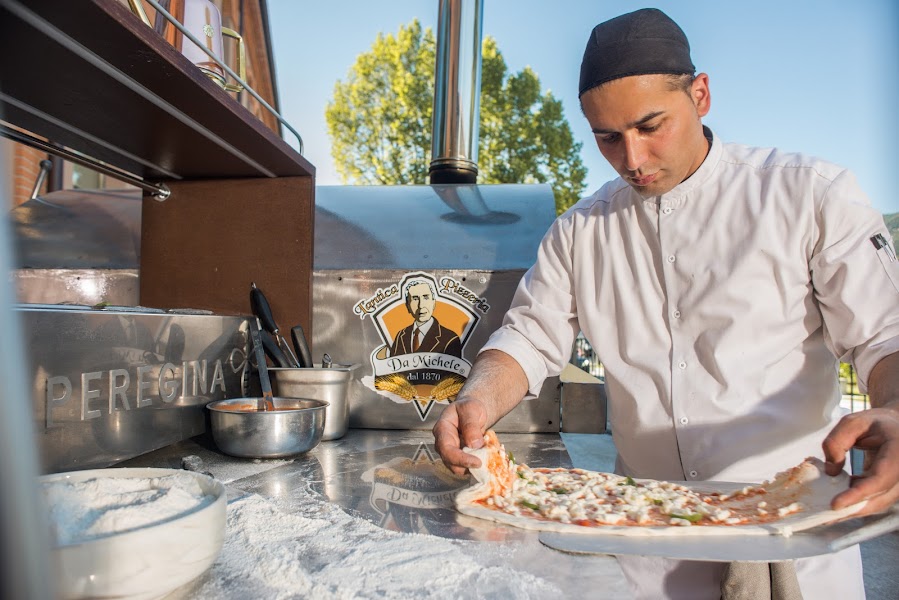 A quirky red-colored portable pizza oven especially created on an Ape Piaggio (similar to a Vespa) will be positioned at the entrance of the hotel thanks to the collaboration with L’Antica Pizzeria da Michele, the renowned and historic Neapolitan pizzeria that proudly uses traditional and natural ingredients.

Nominated in the Michelin and Espresso Guides, it has recently been awarded as the best artisanal pizza chain in the world. The classic round pizza, tasty and inviting, which satisfies both the eye and the palate, will be offered in different regional variations in the name of simplicity and genuine taste: a real culinary journey through the Bel Paese. A selection of gourmet burgers and trendy poke bowls will also be on offer to those who love a tasty but light cuisine. There’s now truly something for every palette at Hilton Lake Como! 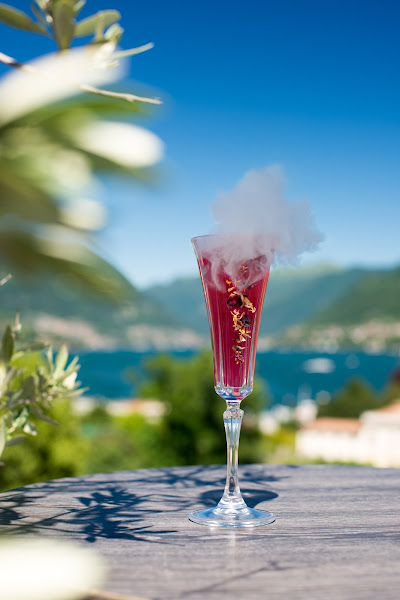 Hilton Lake Como is taking its world-class drinks list to a new level with the launch of a new earth-inspired cocktail menu. The Habitat menu is inspired by far-away lands from Japan to Peru and features a range of tempting tipples to delight every palette.

Traditionalists will adore the Smoked Negroni, which is served in a bell jar filled with the grounding scent of smoked thyme, while the adventurous will revel in the Rajasthan-tea infused rum, banana and lemongrass Oasis, which comes complete with coconut foam. The star of the show is Hanami, which is inspired by the Japanese custom of watching the cherry blossoms in full bloom and is a refreshing blend of Etsu gin, cardamom, ginger, lime and red fruit tea. 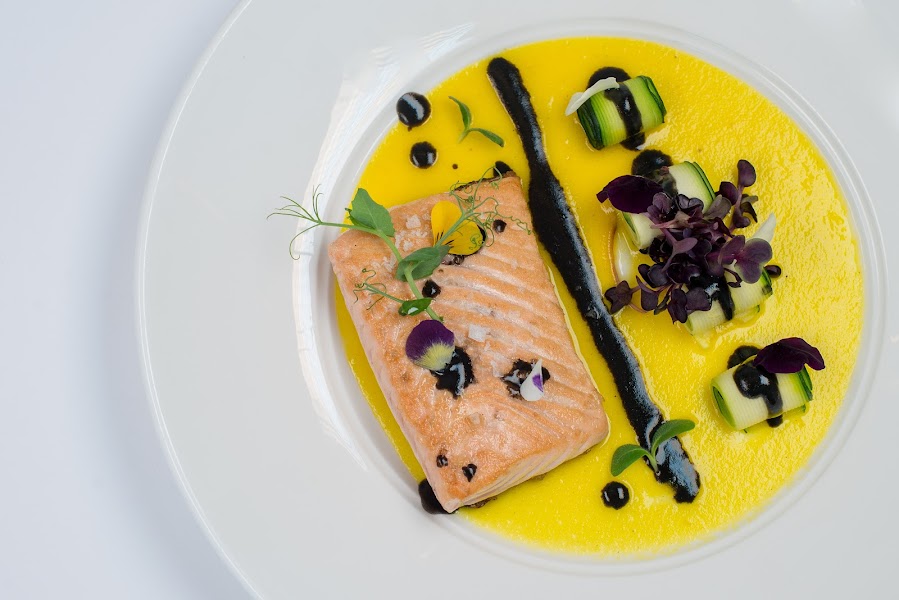 This summer, Executive Chef Stefano Ghielmetti and his talented brigade will serve up a taste of the dolce vita with a brand-new menu for the hotel’s signature restaurant, Terrazza 241. With a sprawling rooftop terrace offering the best view of the lake in Como, Terrazza 241 is the perfect spot for guests to dine al fresco as they watch the world float by.

The new dishes are a celebration of Italian produce, with fresh seafood, the highest quality vegetables and indulgent pasta dishes all on offer. Signature dishes include smoked ravioli with basil, aubergine and burrata cream, chimichurri octopus with summer potato salad, and egg and squid ink pasta with scallops. With an array of delicious desserts including classic tiramisu and Sicilian cannoli, there is plenty to delight those with a sweet tooth. 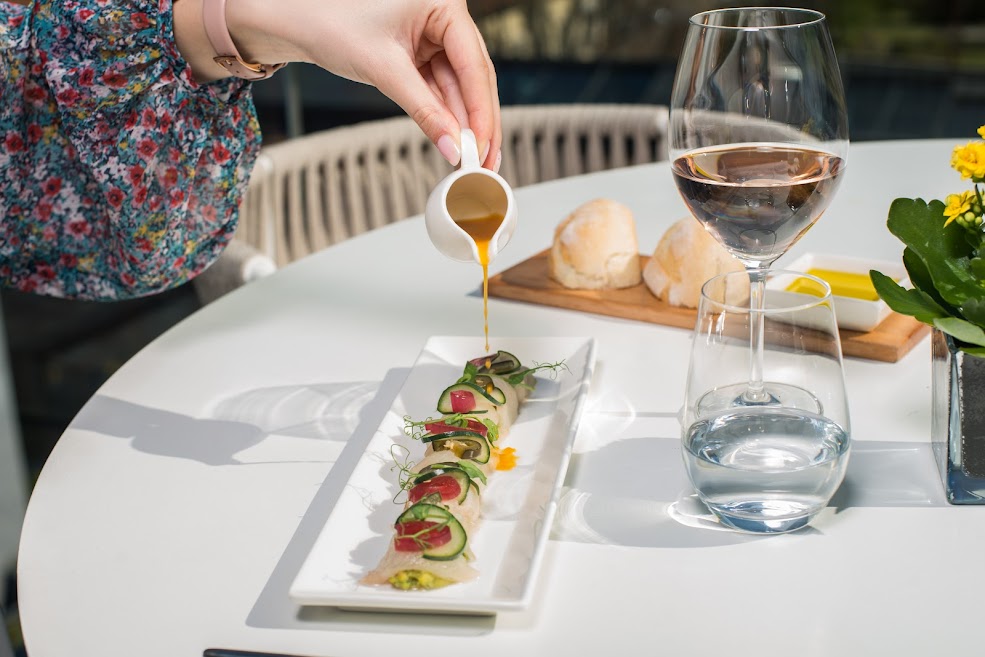 Formerly a silk factory, Hilton Lake Como is now a new generation hotel with spectacular scenery, traditional charm, and jaw-dropping 360-degree views of the lake from its rooftop pool. There are 170 spacious rooms and suites to choose from, including Family Deluxe King Rooms, which sleep up to 4 and perfectly cater to family travellers alongside new interconnecting rooms, a pampering spa and a popular rooftop cocktail bar and restaurant.

Nightly rates at Hilton Lake Como begin at 180 Euro per night based on double occupancy with breakfast included.