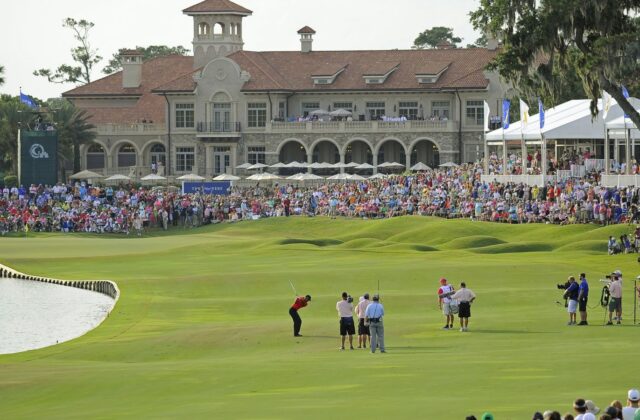 TPC Sawgrass – Home of The Players Championship
By Tim Cotroneo

Tom Vlach, the TPC Sawgrass’ Director of Agronomy, is guaranteed six hours of nightly sleep during the week of The Players Championship. That’s if he decides to not go home and sleep in his office.

The breakneck pace of Sawgrass’ Agronomy team leading up to the week of the tournament culminates with Vlach arriving each morning around 4:45 am and going home around 10:30 pm. “Everything we do here year-round at Sawgrass is geared toward The Players,” Vlach said.

The responsibilities of the Sawgrass Agronomy team are tied to the calendar year and a clock that perpetually sprints like the Eveready bunny. Consider that on the www.tpcagronomy.com website you’ll find a running calculator in the upper left hand corner of the site. This calculator reveals how many days, hours, minutes, and seconds are left until opening day of The Players Championship on May 5. 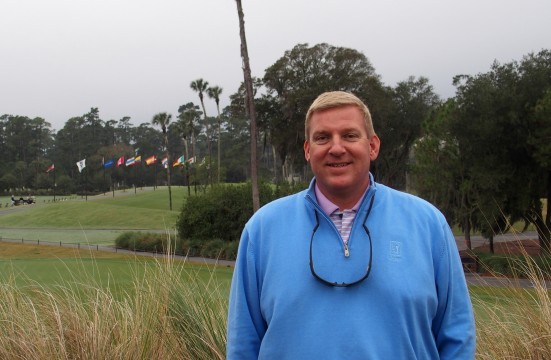 Vlach, a native of Lake Geneva, WI, was pre-destined for his current position from the age of 14.  The circumstances for Vlach’s career choice occurred after he was cut from his high school golf team. “After my family moved from Wisconsin to Southern Florida, I went from being a pretty competitive golfer to trying to earn a spot on a team with four Division I prospects and a kid who went on to play on the PGA Tour. I got cut and suddenly had some time on my hands,” Vlach recalled.

This less than hospitable welcome to Florida golf turned out to be a career blessing in disguise. “There was a Honda Classic tour event that year at the TPC Eagle Trace in Coral Springs, FL. I volunteered to work on the grounds crew filling divots and raking bunkers,” Vlach said. The enterprising Vlach turned the volunteer gig into a summer job under the watchful eye of then Superintendent Fred Klauk. 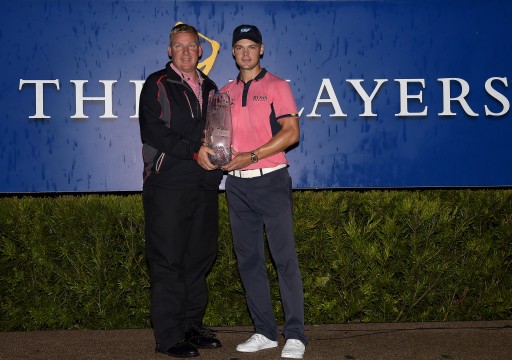 In a twist of fate, Klauk would later take on the same Superintendent role at Sawgrass in 1986. Klauk mentored Vlach and suggested that he could make a career out of managing turf conditions at a golf course. Vlach reflected, “I didn’t even know what the career was called. I ended up pursing a Bachelor in Agronomy at the University of Wisconsin and then I’d return to work at the golf course during the summer.”

When Klauk decided to retire as Sawgrass Superintendent in 2008, he called Vlach and suggested he apply for his job. Four interviews later, Vlach took over the reins of a golf course that never sleeps. 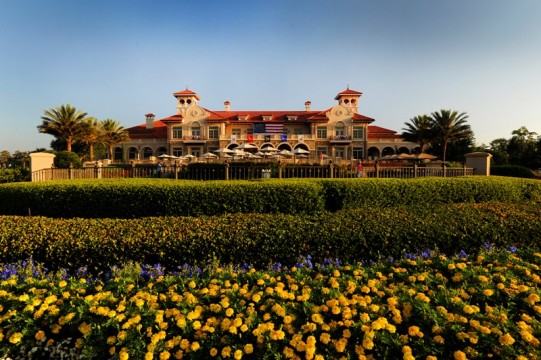 Vlach was interviewed for this article in January, a month in which Sawgrass was charging full-speed ahead toward The Players Championship. The clock on the Agronomy website read 105 days, 1 hour, 45 minutes, and 32 seconds until showtime. On this day, Vlach was communicating with an Ohio-based hospitality construction company that was preparing to send 80 semi-trucks holding 180,000 square-feet of vendor tents.

With a landscape budget of $1.1 million, one of Vlach’s main Players Championship tasks is ordering 40,000 annual flowers that are planted for the tournament. Each Players Championship hospitality tent is adorned with its own array of flowers. In addition to everything else on Vlach’s plate on the week prior to the tourney, his team has some serious planting to do.

The week prior to The Players is also a technology tsunami for Vlach. On the Thursday before the tournament, Vlach meets with a Who’s Who of sports broadcasting personnel. The broadcasting talent is searching for the latest inside morsels regarding Sawgrass architectural design and course conditions. In addition to legendary designer Pete Dye, broadcasting heavyweights like Johnny Miller, Bob Costas, and Jimmy Roberts are stoking up for the lights, camera, and action of broadcast week. 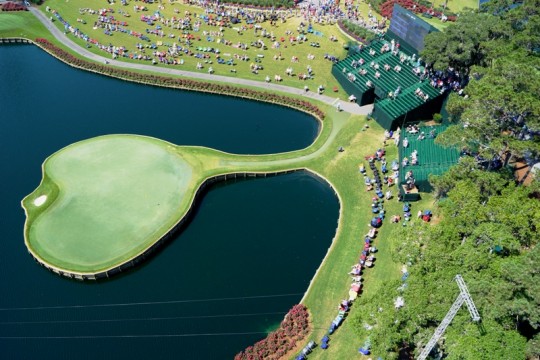 The technology involved in getting Sawgrass ready for broadcast is like golf’s version of Star Wars. All 18 greens have HVAC units planted beneath the green’s surface to both suck and infuse moisture. Only one percent of the golf courses in the world have this sort of putting surface conditioning system at the ready.

Where things get really intense is in the preparation for audience video and audio reception. The legendary 17th hole alone has 20 microphones invisibly planted within earshot of the players. In addition, there are eight stand-alone cameras on 17, as well as one aerial camera, and one camera inserted into a golf ball that sits in the water next to the green. This camera is controlled in the production booth by a joystick. The Players history regarding cutting-edge technology goes back to 1984 when they became the first tournament to feature an electronic scoreboard on their grounds. 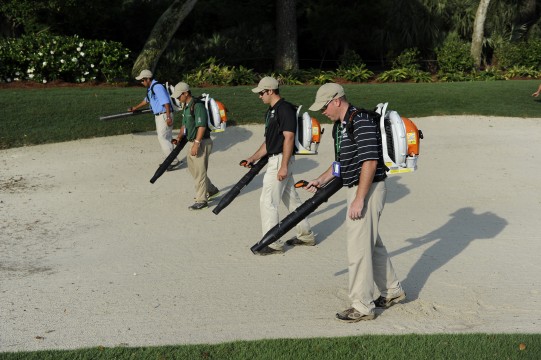 During tournament week, Vlach manages his year-round staff of 90, plus another 80 volunteers. Included in this group of volunteers are superintendents that fly in from all over the world to be a part of The Players Championship. 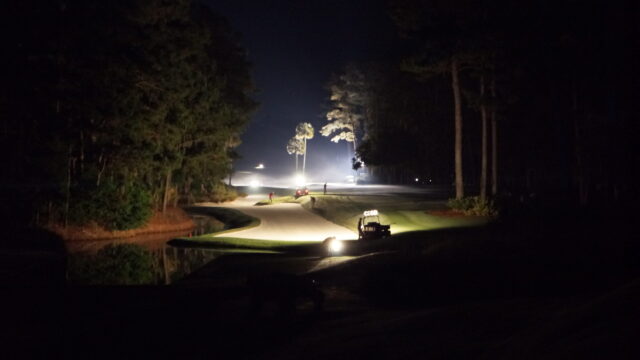 Vlach’s crew logs mega-hours during tournament week. The goal is to have the appearance of The Players Championship grounds appear seamless and spectacular. In the years that the Sunday round falls on Mother’s Day, on the Saturday evening before, Vlach’s team is out during the wee hours pulling existing flowers and planting hundreds of pink begonias to commemorate Mother’s Day and breast cancer awareness.

When the final round on Sunday draws to a conclusion, Vlach’s Ponte Vedra, FL-based team can take a breath after sprinting through a year-long turf condition marathon. “We view the day after the tournament with both relief and a bit of sadness. The reality is we need to go into course cleanup mode and start over,” Vlach said.

On the Monday after the winner’s name is inscribed on The Players Waterford crystal trophy, the calculator on the TPC Sawgrass Agronomy website will read 364 days and counting. Vlach knows this is the TPC Sawgrass way of life. It’s a new day and a new year at Sawgrass, the golf course that never sleeps.

Tim Cotroneo is a Minneapolis-based freelance writer specializing in travel, business, and golf. Read more of Tim’s stories at www.timcotroneo.com