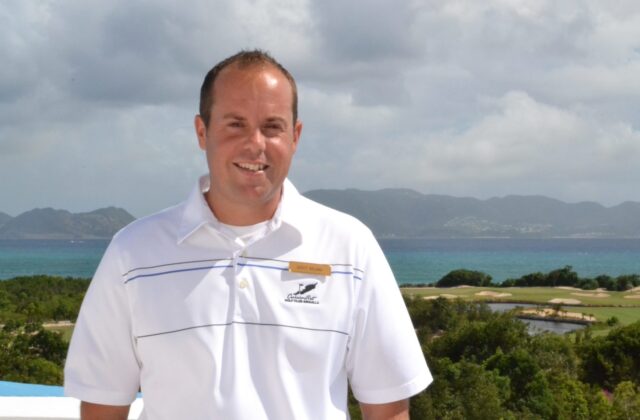 Golf Professional Scott DeLong’s first day relocating to the Caribbean island of Anguilla is one he’ll never forget. Hours before his plane touched down at the neighboring island of St. Maarten’s International Airport, Hurricane Gonzalo slammed the island with 100 mph winds.

“When I stepped off the plane there was only a skeleton crew still working at the airport. I learned that the boat scheduled to take me over to Anguilla had been canceled,” DeLong said.

DeLong scrambled to secure a hotel room on his cell phone. The 30-year-old Drury University grad managed to book one of the last rooms still available in St. Maarten. Prior to working even a minute on his new job as the Head Golf Professional at the Greg Norman-designed Cuisinart Golf Course in Anguilla, DeLong had already written quite a new chapter in his already rich career story. 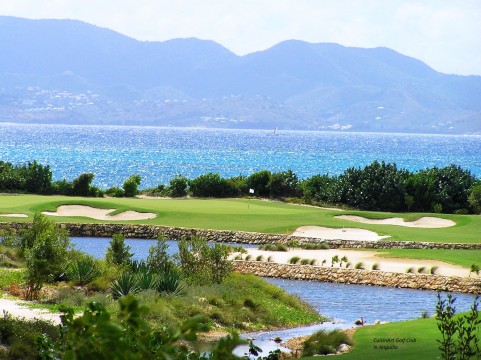 DeLong graduated from Drury in 2007 with a Bachelor of Arts in Advertising and Public Relations. “I had a blast at Drury. I was in a fraternity, played golf, and made a lot of great friends. When I graduated I needed to choose between a career in advertising or follow my passion. I chose golf,” DeLong said.

As DeLong made his way up the golf industry food chain, he noted that many of the audience research skills he gained from his advertising and marketing classes served him well in the interview process. These research techniques came to a head when interviewing for the Cuisinart position. 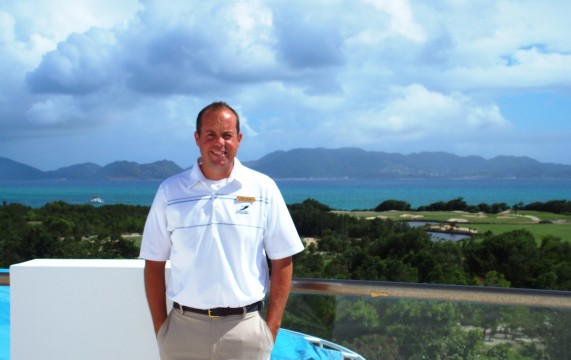 Cuisinart Resort and Golf Course chose DeLong after conducting an extensive global search for their new Golf Head Professional. Cuisinart lures five-star guests from around the world, so their first hiring priority was finding someone with excellent communication skills. Prior to his phone interviews, DeLong made a point of researching the island of Anguilla, along with finding details about the golf course and resort. His phone interview success led to a face-to-face interview on the island. Interestingly, a key factor in making him Cuisinart’s number one choice was his interest in one of Anguilla’s favorite new sports.

“A lot of the interview questions concentrated on what I liked to do with my free time. When I mentioned I was really into water sports and paddleboarding, the Cuisinart people thought I could thrive in an island lifestyle,” DeLong said.

Adjusting to the Island Life 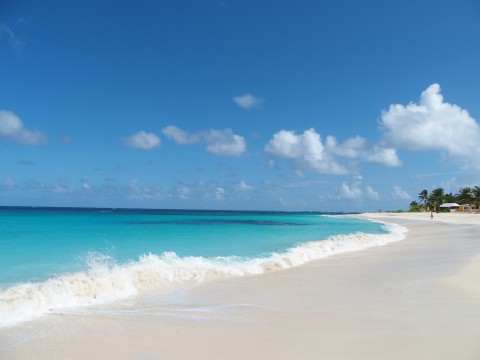 Most of the photos representing Anguilla feature scenes capturing the island’s 33 world-class beaches. DeLong learned that the hardest part of relocating to a paradise-like environment is getting past that initial first two months. It’s during this period that newcomers feel like they are on an extended vacation. Around the third month, adjusting one’s mind to a more laid-back lifestyle, and finding diversions beyond work, becomes essential to long-term island success.

DeLong’s Golf Professional work week is down to a manageable 50 hours. Compare that to the 60-plus hours he typically worked at his previous position as Head Golf Professional at Deering Bay Golf Club in Coral Gables, FL. In addition to assimilating into Anguilla’s paddleboarding scene on the island’s southeast coast, DeLong takes part in a weekly golf outing with a half dozen of the island’s long-time residents. Included in DeLong’s group are a restaurant owner, a construction contractor, and an internationally known author. “It’s fun being one of the guys. The long-time residents really look out for island newcomers. They remember what it was like when they experienced their adjustment period,” DeLong said. 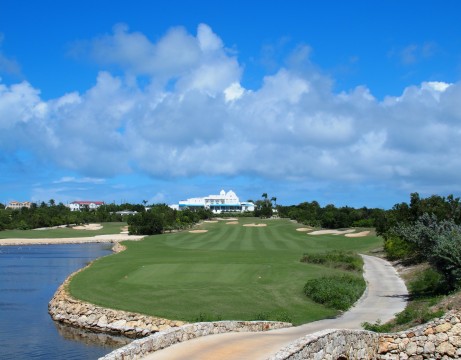 Adjusting to Anguilla means keeping a poker face when rubbing elbows with the island’s A-list visitors. Pick a face on People magazine and there is a good chance he or she is an Anguilla regular. The celebs are drawn to this island’s spectacular beauty, and more importantly, to the way they can go about their lives unbothered. When the rich or famous book a tee time at Cuisinart Golf Course, DeLong treats this occurrence as a “business as usual” aspect of life in Anguilla. 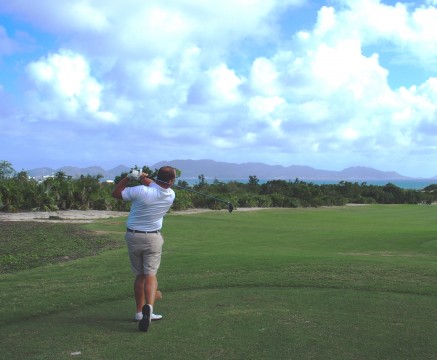 DeLong appreciates how his Drury advertising and public relations schooling apply every time he’s asked to speak in front of a sizable group. DeLong regularly finds himself serving as the welcoming emcee for Cuisinart tournaments, as well as sharing closing remarks at dinner functions.

DeLong is amazed when he looks back on his whirlwind eight years since graduating from Drury. DeLong attributes much of his success to taking the occasional career risk.

Looking back, DeLong never dreamed he’d someday be living the Caribbean dream. Then again, DeLong never thought the words “Hurricane Gonzalo” would be entered in his career journal. After a stormy first day on the job, Scott DeLong’s career chapter titled “Island Life” has only just begun.