Posted by Tim Cotroneo on Thursday, December 8, 2022 · Leave a Comment 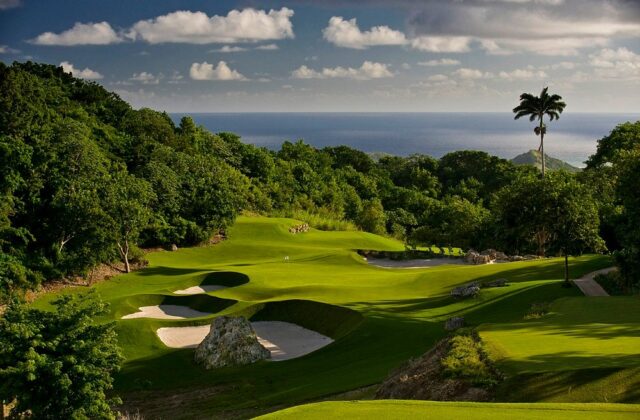 The par-72 layout features stunning views over the Caribbean Sea to the west and Atlantic Ocean to the east. Set within 475 acres of natural terrain and perched on one of the highest points of Barbados 1,000 feet above sea level, Apes Hill is the most elevated golf experience on the exquisite island.

Kirby’s visit followed an exclusive opening to the Apes Hill Barbados members and their guests on November 1. The course is planned to officially open during late 2023, barring unforeseen circumstances. Members who played Apes Hill say its playability, hole variety, and several new signature holes make it an exceptional golf experience. 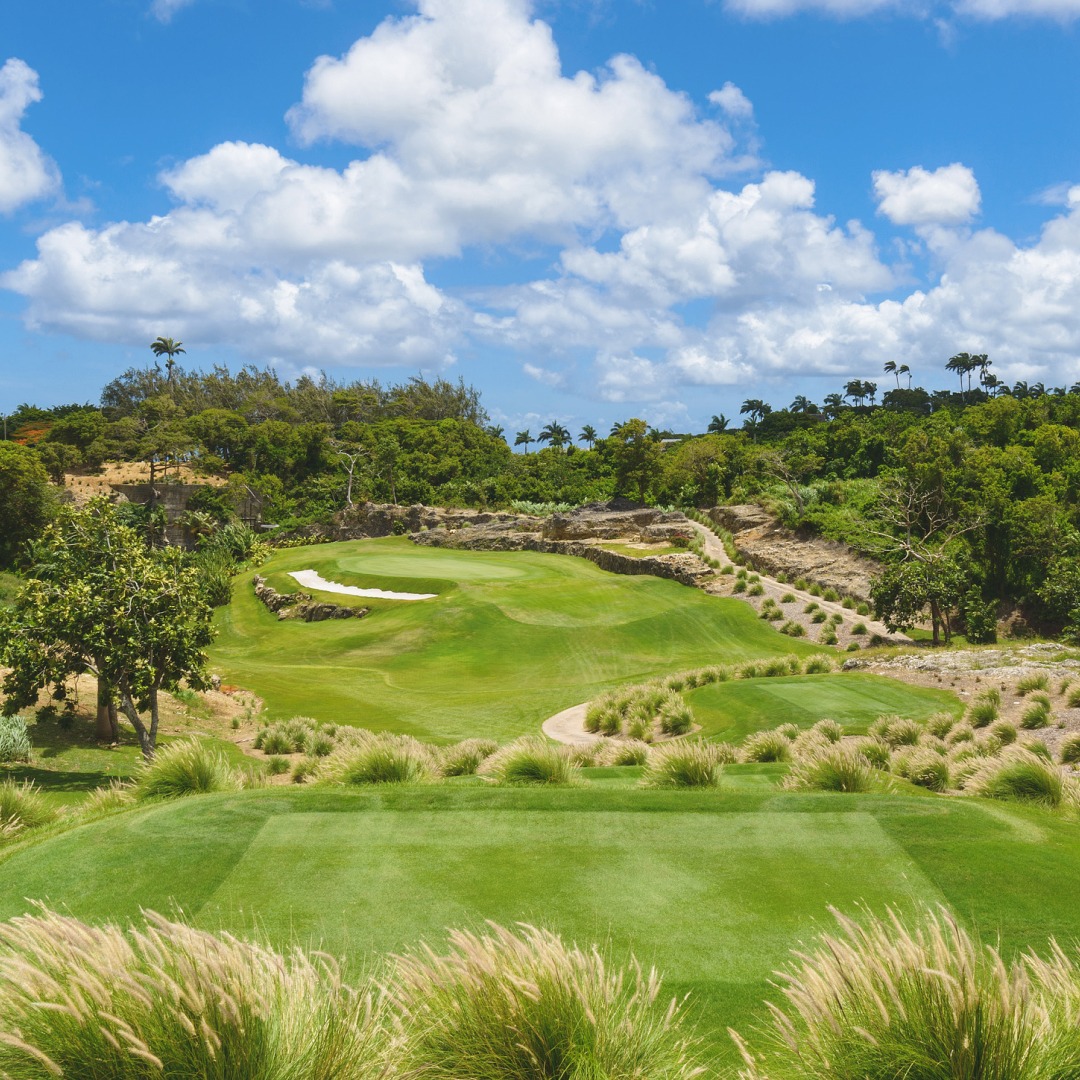 Kirby, who has collaborated with design greats such as Robert Trent Jones and Jack Nicklaus in a distinguished career, is perhaps best known for his superlative work at Old Head Golf Links in Ireland.

“When I saw Apes Hill for the first time, I noted that the hills and vistas were superb –you can see both the Caribbean Sea and Atlantic Ocean in many places,” said Kirby. “I knew that if I could get the holes to play with the vistas in the right position, players would more deeply enjoy the course while taking in the astounding views.”

Kirby’s work – aided by Justin Carlton and Gary Shapiro, two of the finest land shapers in the industry – began in 2019 and he has created a new Caribbean golfing masterpiece at Apes Hill Barbados.

The layout has been beautifully crafted around the surrounding landscape and indigenous tropical forests, with sustainability at the forefront of the resort’s long-term DNA to make it the most environmentally responsible golf course and resort development in the Caribbean. Underscoring its commitment to sustainability and conservation best practices, the Apes Hill Barbados golf course has become a member of Audubon International, the global leader in environmental sustainability certifications.

Fairways and tees have been re-laid using the more drought tolerant Zoysia Zorro grass and the greens with TifEagle. The resistance of these grasses to insects also further reduces the reliance on fertilization and use of pesticides, with a view to eventually becoming ‘chemical-free’.

Meanwhile, the construction of a reservoir that can hold up to 58 million gallons of rainwater will help fully irrigate the resort, with hundreds of trees, fruits and vegetables being planted around the property. 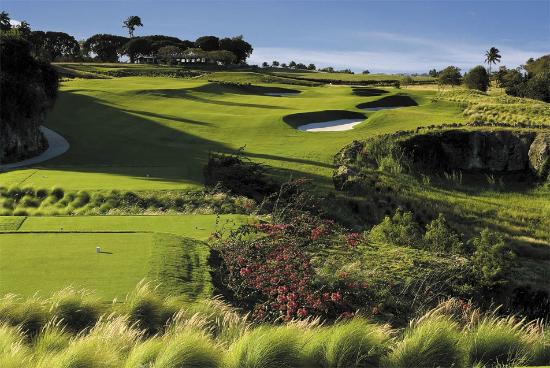 Playing the course for the first time since its reopening, members were struck by a layout set against remarkable topography that separates Apes Hill Barbados from any other course in the Caribbean. Kirby’s work has been hailed not only for the test he has created for better players, but also the scoring opportunities and variety which make it appealing to less accomplished and novice golfers.

The new layout stretches to 7,002 yards, although four teeing options make it playable for all levels with the shortest at 5,034. The holes weave seamlessly through the island’s natural surroundings, and robust Atlantic trade winds can influence the difficulty of play, bringing shorter tee boxes into consideration.

“We put four tee boxes in so that we could cover all types of players,” Kirby said. “From those who can strike it pure to the average players and then beginners. We have made this mix so that Apes Hill can be fun for everybody. Also, I only needed to use what land we had, and so did not want to abuse what nature had given us. Sustainability means you don’t build anything you cannot maintain.” 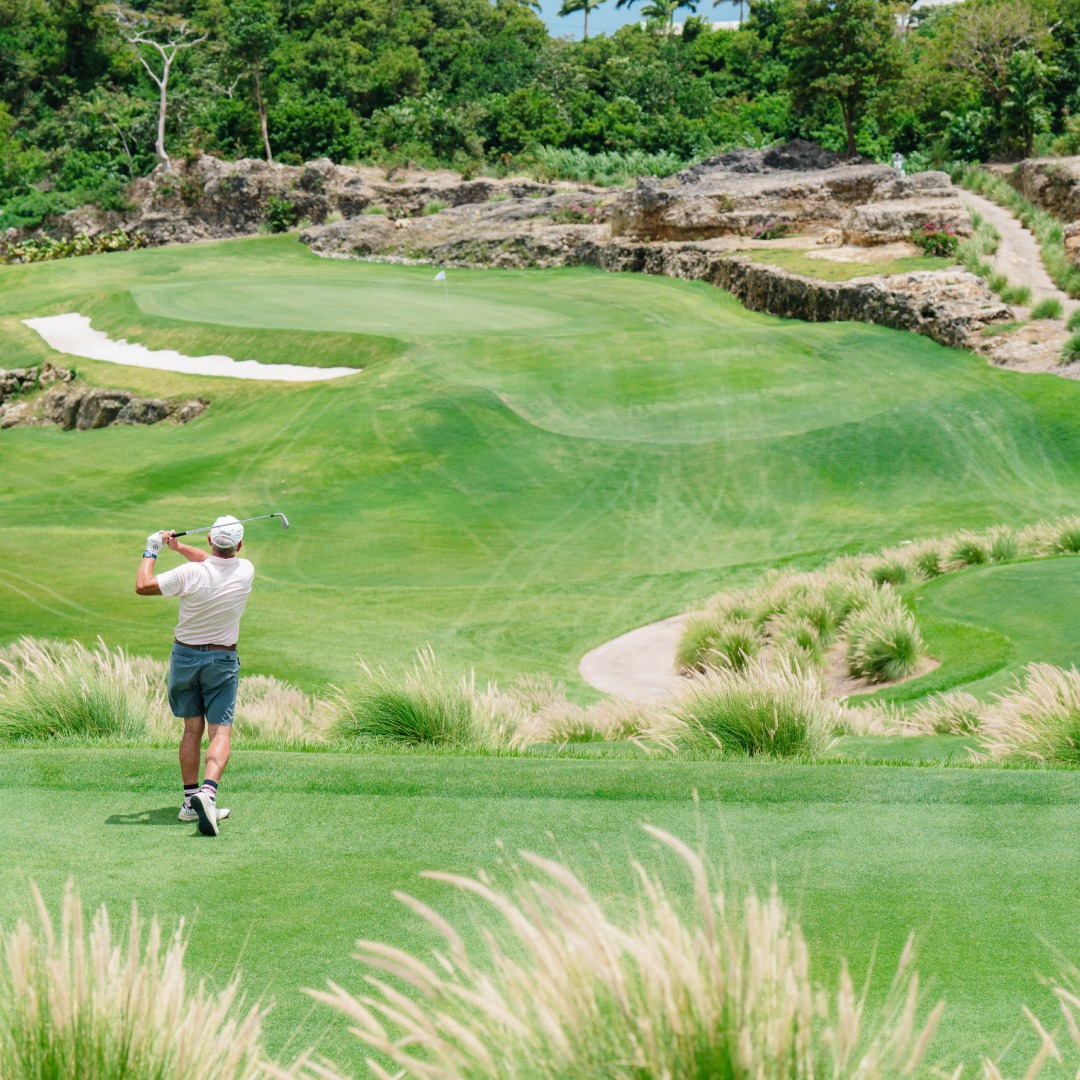 An exclusive and gentle opening has been designed to ease players into the course, with the second hole serving up an early birdie opportunity. A par four stretching to only 255 yards, it is still demanding of a well-placed drive should you wish to attack the green from the tee, with the putting surface heavily protected by bunkers, coral rock and a cascading creek.

While there is plenty to get excited about on the course’s outward nine – notably the fourth hole with its tee box positioned on one of the highest points of the course – the inward half delivers great excitement. Notably, the run from 12 to 15 – perhaps the most popular and stunning part of the layout – that sets up a grand finish as players reach the course’s signature hole at 16.

Named the ‘Cave’ with a coral rock hugging the hole behind the green and water lining the right, Kirby has left an indelible mark on Caribbean golf with a par 3 that possesses many characteristics for which Barbados is genetically famous for.

The course finishes with another short par 4 at hole 17, followed by a monstrous downhill par 5 on the home hole where a gully snakes along the left-hand side and round to the back of the green. It is a high-drama finish that is befitting of top-level championship golf. 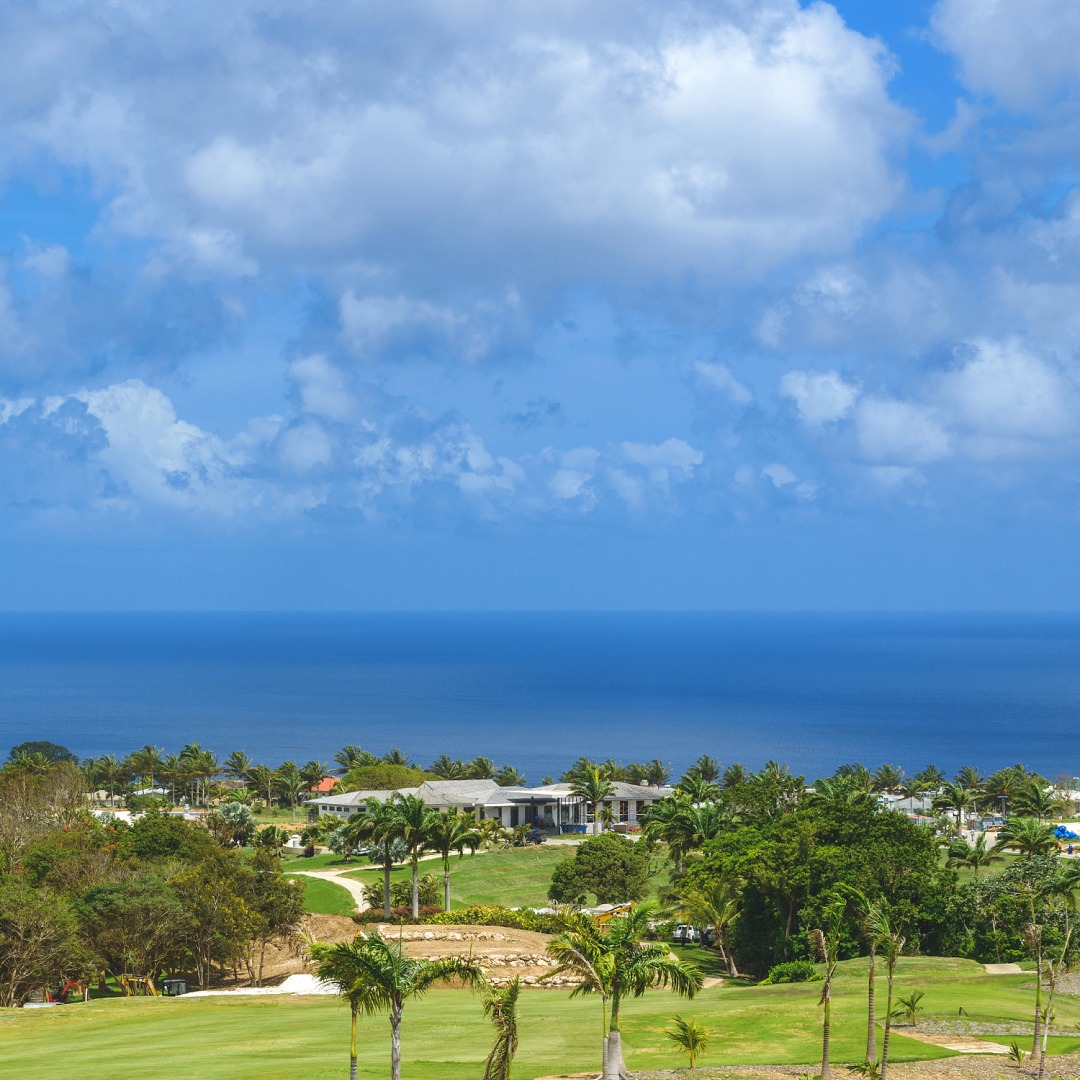 Kirby added: “I am grateful to be a part of Apes Hill Barbados and proud to say it is one of mine. I can say that about 140 or 150 golf courses, but this is a special one. It is hard to find a golf course anywhere that has everything that we have here at Apes Hill.”

To complement the work that has gone into Kirby’s ‘Caribbean Masterpiece’ and the championship routing, a state-of-the-art Performance Centre and floodlit driving range are due to open soon. A family friendly short course, with holes ranging from 95 to 150 yards, will open in 2023 while an additional 19th hole played to an island green, and a contemporary clubhouse are set to be completed during the first quarter of the year.

Guests will be able to enjoy a range of other amenities such as a fitness centre and health club, hiking and nature trails, eight flood-lit paddle and two tennis courts, while a world-class spa is also in development.