Posted by Tim Cotroneo on Saturday, October 6, 2012 · Leave a Comment 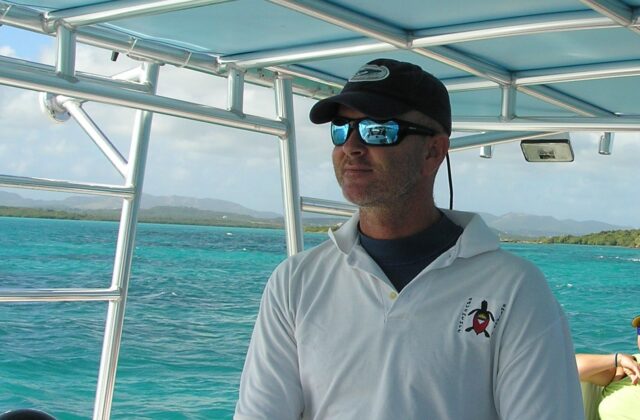 Office on the Caribbean Sea
By Tim Cotroneo

Eli Fuller’s office isn’t like yours and mine. One day his workplace is a 32-foot speed boat. Another day it’s a 52-foot catamaran. This 40-year-old native of Antigua conducts business and meets clients on the Caribbean Sea.

Fuller discovered early on that being indoors wasn’t for him. After graduating from college at Florida Institute of Technology, Fuller tacked a variety of jobs that kept reminding him what he didn’t want to do. Over the course of a post-college decade working in restaurants and hotels, Fuller kept his sanity and competitive outdoor juices flowing while competing as a world-class wind surfer.

In 1999, Fuller coordinated an agreement with Antigua’s Sunsail Colonna Club to take hotel guests snorkeling on his rustic 21-foot boat. About the same time, Fuller bonded with a friend who was developing a web design business. The moons were starting to align for Fuller as he began combining his twin passions of a life at sea, and anything to do with the Internet. 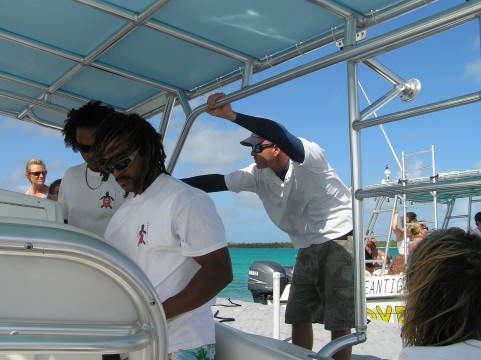 Fuller immediately crafted a website called www.adventureantigua.com and absorbed whatever his friend would share on search engine optimization, link building, and Internet marketing. Fuller’s water adventure business inched forward as he kept his eyes opened, looking for a bigger boat.

Around 2000, “an English lady” suggested that she and Fuller attempt a 50-50 business split, with Fuller operating her 34-foot Wellcraft Super Sport based out of Antigua’s Jolly Harbour. Luckily, this new business arrangement coincided with the demand for boat excursions increasing on the island. The partnership remained fluid for about a year until Fuller eventually purchased the boat outright.

In those early years, Fuller “worked like a dog” to keep his excursion business at full capacity. Fuller felt he was developing a competitive edge, in part, because of a growing response to his content rich website. As much as Fuller enjoyed managing a one boat business, he began scouting for another, even bigger boat, to meet the demand stirred by some of the larger hotels on the island. Financing for this potential purchase would arise from an unlikely source.

“I was telling an English gentleman on one of my excursions that I was considering the purchase of a 52-foot catamaran. After knowing me for just a few hours, he very casually offered to lend me $195,000,” Fuller said.

Only as Good as Your Team 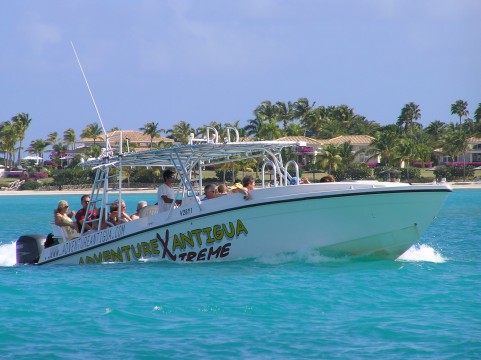 As important as his boats are, Fuller noted that a boating business is only as good as the people who work for you. Eli’s Mom and sister handle the administrative side of his company, while many of his crew members are people he has known since childhood. The common denominator for all of Fuller’s Adventure Antigua hires is that each individual has a passion for sailing or an overall love of being on the water.

As for dealing with customers, Adventure Antigua is committed to keeping it real. “I believe in treating people like a best friend visiting here on a special holiday. People can tell when you’re being corny or scripted. My goal is for Adventure Antigua to make a connection with our customers. We believe our tours offer tremendous value. That’s how you develop a good word of mouth and referral business,” Fuller said.

Value is also about giving customers more than what they bargained for. During the course of a six-hour Xtreme tour, customers snorkel twice, view dozens of dreamy oceanfront hotels, have lunch on a pristine beach, see the mega-yachts at Falmouth Harbour, swim with stingrays, and catch glimpses of celebrity homes like those belonging to Eric Clapton and Georgio Armani. Throughout a day skittering along the Caribbean’s turquoise water, Fuller regales guests with stories of Antigua history, geography, and shipwrecks. 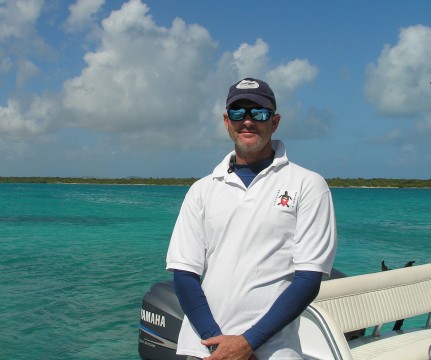 Being an entrepreneur in an era where you are only as good as your last customer is something not lost on Fuller. “With today’s Internet, gone are the days when you can get by running a mediocre business. With Trip Advisor, Facebook, YouTube, and Twitter, we receive instant feedback over the web regarding our tours. If a customer has had anything other than an exceptional experience, you hear about it,” Fuller said. Early on, Fuller snared “Antigua” as his Twitter handle, and he stays connected with followers on a daily basis.

When one’s office is on the Caribbean Sea, it’s important to anticipate the next big wave. Whether he’s navigating passengers along Antigua’s coastline or researching the latest in Internet technology, Eli Fuller is one happy entrepreneur, as long as he’s not too far from the water.

Tim Cotroneo is a freelance writer from Lino Lakes, MN, with a passion for travel and a future Caribbean zip code. www.timcotroneo.com