Posted by Tim Cotroneo on Wednesday, February 2, 2022 · Leave a Comment

The epic line-up includes ‘The Way of the Cheetah’, a brand-new film on the majestic cheetah, and remastered versions of six classic Joubert wildlife films: ‘Living with Big Cats’, ‘Big Cat Odyssey’, ‘Eternal Enemies’, ‘Relentless Enemies’, ‘Ultimate Enemies’ and ‘Eye of The Leopard’. The film will air on Nat Geo Wild throughout ‘Big Cat Week’, and ‘Big Cat Month’, which runs throughout the month of February.

Shot at Great Plains’ Mara Nyika and Mara Plains camps by Dereck and Beverly Joubert and narrated by Jeremy Irons, ‘The Way of the Cheetah’ tells the story of Immani, mother to four new cubs as they navigate the vast plains of the Mara ecosystem. To ensure their survival, Immani must avoid deadly threats from within and outside her own species. Captured over several years, much of which under the cover of darkness with thermal cameras and state-of-the-art high-speed camera equipment, this is the blockbuster personal story of one family and their will to survive against all odds. 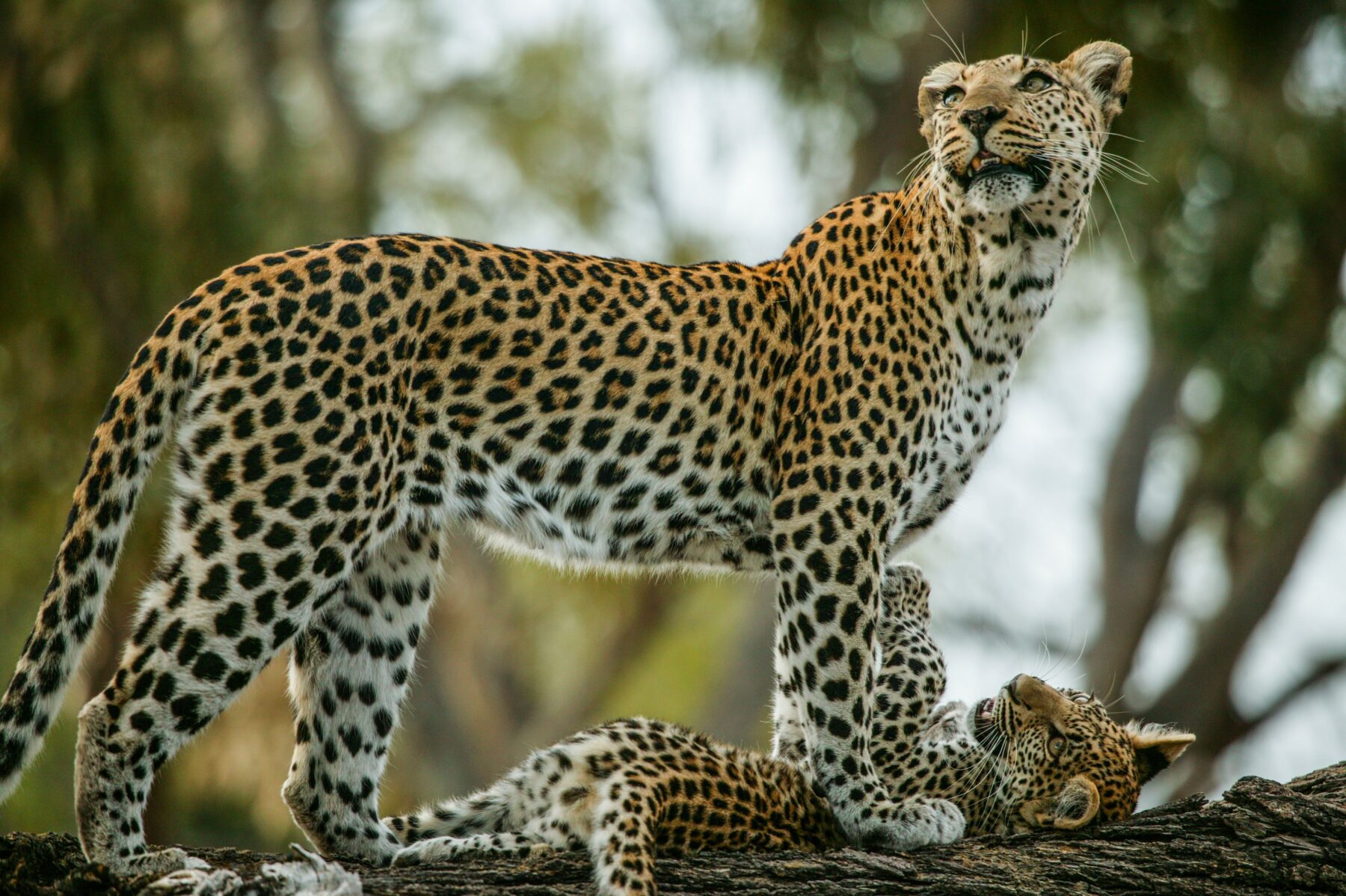 Having shot dozens of big cat films over four decades, the Jouberts have never – until now – filmed the cheetah. Speaking on the experience, Dereck Joubert said: “We’ve always wanted to capture the essence of cheetahs on film so in many ways, we’ve been ‘saving this one’ until we could do the glorious species justice. Cheetahs are the perfect warriors, barely big cats in size but not unlike samurai warriors because of their zen-like approach, which is all about focus. Anyone who has seen a cheetah on the run understands that focus. So, we applied ultra-high-speed cameras not just to slow down the motion but to really emphasise the unwavering focus of a cheetah when he or she identifies its prey.”

Some of the most breathtaking sequences in the film show a cheetah running into a mixed herd of prey, passing smaller, even more, vulnerable prey to catch the chosen subject of its attention. “It’s this zen way that drove us to call the film ‘The Way of the Cheetah’, based on the ancient Chinese military treatise ‘The Art of War’ and ‘The Book of Five Rings’, a study on the dedication required by Japanese martial arts. There are lessons to be learned from this total dedication to one thing. And that’s what cheetahs are: completely and utterly dedicated”, said Dereck.

In addition to the brand-new release, Great Plains will also premiere remastered versions of six of their most beloved films, including:

In ‘Living with Big Cats’, The Jouberts’ incredible journey with big cats portrays their personal lives as explorers and their dedication to protecting these iconic predators. 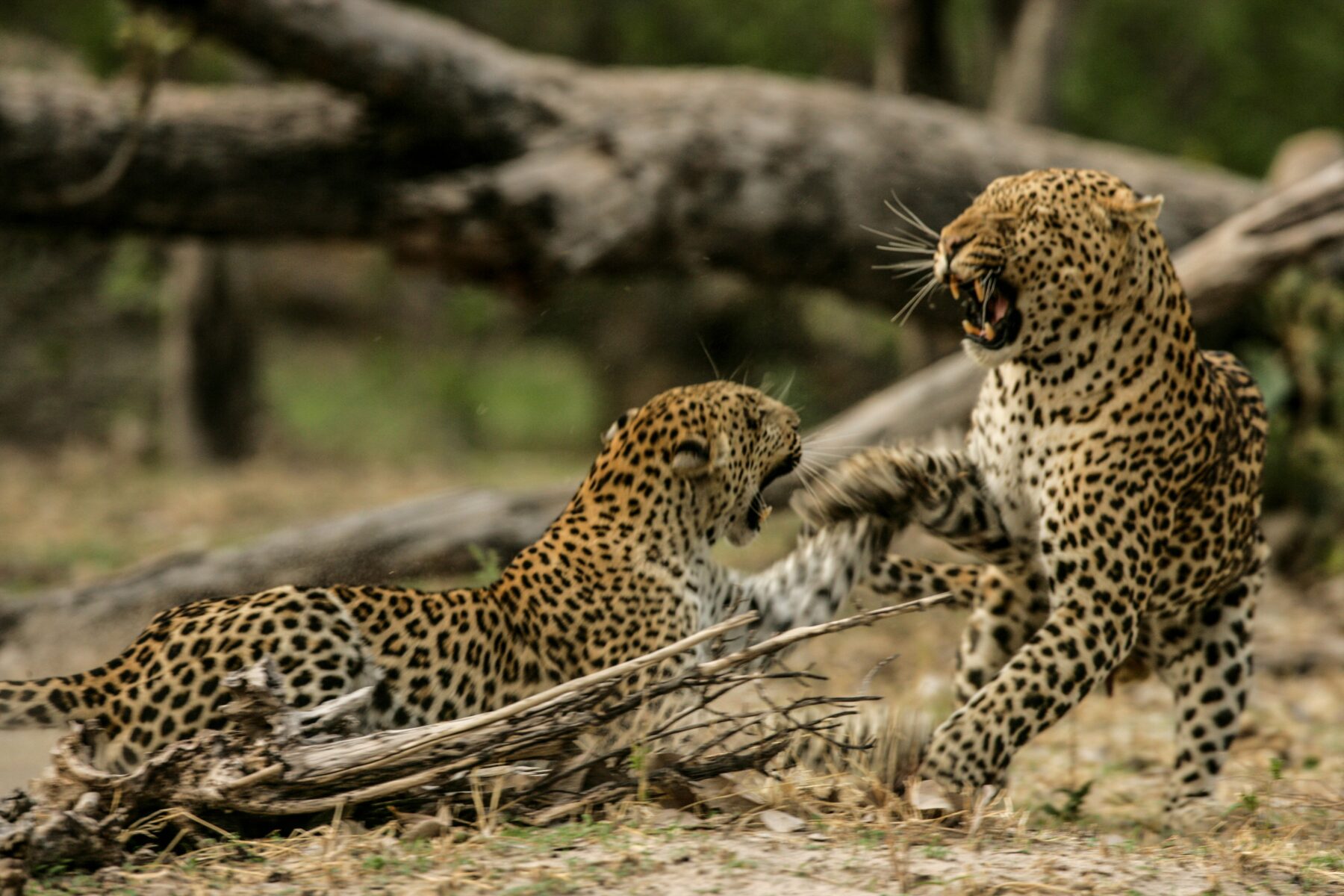 For ‘Big Cat Odyssey’, Dereck and Beverly Joubert dive deeper and lead viewers on an epic journey through the lives of big cats and their most iconic moments filmed over the decades.

The award-winning ‘Eternal Enemies’ is narrated by Jeremy Irons and reveals the age-old conflict between lions and hyenas.

As Okavango floodwaters force buffalo herds into lion territories, ‘Relentless Enemies’ shows how buffalos strategize and the lions adapt in the face of a new challenge.

In ‘Ultimate Enemies’, Dereck and Beverly Joubert explore how animals are connected by forces of nature and document the unusual behaviour of lions hunting elephants.

‘Eye of the Leopard’ portrays Dereck and Beverly Joubert as they discover an eight-day-old leopard named Legadema and follow her journey from playful cub to skilled huntress. 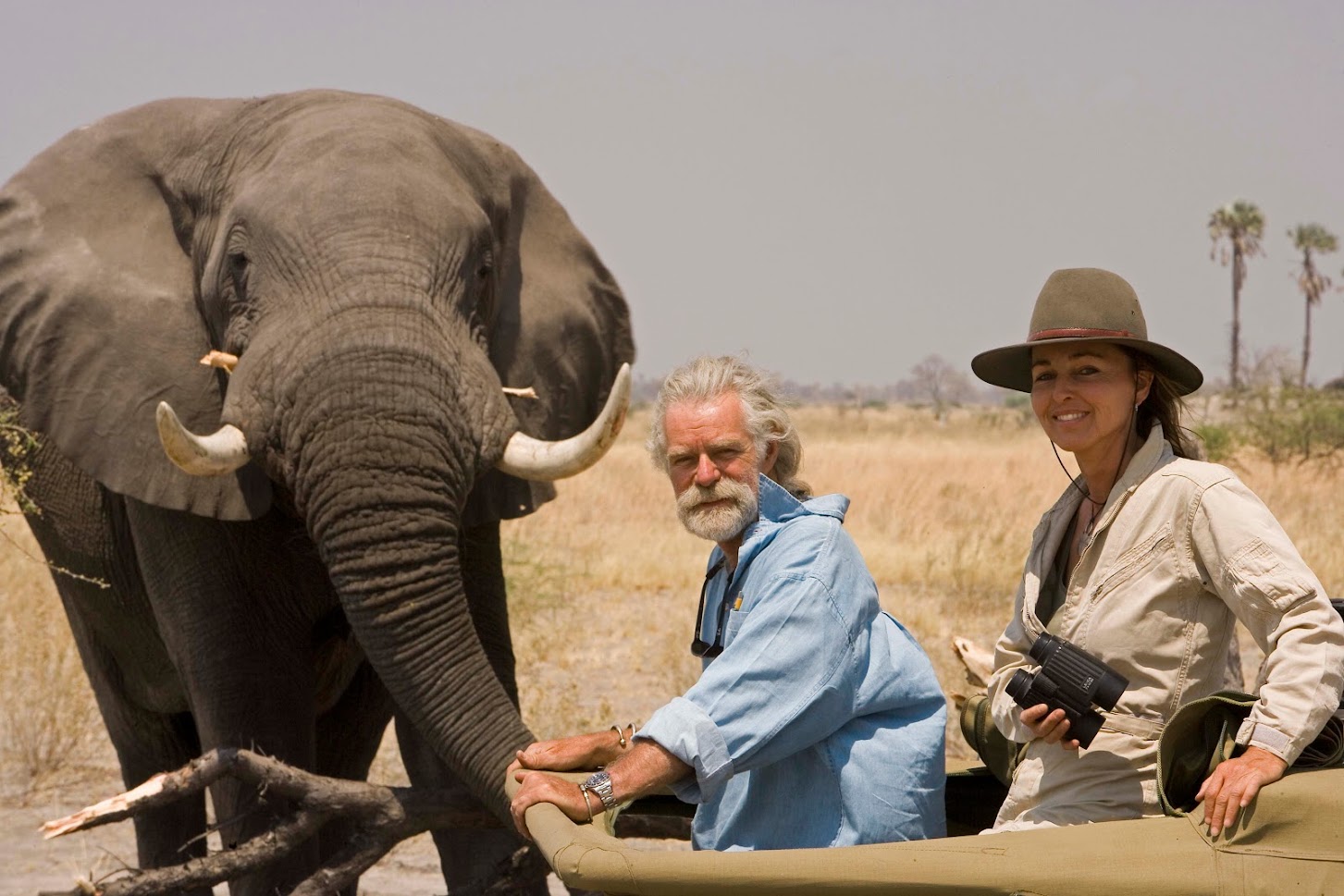 Having been asked many times over the years to revisit their most famous films, Dereck and Beverly Joubert made the decision to remaster six of their classic films during the covid pandemic. Speaking on the project, Dereck said “This was by no means an easy feat! The earlier films in particular were tricky because technology has advanced so dramatically in recent years. We re-shot several ‘lead-up’ moments while maintaining the integrity of the originals and updated facts and science, which dictated new scripts and narration. We’ve had such great success working with Jeremy Irons over the years, so we stripped out all of the old narration and had Jeremy come into a secure, locked-down studio and worked through all the voiceovers over a period of a week.  We changed all the music, bringing it in line with the more subtle expressions of emotion seen on screen.”
All seven Joubert wildlife films will premiere on Nat Geo WILD/Nat Geo WILD HD in February 2022. A trailer can be seen here

For more information on Great Plains or book your own ‘Big Cat’ safari experience, visit www.greatplainsconservation.com. 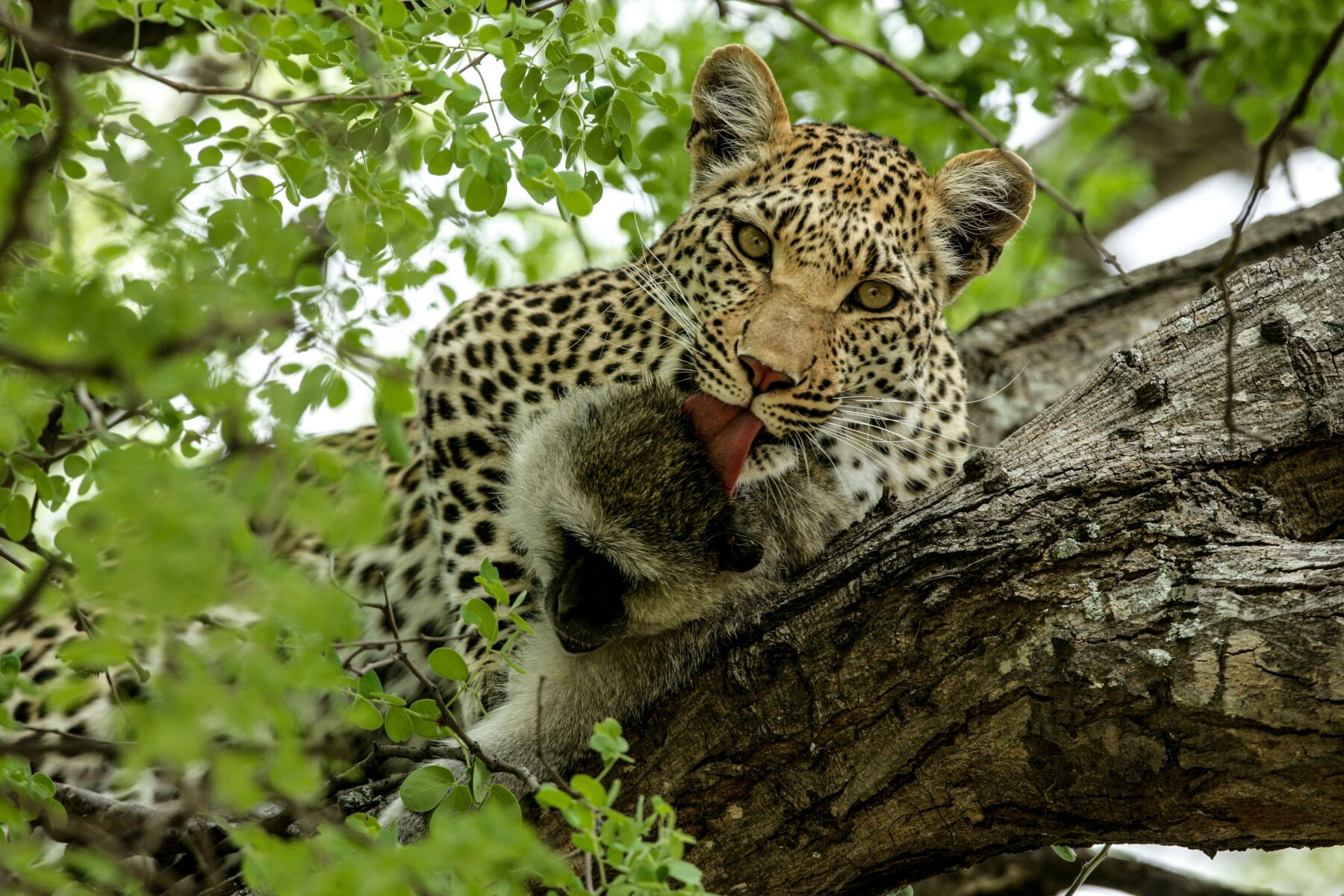 Wildlife Films established by Dereck and Beverly Joubert, was designed around three core values: Bringing the beauty and wonder of nature to the world. Being a voice for the voiceless (wildlife that is being decimated at alarming rates) and showcasing ways to use storytelling via film, to entertain, educate and be fact-based advocates for nature. The content we take on, must have integrity, honesty, be authentic and be a contributing voice to the conservation of the planet. 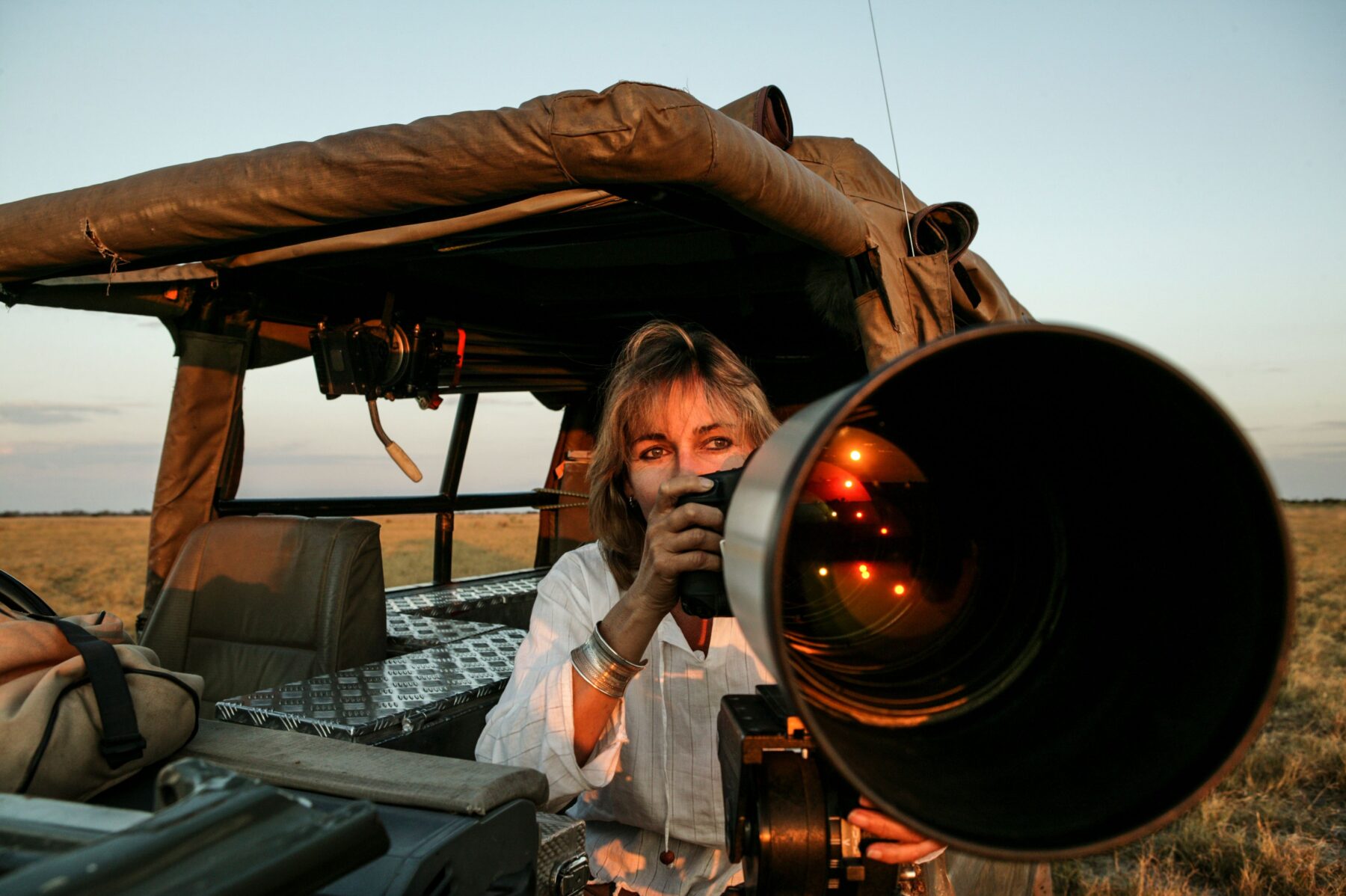 Together, Dereck and Beverly Joubert have created, designed and operated thirteen stunning owned, and partner safari properties in Kenya, Botswana and Zimbabwe and the company’s charity, The Great Plains Foundation, which strives to preserve and protect landscapes, wildlife, and the communities who rely on them in Africa. See here for a clip on the couple. With more than 40 produced films, 12 published books and many scientific papers, they are also the founders of the Big Cats National Geographic Initiative, Project Ranger and their charity Great Plains Foundation.