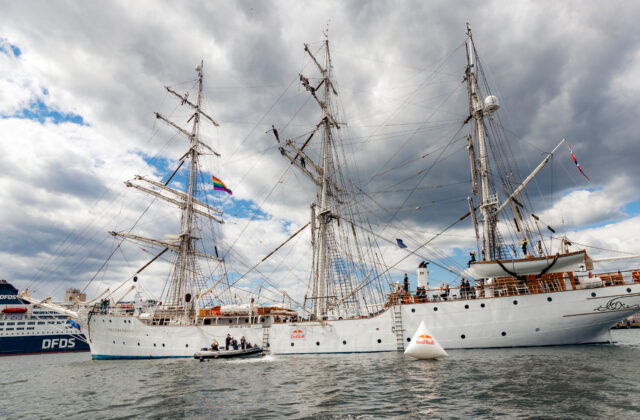 Five-time Red Bull Cliff Diving World Series champion, Rhiannan Iffland from Australia adds yet another pinnacle moment to her outstanding career, as the diver performs a majestic maneouvre from the historic Norwegian tall ship Christian Radich in front of the Oslo Opera House.

In the lead up to two consecutive World Series stops in Scandinavia in July and August, the sport’s most decorated female athlete got a taste of the north following the season’s first two stops in Boston and Paris.

30-year-old Rhiannan Iffland is a world-renowned high diver famous for achievements like the perfect season in the Red Bull Cliff Diving World Series back in 2019 as well as in 2021, winning all competitions in both years, and the first person ever to perform a high dive from a moving hot air balloon. 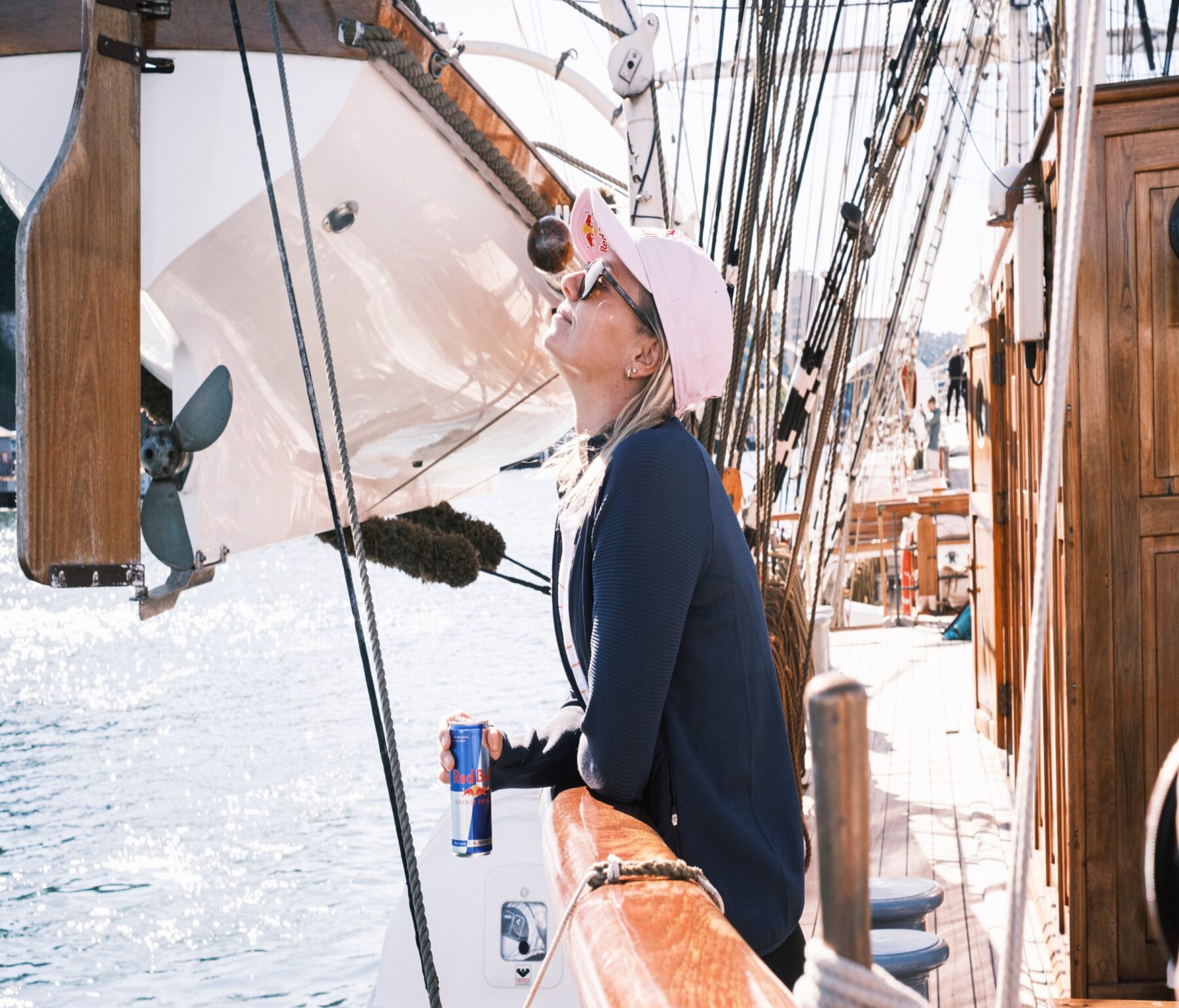 In oder to kick off the countdown for this year’s debut World Series stop in the Norwegian capital city on August 13, after another competition in Scandinavian waters in Copenhagen, Denmark, mid July, the Australian athlete showcased her diving skills from the full-rigged historic ship.

“Let’s be real, I was a little bit nervous and super excited at the same time. Sailing over here I was just thinking this is a magnificent experience and just a beautiful place to dive, and that’s ultimately why I love this sport!”, said Iffland in a first statement, “those opportunities, and the opportunity to push my boundaries as a diver, and as a human being. So, super cool!”

Oslo, with its long and rich history as a harbour city, is homeport to the three-masted vessel SS Christian Radich, and along with the Opera House as the first landmark building in the renewal of the city’s water line they perfectly combine the country’s history and its contemporary concept. 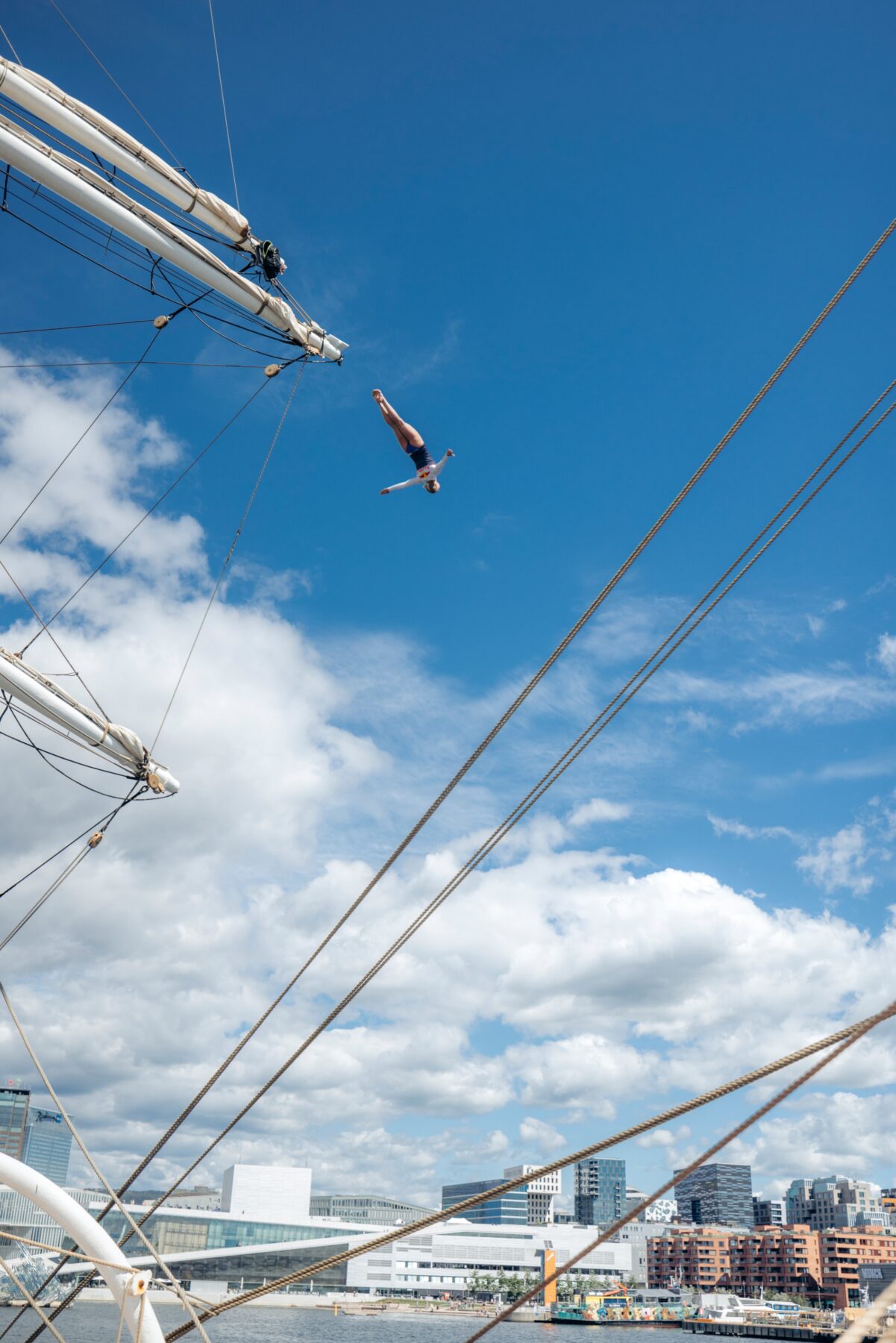 However, what shone most less than two months away from the arrival of Red Bull Cliff Diving to the Norwegian capital wasn’t the marble-dressed artwork of a building or the spectacular beauty of the 85-year-old ship in the shimmering fjord, but the Australian launching from the very edge of the ship’s old beam 18.5m high above the water.

On August 13, the sport’s female headliner will perform her aesthetic art as part of the cliff diving elite – twelve women and twelve men – from the spectacular platforms mounted up to 27m high on the roof of the Opera House