Posted by Tim Cotroneo on Tuesday, September 27, 2022 · Leave a Comment 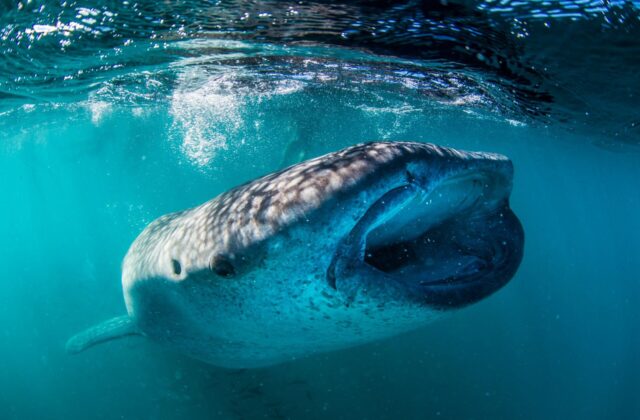 LA PAZ, Baja California Sur, Mexico (September 27, 2022) – La Paz, the capital city of Baja California Sur and the gateway to the Sea of Cortez, offers a spectacular array of year-round natural beauty. However, come October, the sea begins to team with such breathtaking wildlife wonders that that it comes as no surprise that the sea itself was called the “world’s aquarium” by none other than Jacques Cousteau. Home to sea lions, whale sharks, manta and mobula rays, giant squid, dolphins, huge schools of fish and of course the annual grey whale migration, La Paz and the Sea of Cortez offer a bucket list of aquatic adventures.

One of the most memorable of these experiences is also one of the most peaceful: snorkeling with whale sharks. Whale sharks are a sight to behold – by far the largest living nonmammalian vertebrate on earth but also holding records for sheer size in the animal kingdom. Confirmed whale shark measurements have reached 41.5 feet long and about 47,000 pounds. But they are gentle giants, slow-moving, filter feeding, toothless carpet sharks. There are many places to see these magnificent beasts but schools of them can often be found just ten minutes off the coast of La Paz where a wide variety of qualified outfitters such take you for intimate snorkeling excursions. 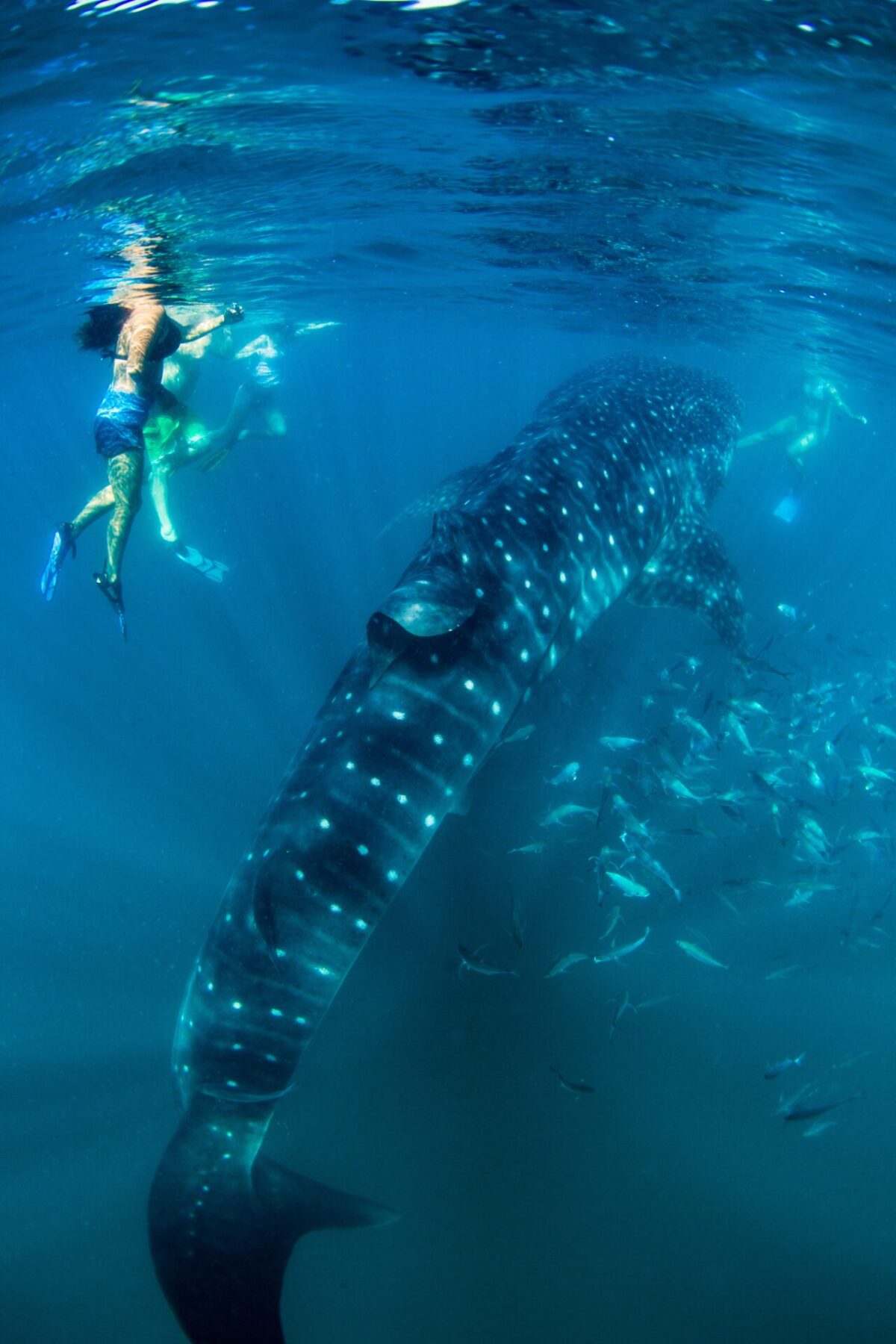 La Paz as a community has taken extraordinary measures to be at the forefront of whale shark protection and conservation. All tour operators must be fully certified with most guides educated as marine biologists. The season for tour operators to host excursions officially starts when there are minimum seven whale sharks known to be present in the Bay of La Paz. In season, a maximum of 14 tour boats are allowed for two and half hours to look for whale sharks. No more than two boats may follow any one whale shark and only one boat’s passengers, a total of five guests and one guide, may be in the water at any given time. Swimmers may never approach the animal from the front, only from behind and may not touch them. Whale sharks start appearing close to shore in the Sea of Cortez in October and typically can be found through Spring.

Another majestic marvel is the annual gray whale migration which begins in December and lasts through April when they travel round-trip upwards of 10,000 miles from the Artic Sea to the Baja Peninsula. The warm, calm, and nutrient rich waters of the peninsula’s “calving lagoons” attract thousands of friendly grey whales that come to give birth and raise their young. Gray whales can grow more than 50 feet in length and weigh up to 30 tons and are well noted for their friendly, social and interactive behavior while in the waters off the Baja Peninsula. 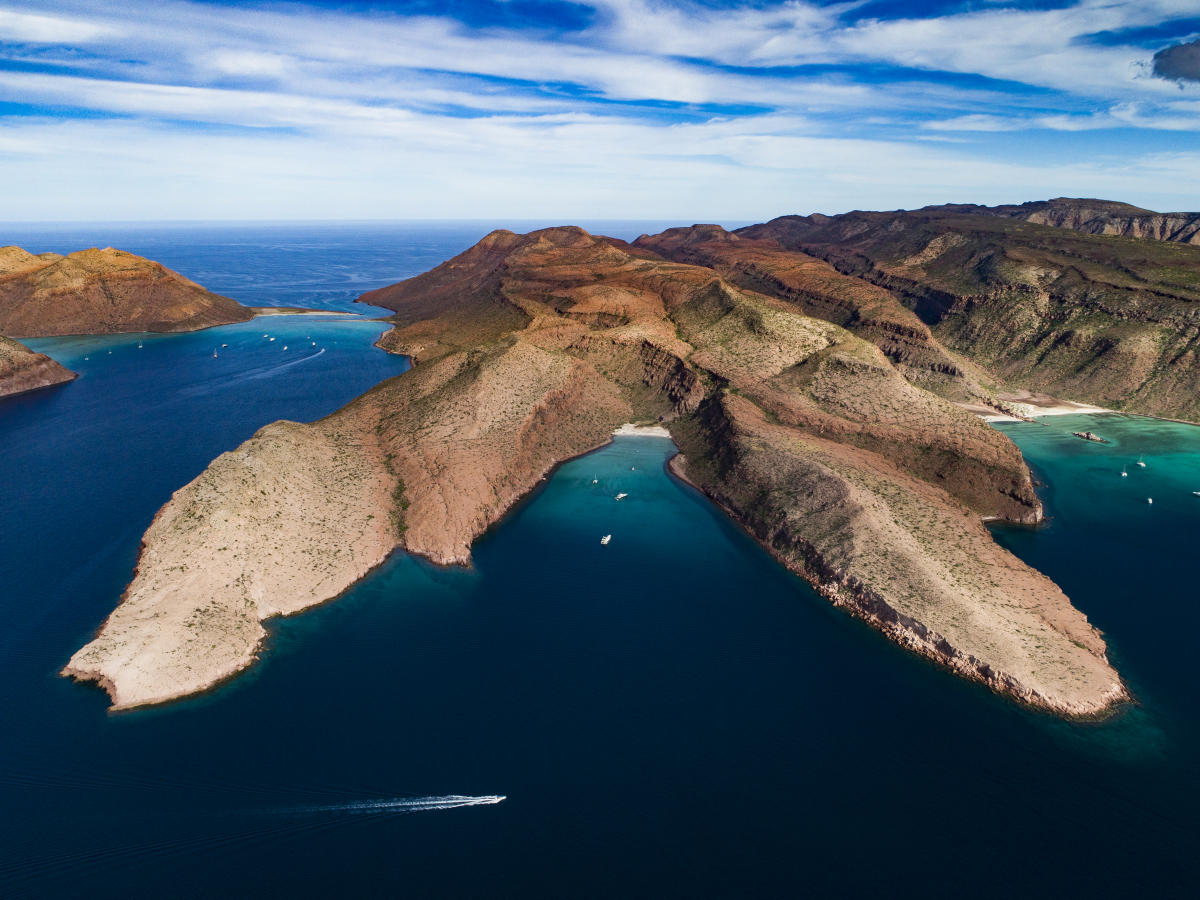 Additional attractions include Espiritu Santo Island, a UNESCO World Heritage Site considered one of the best diving spots in the world and home to one of the largest sea lion colonies in Mexico. Snorkeling around Espiritu Santo offers a wealth of charms including playful sea lion pups, colorful fish, a wide range of flora and fauna, and spectacular beaches which make perfect picnic spots. Espiritu Santo Island is about an hour’s boat ride from La Paz and a wide range of tour operators will offer full and half day excursions with certified guides. 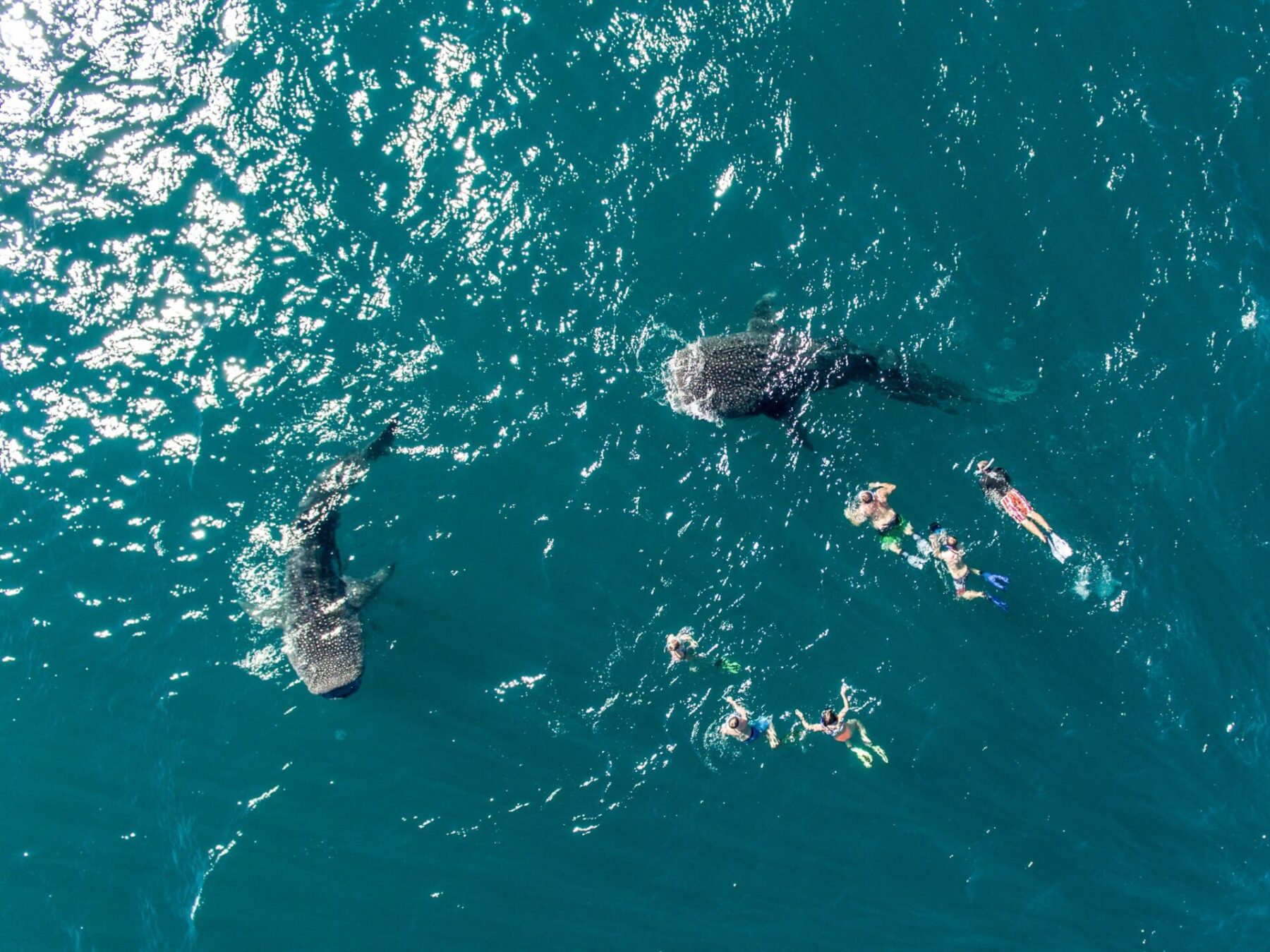 La Paz, Mexico may not ring any major bells – and that’s a good thing! It is the lesser-known neighbor to Los Cabos and the capital city of Baja California Sur, situated on the eastern side of the peninsula, along the tranquil Sea of Cortez. La Paz quietly goes about charming guests with its small-scale, authentic Mexican city vibes, its breathtaking landscape of mountains, desert and bright blue sea and its incredible wealth of natural wonders. The waters of the Sea of Cortez team with wildlife wonders and there is no better time to explore underwater than October when the water is warm, the air is cooling down and the whale sharks are swimming.