Posted by Tim Cotroneo on Thursday, March 7, 2013 · Leave a Comment 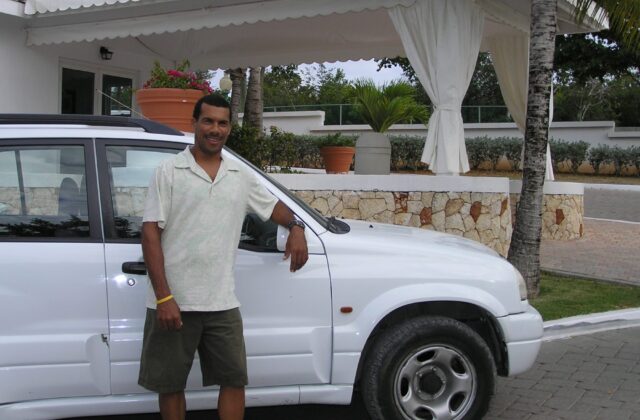 Ronnie Bryan will tell you that he didn’t recreate the wheel, but his business and personal life are driven by it. Not only does Bryan have the most popular car rental dealership in Anguilla, he is also the island’s most famous bicyclist.

Bryan is someone whose wheels are always turning. When conversing with Bryan, he often reflects back on something that was said several minutes ago or jumps ahead to an idea worth pursuing down the road. He’ll explain that’s just how it is for someone who burns with the dual passions of renting cars to vacationers from all over the world and pedaling his road bike as fast as he can.

In 2001, Bryan’s venture into the rental industry began when he loaned his car to an Anguillan friend who was active in the business. His friend placed an “R” on Bryan’s license plate while he was training in the state of Virginia for a bicycle race.

R is for Rental in Anguilla
Most newcomers to Anguilla driving can figure out the type of vehicle in front of them by reading the alphabet. The letter “C” is for commercial, “P” is for private, “R” is for rental, and “T” is for taxi. 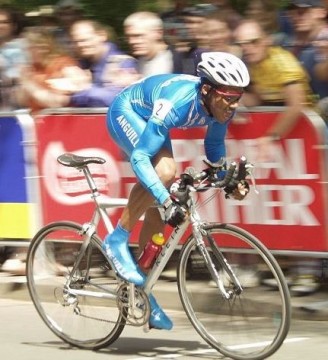 While Bryan was in the states, his vehicle bearing the letter “R” generated enough cash to draw Ronnie into the rental car business. Bryan purchased his first three vehicles in 2002. Today, Bryan has a total of 14 cars, jeeps, and vans in his thriving fleet.

Bryan’s early days in business were not without speed bumps. Bryan learned the hard way that not all steering wheels are customer friendly. Most American and Canadian customers had an especially hard time adapting to a car with the steering wheel on the right, as well as driving on the left hand side of the road. “I had a lot of cars coming back with tire or wheel damage. Now, I provide only two cars with the steering wheel on the right side. I guess all business owners have a learning curve,” Bryan said. 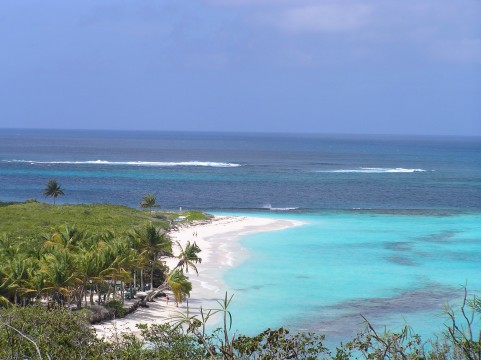 A recent visitor to Anguilla shared that Bryan had his rental car waiting for him as he got off the ferry from St. Maarten. Bryan then conveniently came out to his hotel, addressed any questions, and completed the rental paperwork. At the end of the customer’s stay, the guest dropped off the car at the same spot where he originally picked it up. Easy.

When asked the secret to his long-term business success, Bryan isn’t exactly joking when he replies, “If I told you that, then it wouldn’t be a secret.” Bryan elaborates that it’s important to carry out the same due diligence with his auto industry competition as he does when assessing the field in bicycle race. “I need to anticipate what other industry leaders and the government have planned for the future,” Bryan explained.

Loving the Local Connection
Bryan also noted that his roots give him a business edge. “Vacationers like working with a hometown connection. “I feel like people enjoy helping a local business person succeed. I can reward that customer with superior service and a good price.” Bryan said.

The final piece to the Bryan business strategy actually comes first. Bryan says that first impressions are priceless. “A wise person once told me that you only have one chance to make a good first impression. That’s something I try to do with everyone I meet,” Bryan said. 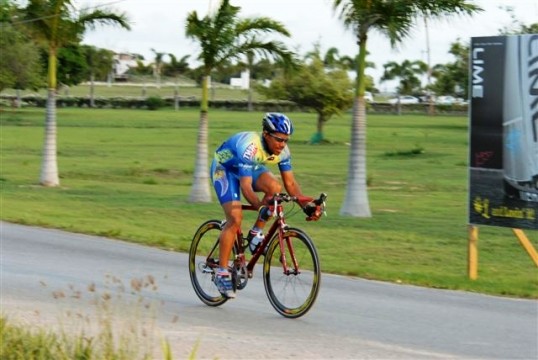 Bryan’s makes sure life isn’t all work and no play. At an early age, Bryan found he had a knack for bicycle road racing.  Even though Anguilla is relatively flat, Bryan noted that riding into the island trade winds helped his lungs and endurance. At the age of 16, Bryan won nine out of the first ten junior races in which he participated. Today, Bryan has not only brought home racing trophies based in Anguilla, he’s also been successful on the international cycling stage.

Give Customers What They Want
Bicycle racing has been Bryan’s ticket to seeing the world. This lean 35-year-old has competed in the Commonwealth Games in Manchester, England, as well as Melbourne, Australia, and the soon to be held games in Delhi, India.

Ever the businessman, Bryan now offers road biking tours to tourists interested in seeing the beautiful island of Anguilla on two wheels. “Diversification. I need to give my customers what they want,” Bryan said.

When asked how long it takes for someone to drive around the whole island of Anguilla, Bryan flashed a grin. “Are you asking how long for you to drive a car or for me to ride my bike?” Bryan’s wheels are always turning.