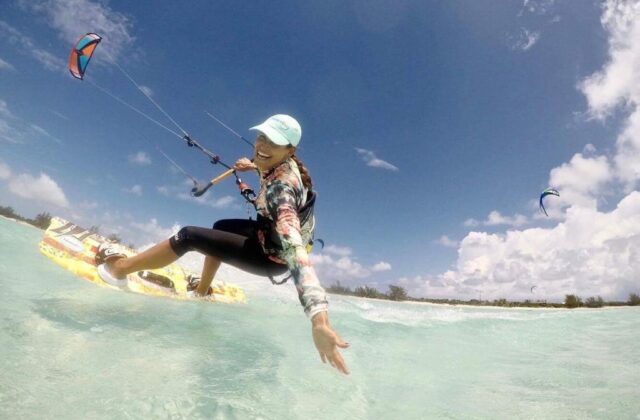 How does one shift from a corporate banking career in Budapest, Hungary, to becoming co-owner of a kiteboarding business located 5,000-miles away in the Turks and Caicos Islands?

If you’re Anett Pasztor, it begins when you say no to another managerial change, conduct a life changing Internet search, embark on an Ecuador vacation, kiss your husband to be at sunset, relocate to Colombia, give birth to a baby girl, and set up shop on the best beach in the world for kiteboarding.

For Pasztor these events were only the beginning of her major life changes. Between Hungary and Turks and Caicos, Pasztor’s before-to-after existence took more turns than a kiteboarder performing in gale force winds. Let’s back up to what got Pasztor rolling on a journey that reads like a romance novel turned best-selling business book.

The Three Words That Changed Everything 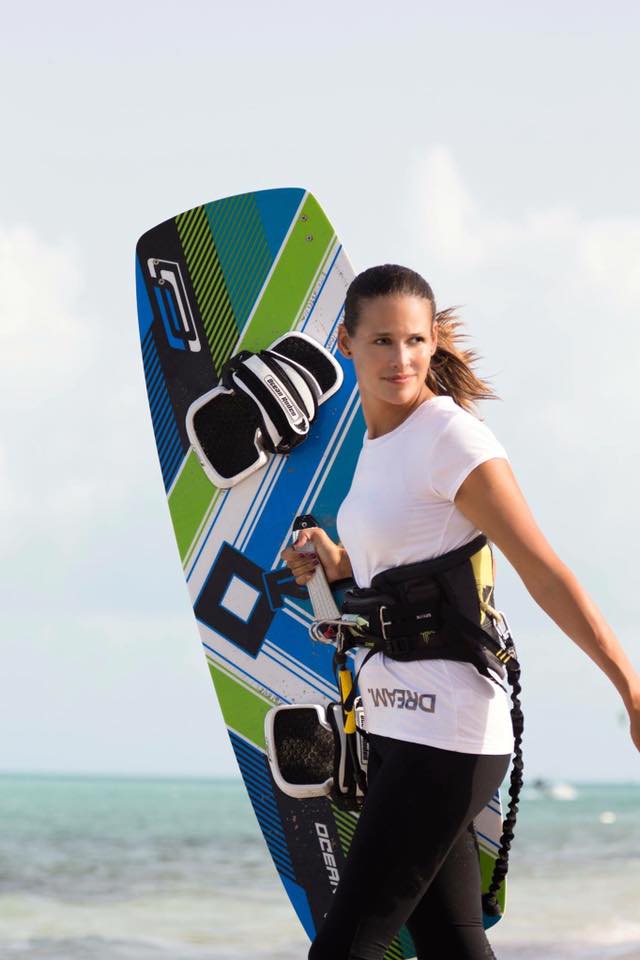 In 2008, a then 28-year-old Anett Pasztor was Hungary’s youngest Deputy Director of Corporate Banking. The world’s economic crisis impacted Pasztor’s business life to the point where she was working 12-hour days under four different bosses in a year.

Pasztor was called into a meeting and asked if she could be counted on help support boss number four. “I was so tired of the conflict and the turmoil. I remember sighing and then saying no. Up until that point, I always felt I could change the world. I decided after seven years in banking I needed something new,” Pasztor said.

Pasztor’s plan was to relax for three months and discover what her next career move would be. But first she needed to rejuvenate and take part in a bit of adventure. Pasztor decided to learn Spanish, and the sport of kiteboarding, both during the month of May. She Googled the words Spanish, kiteboarding, and May. The search results provided the springboard for what would be Pasztor’s new life, new love, and traveling half-way around the world. 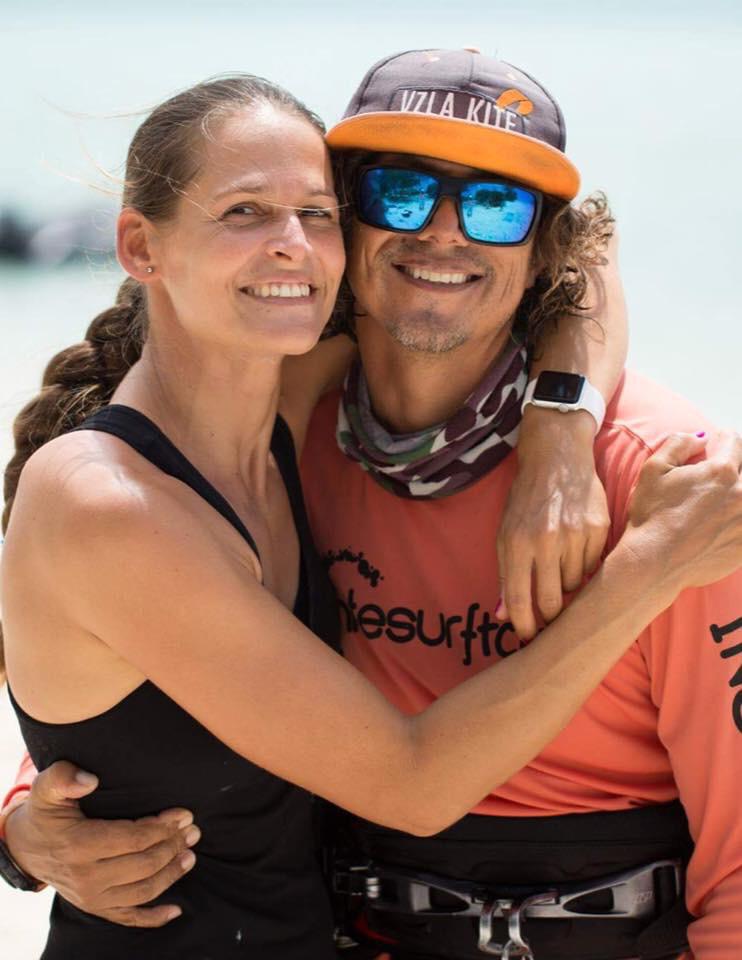 Pasztor told her Mother that a Spanish meets kiteboarding internet search translated to a vacation in Ecuador. Pasztor’s always supportive and somewhat prophetic parent could only reply, “Please don’t find a husband in a place that’s so far from home.”

On Pasztor’s third day in Manta, Ecuador, the owner of the kiteboarding school she found on the Internet picked her up at Spanish class and drove to scenic Santa Marianita Beach. At the time Pasztor spoke no Spanish, and her instructor, Robert Bedoya, spoke no Hungarian.

This initial meeting took place on a Monday. On Wednesday something happened that Pasztor will never forget. “We were walking at sunset on this beautiful beach. Pelicans were flying, the sky was this amazing color, and then we kissed. It was like a scene right out of a movie,” Pasztor recalled.

Believe in the Flow 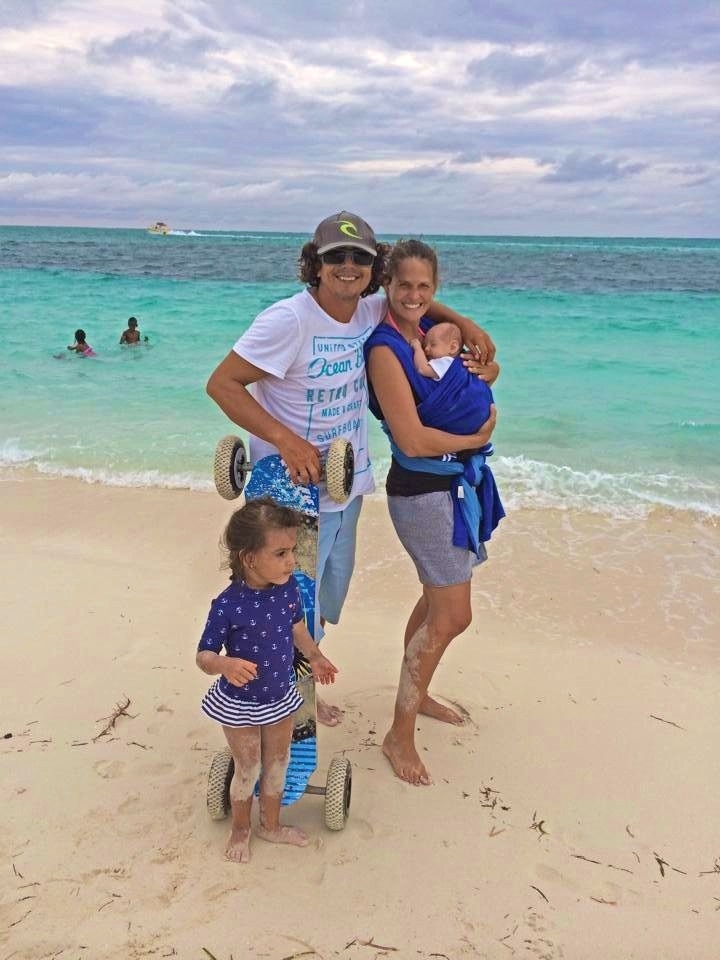 Pasztor had always believed in faith, fate, and flow. This new adventure in Ecuador just felt right. “Something seemed off in my banking career. After I met Robert, my life suddenly felt easy,” Pasztor said.

As she adapted to her new locale, new language. and new sport, she became conscious of how focused Bedoya was on his business and the future. Pasztor was never one to shy away from asking direct questions, so during one of their rides back to the city of Manta, she asked Robert if he imagined children in his future. Bedoya’s answer was unflinching and equally direct. Robert believed that he would have a boy and a girl. Then he continued with a remark that Pasztor could only attribute to fate.

“I was startled when Robert said that his children’s names would start with the letter M. This was remarkable, because as a child I remember carving the letter M into my desk. I had always wondered if this letter had special meaning in my life,” Pasztor said. 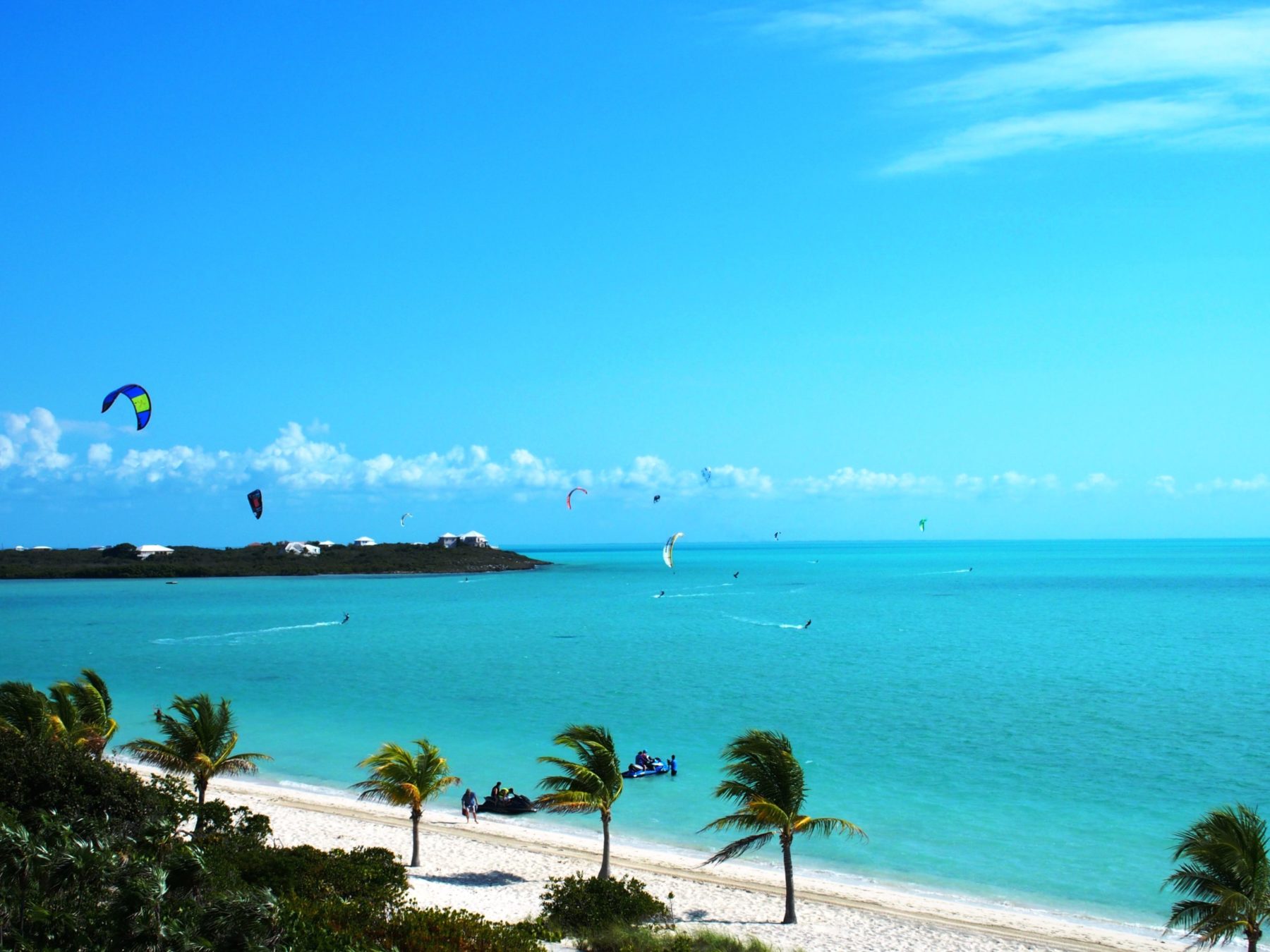 A one month vacation extended to two months and then continued for two years in Ecuador. In 2010, Pasztor and Bedoya discussed having a child together. Pasztor became pregnant a month later.

The couple moved to Bedoya’s native Colombia for the birth of their daughter Maya. For the next two years Robert bounced between Ecuador and Colombia running his business while Anett stayed at home with their baby. A friend of Robert’s told him to consider relocating to the Turks and Caicos Island of Providenciales. He said the kiteboarding on Providenciales’ Long Bay Beach was phenomenal. In 2012, Robert sold his Ecuador business and with little Maya in tow, the couple moved to Providenciales.

Upon arrival, Robert and Anett loved nearly everything about Turk and Caicos’ most inhabited island. They discovered a beautiful landscape, it was safe, and it was a healthy place to raise children. 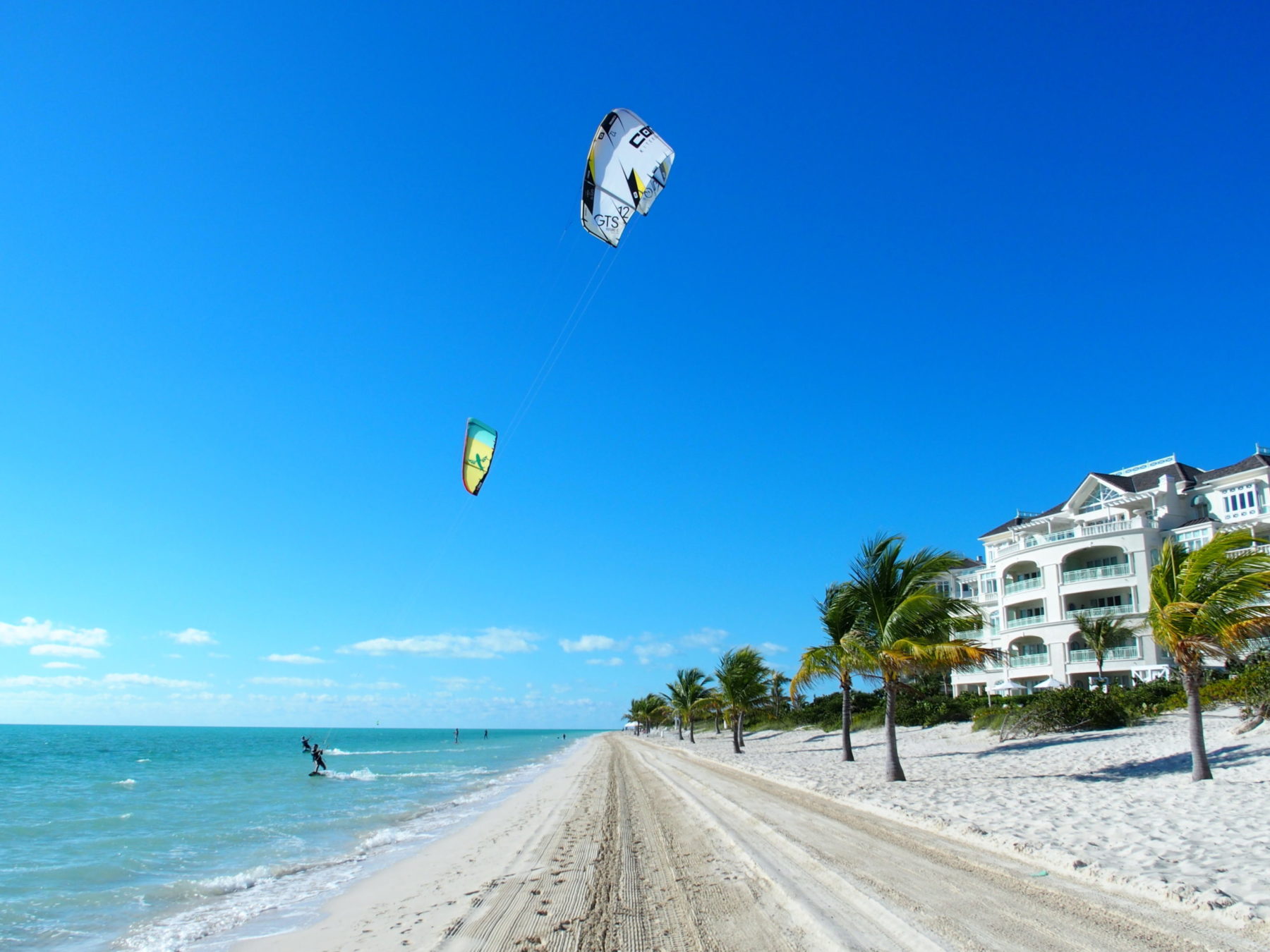 From a kiteboarding standpoint, Long Bay Beach had everything you could ask for. All the kiteboarding conditions are as good as it gets. There is shallow water, low waves, no sharks, sand rather than rocks, idyllic temperatures, and the winds are steady.

“Everyone who comes here says the same thing. The conditions are perfect. The saying goes that if you can’t learn to kiteboard here, it’s not for you,” Pasztor said. 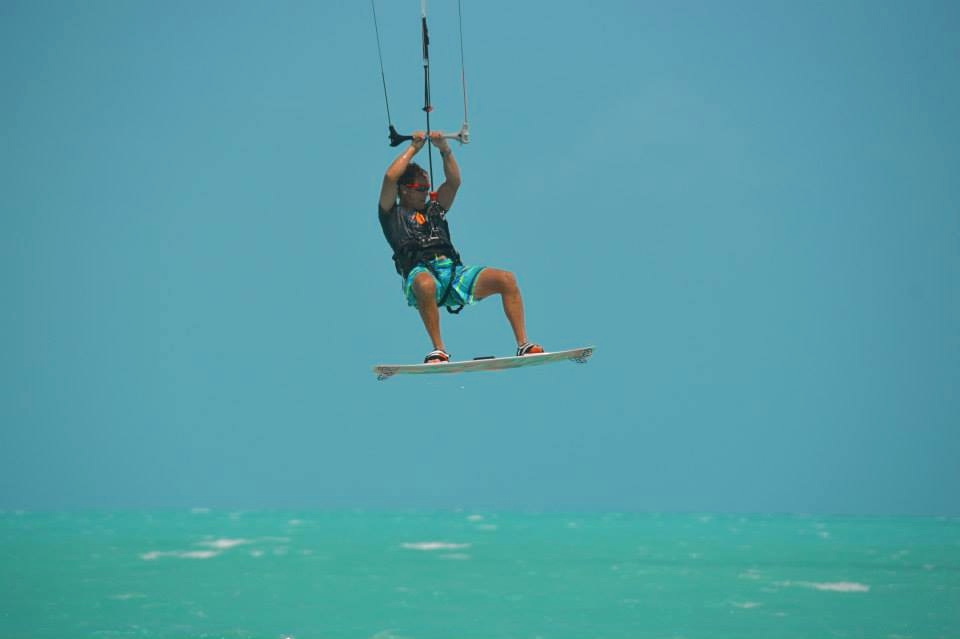 The island had a single drawback. “It was really expensive to get a work permit and operate a business. We spent every nickel during our first three months on the island. Times were pretty rough in the beginning,” Pasztor said.

Kiteboarders From Around the World 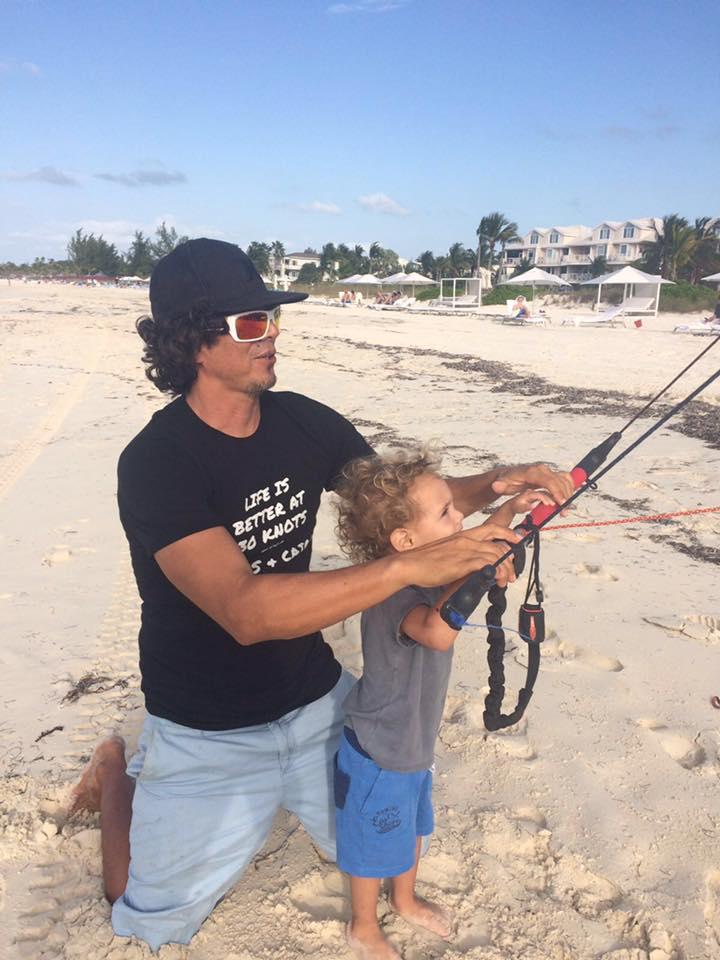 Robert always believed in buying the very best kiteboarding equipment for his business. He finally was issued a work permit. After some initially lean times the business started to gain momentum.

In 2017, Robert and Anett bought out their kiteboarding business partner. Going solo with Waterplay TCI freed them up to expand their business to include private boat tours, stand up paddle boarding, sailing, and eco-kayaking excursions. They also opened an indoor playground for children ages two to 12 called Playland TCI.

What’s On Tap for the Future? 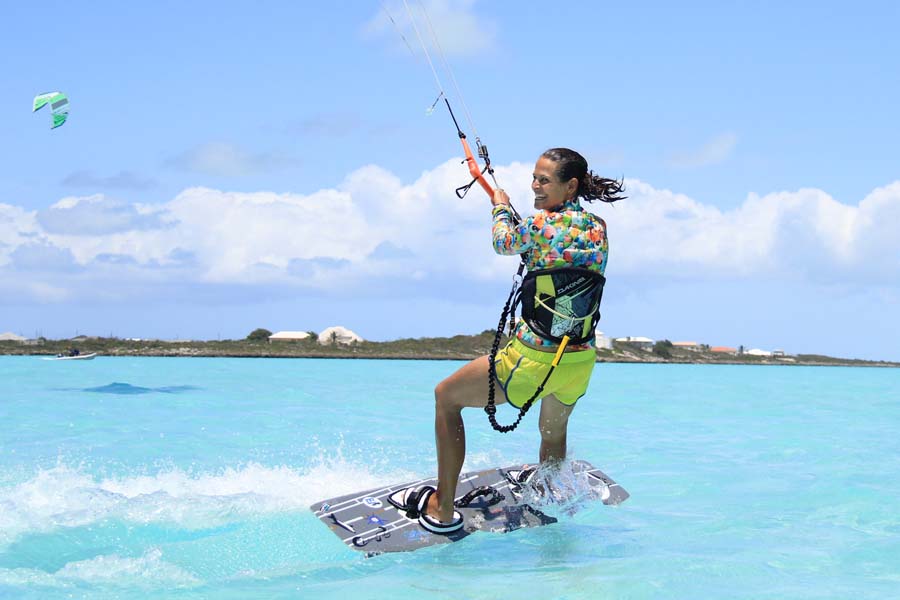 With their two children, three businesses and Anett even taking tap dancing lessons, you’d think Pasztor and Bedoya would slow down. “Actually we’re opening up a new school for children ages six through 12 in the fall,” Pasztor said

When asked how she and Robert find the time to do everything that’s on their plate, Pasztor smiled and shrugged. “We just go with the flow.”

One Comment on “Amazing Kiteboarding Journey to Turks and Caicos”