A Career That Cooks
in Eleuthera 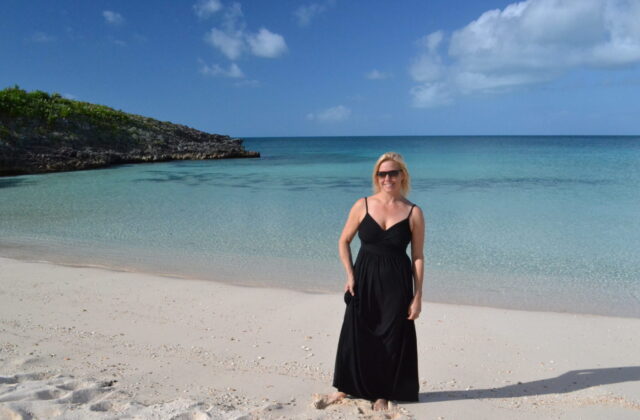 In  2006, Tricia Ferguson received a desperate phone call from a girlfriend working on Harbour Island in the Bahamas. “My friend needed a personal chef to prepare meals for Richard Gere. Up until that point, my cooking expertise was hosting dinner parties,” Ferguson said.

At the time of the call, Tricia and her husband David were living on the neighboring Bahamian island of Eleuthera. After much discussion, Ferguson agreed to the cooking gig. The next day, Ferguson remembers standing in the kitchen and wavering a bit as Gere walked up and introduced himself.

As would happen many times before and after in her business life, Ferguson thought she was over her head with this cooking assignment. What made this job especially daunting was the pedestal she inserted under the person who would be her boss for a week. “An Office and a Gentleman was my all-time favorite movie. I couldn’t believe Richard Gere felt he needed to introduce himself,” Ferguson said with a smile.

An Officer and a Cooking Career 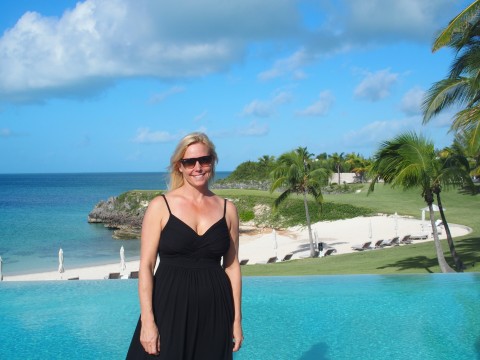 Ferguson must have done something right while cooking for Gere. Soon afterward, one Harbour Island personal chef job piled into another, and this continued for five years. “Trish was absolutely on fire. Her cooking was super in demand,” husband David Ferguson recalled.

In 2012, Tricia decided to quantify her  cooking skills by adding culinary training to her hands-on experience. David’s piloting career took him to Salt Lake City and while there, Tricia received a degree from the Art Institute’s international culinary program. “Living in Salt Lake City was a win-win for us. Tricia got to go to school, and I got to ski,” David said.

During their time in Salt Lake City, Tricia and David continued to visit their beloved Eleuthera. While snorkeling in the Caribbean Sea, the couple noticed an exotic fish they’d never see before. “Our Google search revealed it was a lionfish, an invasive species to the Caribbean,” Tricia recalled.

Throwing the Book at Lionfish 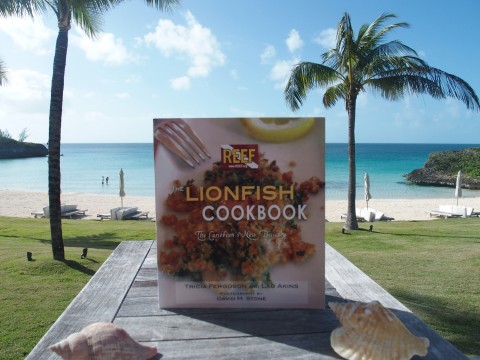 Lionfish are voracious predators, and their appetite has wiped out populations of fish from the Caribbean to as far north as Rhode Island. Tricia contacted the Reef Environmental Education Foundation to see if there was anything she could do to assist in their lionfish efforts. Tricia ultimately decided to create a cookbook with dozens of recipes featuring this tasty whitefish.

Over the past three years, The Lionfish Cookbook has generated thousands of dollars for marine conservation and educating about lionfish. Tricia’s willingness to dive into the deep end on this endeavor not only helped a great cause, the cookbook added a bullet point to her resume. “Now I’m a published author. Who knew?” Trish said.

Running a 5-Star Resort
In 2014, Ferguson again found herself answering questions about what she could and could not do. The person quizzing her on his G4 airplane was Sidney Torres, a New Orleans-based entrepreneur who made millions in the waste management industry. Ferguson met Torres via Eleuthera’s highest profile resident, musician Lenny Kravitz. Torres had turned his attentions to building a luxury resort in Eleuthera, and now he felt Ferguson was qualified to serve as an acting GM while his General Manager was on vacation.

“David and I had been living in Anchorage, Alaska.  I needed to consider relocating to Eleuthera year-round, as well as train for a hotel management position at The Cove. The responsibility of running a hotel while the GM was gone, was a lot to think about,” Ferguson said.

Just like the 40-acre island resort he created from scratch, Torres saw something in Ferguson that she didn’t see in herself. The entrepreneur’s powers of persuasion were undeniable. Ferguson made the leap into the uncharted waters of running a five-star resort. 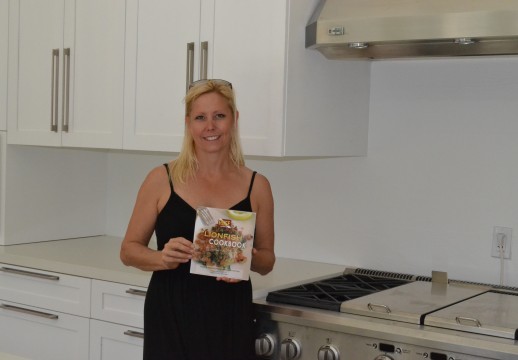 Ferguson couldn’t help but laugh upon reflecting on her first days as a hotel GM. “I no sooner started than my husband left for Miami to resume working as a pilot for UPS. Sidney returned to his business ventures in New Orleans, and Chorten Wangyel, The Cove’s full-time General Manager, left for his two month vacation in Bhutan. I realized I’m all alone running a hotel with 106 employees. I didn’t sleep for three nights,” Ferguson said.

In November of 2015, Chorten Wangyel again returned to The Cove from his vacation. That meant Tricia Ferguson could catch her breath while anticipating the Caribbean “high season” when the resort is near full capacity. The winter months are also when the Ferguson home always has a house guest looking to revel in Eleuthera’s paradise-like temperatures. If life ever simmers down for Tricia, she’ll curl up with a bottle of red wine and watch An Officer and a Gentleman.

2 Comments on “A Career That Cooks
in Eleuthera”